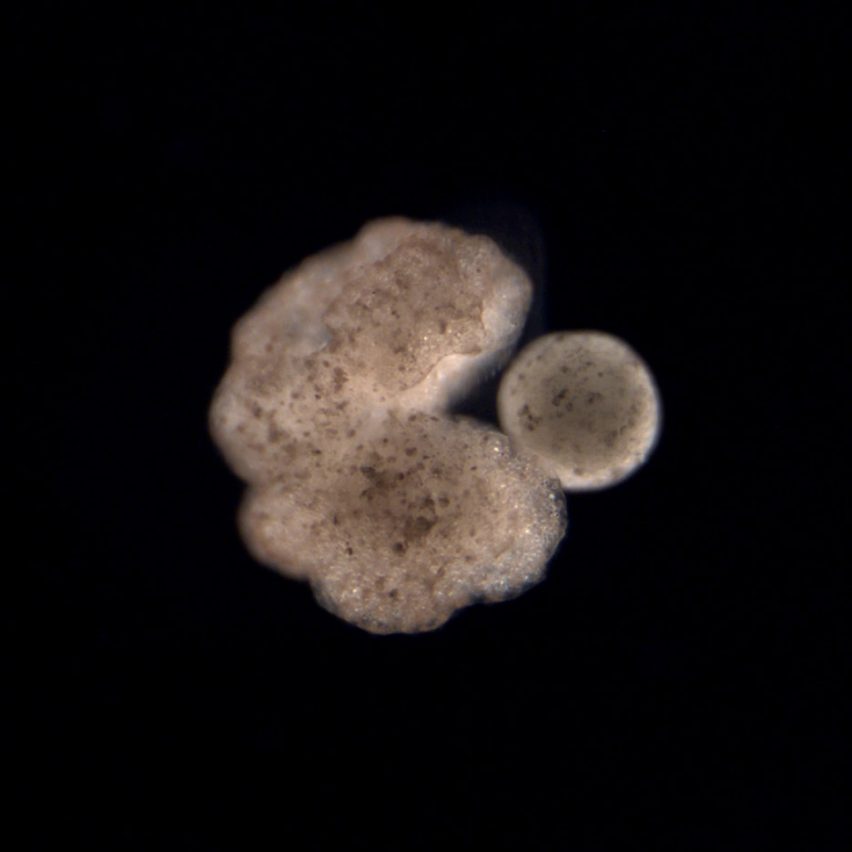 Scientists behind the world’s first living robots have learned that these xenobots can reproduce and generate offspring, in a discovery that they say could help to explain the origin of life on Earth.

The programmable organisms were originally created last year by researchers from the University of Vermont, Tufts University and Harvard’s Wyss Institute using stem cells sourced from embryos of the African clawed frog.

By combining these cells into different AI-optimised configurations, the scientists were able to create bots that perform different functions from walking and swimming to working together in a swarm, with their shape dictating their basic behaviour.

Now, a peer-reviewed study published in scientific journal PNAS, has revealed that when formed into the right shape – one reminiscent of 80s video game character Pac-Man – the bots are also able to “spontaneously self-replicate”.

This is possible via a method called kinematic replication, which sees the parent xenobots gather up tiny frog stem cells in a petri dish using their V-shaped “mouthes”, bundling them together into larger cell clusters that eventually become new baby xenobots.

This sort of replication has so far only been observed on a molecular level, never in any other animal, plant, organism or cell.

“This is profound,” said Michael Levin, director of the Allen Discovery Center at Tufts University and co-leader of the new research.

“These cells have the genome of a frog but, freed from becoming tadpoles, they use their collective intelligence, a plasticity, to do something astounding.”

An evolutionary algorithm determined the Pac-Man shape to be the most efficient at helping the living robots to replicate, with each spawning up to five generations of descendants. 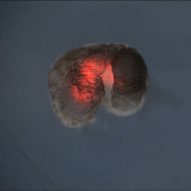 But so far, no matter what shape the parent xenobots take, they are only able to produce spherical offspring, which are slightly worse at replicating due to their lack of a V-shaped “mouth”.

“Right now we are using genetically unmodified frog cells, and these cells naturally form spheres when brought into contact with each other,” the study’s lead author Sam Kriegman told Dezeen.

“Future work will investigate how to change the adhesion properties of these cells such that parents can form offspring with complementary shapes.”

Xenobots can live for up to a couple of weeks in an aquatic environment before biodegrading.

The hope is that the living robots could one day be deployed to pull microplastics out of waterways and build new medicines that can replace or regenerate human cells, tackling everything from birth defects to cancer.

Importantly, the latest study also shows that kinematic self-replication is possible in cellular life forms, which the authors say “may have been essential in the origin of life”.

“The ability of xenobots to do the things they do despite being in a novel configuration, which did not exist in the frog lineage, is an example of plasticity, of problem-solving by living systems,” Levin explained.

“It shows us that life can exhibit interesting and powerful anatomical architectures and behaviours that are not directly selected for. Thus, it sheds light on the progress of life.”

Other advances in merging robotics with living systems have seen MIT researchers turn plants into sensors and displays, as well as using their bioelectrical signals to control a wheeled robot.

The images are courtesy of Douglas Blackiston and Sam Kriegman.