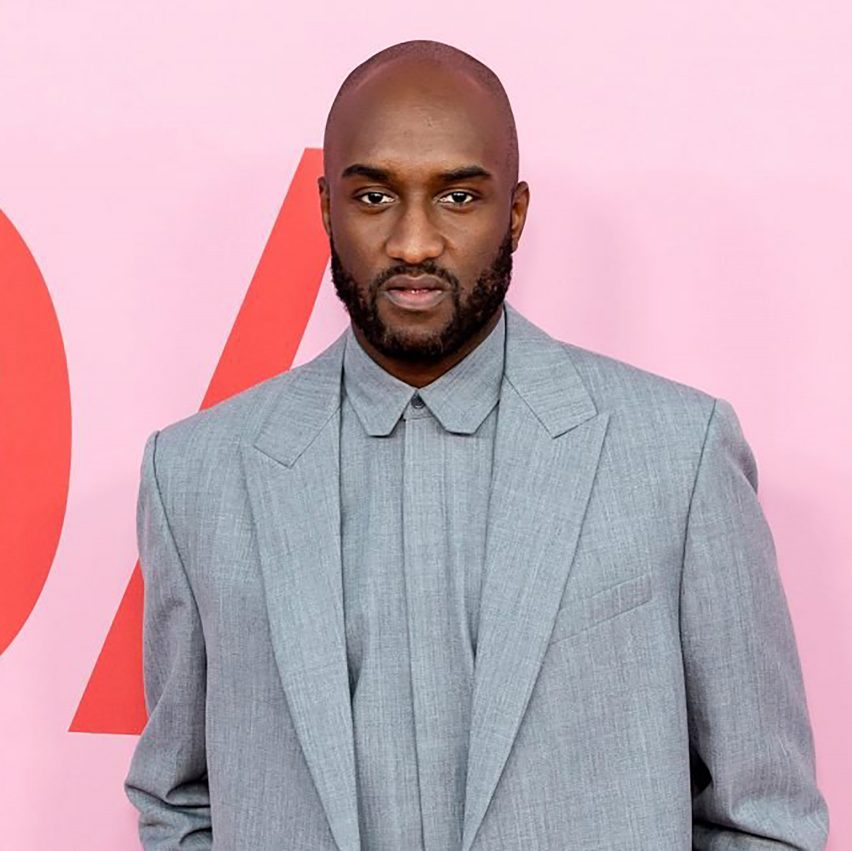 This week on Dezeen, we covered the news that Off-White founder and Louis Vuitton artistic director Virgil Abloh passed away aged 41.

Abloh died on Sunday from a “rare, aggressive form of cancer”, which he had fought in private for the past two years.

Following his death, there was an outpouring of tributes paid by designers and creatives, including architects David Adjaye and Dong-Ping Wong.

Following the news of Abloh’s death, we looked at 10 projects that illustrated his boundary-pushing approach. These included an IKEA receipt rug and his re-imagining of Nike’s most iconic trainers.

During Miami art week, German car brand Mercedes-Benz revealed a solar-cell-powered electric car designed by Abloh. Unveiled with his family’s blessing, the car has a transparent front bonnet that covers solar cells that would be used to charge its battery.

The video artwork shows the sculpture, which will form part of an underwater park near Miami Beach, starting in a gallery space before being submerged in the sea and covered with coral.

In Paris, the row over the restoration of the fire-gutted Notre-Dame cathedral was in the news as plans to give the interior a tourist-friendly makeover emerged.

According to a report in the Daily Telegraph newspaper, new light and sound effects will be installed to create “emotional spaces”, while confessional boxes, altars and sculptures will be replaced with modern art murals.

As the year draws to a close we began our review of 2021. We kicked off by looking at 10 of the most striking and interesting houses featured on Dezeen this year.

We also looked at 10 of the best cabins on Dezeen this year, including a metal tube in Russia and a house on stilts in the Brazilian forest.

Popular projects this week included a cork-covered home in Upstate New York, a remote stone cottage in the Scottish Highlands and a holiday home informed by walled fortresses in Portugal.

Our lookbooks this week focused on green bathrooms with a retro feel and texture-heavy restaurant interiors filled with natural materials.