Wonho Lee creates Brise fan hidden inside a side table 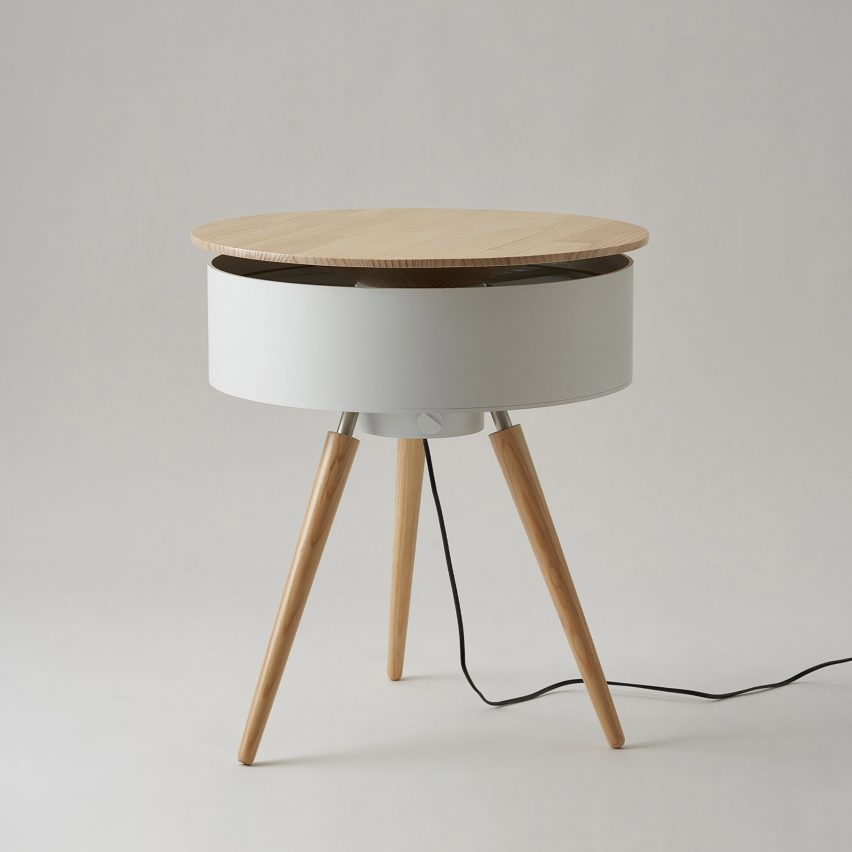 An electric fan is disguised as an understated side table in Brise, a student project from Hongik University graduate Wonho Lee.

The Brise fan mechanism is concealed within a round table topped with Douglas fir wood. Air enters through the bottom of the unit and is pushed up and out by the electric fan inside.

The fan generates enough air circulation to feel like a “natural breeze”, according to Lee, and has the benefit of aiding ventilation as well as lightly cooling the room.

Lee was inspired to create Brise after noticing that his friends were opting for air-conditioning over electric fans due to a lack of space, particularly in single-person homes.

They did not want an appliance that was going to sit unused for most of the year, taking up space and gathering dust – dust that would only make them more unlikely to want to use the fan again the following summer.

“In my small room, my fan has been used during summer and it just stands there with dust after the season,” he added. “I found that it becomes useless periodically and it is a waste of space.” 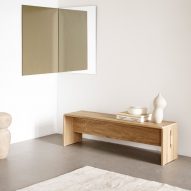 Instead, Lee created Brise, which is named after the French word for “breeze”. The working prototype is made from CNC-ed Douglas fir wood, laser-cut aluminium, stainless steel and spray-painted acrylic.

Its circular white body encases an electric fan. Air is drawn in from underneath the unit and emerges from a thin opening at its top, where a curved wooden component disperses it in all directions. This wooden top also functions as a practical tabletop.

Lee said its curved design is designed to be aesthetically pleasing, but also to make the fanned air feel more like a gentle breeze than an artificial wind. A dial allows the fan to be switched between three power levels.

Lee studied electronic engineering before his design degree at Hongik University, and exhibited Brise there in January 2020.

Brise was shortlisted in the furniture category of the 2021 Dezeen Awards, which was ultimately won by Cecile Manz’ flatpack Plint design, a wooden coffee table that is assembled with leather loops.

The post Wonho Lee creates Brise fan hidden inside a side table appeared first on Dezeen.