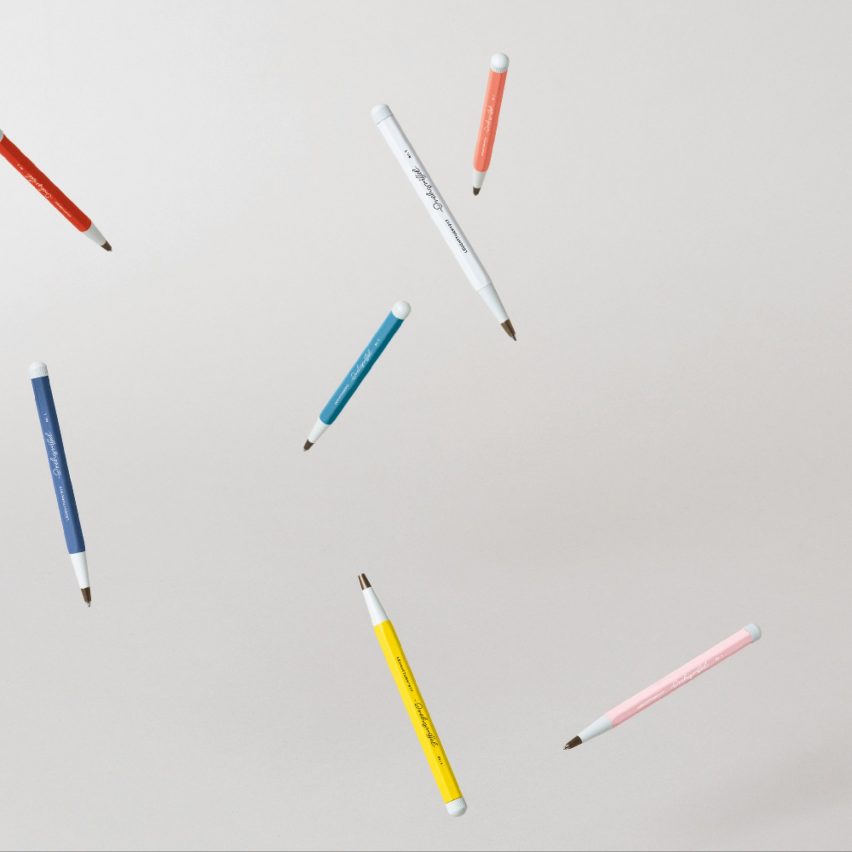 German design firm Paperlux Studio has collaborated with stationery brand Leuchtturm1917 to develop a ballpoint pen made from milled aluminium and brass that evokes a design from the company’s past.

Paperlux Studio was responsible for the branding and product design of the Drehgriffel Nr. 1 ballpoint pen, which is nominated in the workplace design category of Dezeen Awards 2021.

The name Drehgriffel is derived from the words ‘dreh’, meaning to twist, and ‘griffel’, which describes a stylus – the oldest writing utensil in the world.

“This writing instrument was intended to be something truly special – the perfect combination of an iconic design and a distinctive writing experience,” said Paperlux Studio.

The ballpoint pen comprises a hexagonal barrel made from precision-milled aluminium with a spring-loaded twisting mechanism for extending the nib.

The choice of materials ensures the pen has a lightweight feel, while the hexagonal profile makes it comfortable to grip. The aluminium and brass elements are lacquered and sealed to provide a long-lasting finish. 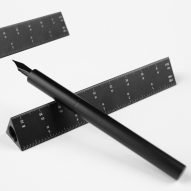 Drehgriffel’s design was inspired by a pen dating back to the 1920s – the era in which Leuchtturm1917 was founded and began developing its products.

The word mark ‘Drehgriffel’ appears on the barrel in a font called Sütterlin, which was a handwriting script taught in German schools in the 1920s.

This standard lettering was developed by Berlin-based graphic artist Ludwig Sütterlin and was widely used throughout Germany, replacing the older cursive scripts, before it was banned by the Nazi Party in 1941.

The Drehgriffel pen is available in seven standard colours and four special edition variations, with the tapered tip and twisting section made from a contrasting colour to the barrel.

The colours chosen for the barrel match those of Leuchtturm1917’s range of planners, notebooks and pen loops. A factory-fitted cartridge with Royal Blue ink can be replaced with blue or black ink refills with different nib sizes.

The Drehgriffel Nr. 1 is presented in a triangular gift box with the Leuchtturm1917 branding. The company has also produced a special edition of the pen in black and brass for publisher Monocle.

The pen is shortlisted in the workplace design category of Dezeen Awards alongside projects including a compact and modular chair designed by Nendo for Stellar Works, and a desk for solo working in open-plan spaces by London studio Industrial Facility.

The post Leuchtturm1917's Drehgriffel pen is a modern take on a 1920s design appeared first on Dezeen.