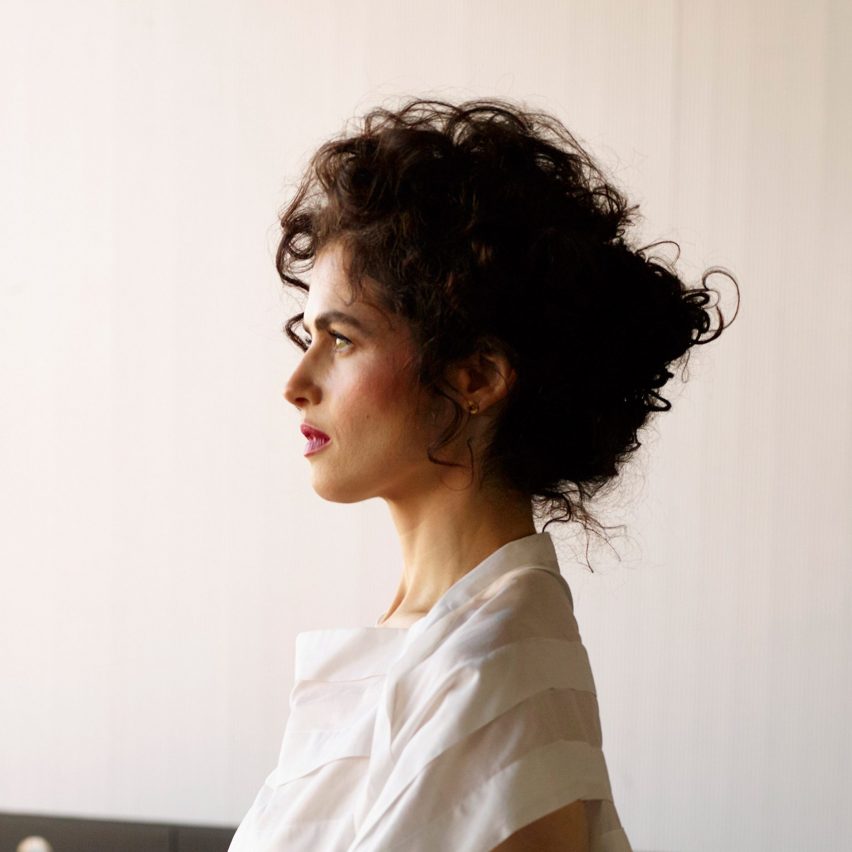 The final week of the Dezeen 15 digital festival saw former MIT professor Neri Oxman unveil details of her new Manhattan studio, while Aric Chen called for the death of manifestos.

Throughout the festival, a total of 15 creatives presented ideas for how to change the world over the next 15 years. Running from 1 to 19 November, it featured a different manifesto and live interview each weekday. See the line-up here.

Read on for some of the highlights of the third week:

Day 15: Architect and designer Oxman used her Dezeen 15 manifesto and an accompanying movie to set out the vision for her new studio.

“We envision it as a kind of a Bell Labs of the 21st century,” she said in a live interview, comparing it to the legendary innovation department of US telecoms giant AT&T.

The department is regarded as one of the most important research labs of the twentieth century, pioneering the development of technologies including lasers, transistors and photovoltaics.

Oxman spoke live to Dezeen from the unfinished studio space at 787 11th Avenue, which she said will host “an architectural atelier, a wet lab, a biomechatronics shop and electronics shop and a machine shop”.

“It will be a place where interdisciplinary design across scales, across problem contexts and across domains can take place,” said Oxman, who previously led the Mediated Matter Group at MIT.

“It’s carrying through the same spirit of the Mediated Matter Group but this time not stopping with speculative design but looking into how might these designs actually contribute to a better world through tackling real-world commissions.”

In addition to the manifesto, movie and interview, Oxman wrote about two of her projects to help explain her philosophy, describing the Synthetic Apiary II project that investigates the way bees build hives and the robotically fabricated Aguahoja III pavilion.

Day 11: The new head of Rotterdam’s Het Nieuwe Instituut fired a broadside at the notion of verbose manifestos for “resulting most frequently in empty platitudes at best and totalitarian visions at worst.”

Instead, institutions like his need to replace speculation with a more proactive form of “enacted speculation,” Chen wrote in his manifesto.

Day 12: Natsai Audrey Chieza called for designers to help ensure that emerging biotechnologies are used to create an equitable future. This means helping to design systems within which these technologies can thrive.

“If we want a truly equitable future, we have to create the circumstances in which one can happen,” she wrote in her manifesto. “Inequality is a design choice. Design creates and perpetuates those systems. It can transform them too.”

“We propose externalities as a metric of sustainability” says Joseph Grima

Day 13: Joseph Grima‘s manifesto calls for a new type of non-extractive architecture that does not exploit either human or natural resources. This would avoid “externalities,” which are costs imposed on third parties without their agreement.

Instead, Grima suggests that externalities should be measured as part of an architecture project with architects striving to eliminate them.

“The reality is that a far broader and more ambitious reassessment of human activities is urgently needed,” he wrote in his manifesto. “In the place of energy efficiency, we propose to consider externalities as a metric of sustainability.”

Day 14: Superflux cofounders Anab Jain and Jon Ardern called for the end of “human exceptionalism” in their manifesto, setting out a new terminology that could help humanity’s destructive tendencies.

“Fixing” should be replaced by “caring” for example, while “planning” would be scrapped in favour of “gardening”.

“Our actions have caused disastrous imbalances,” they wrote in their manifesto. “We believe that humankind needs to think beyond itself.”

The post Highlights from week three of Dezeen 15 include Neri Oxman unveiling details of her new "Bell Labs of the 21st century" appeared first on Dezeen.