This week Hyundai released an electric version of a 1980s car 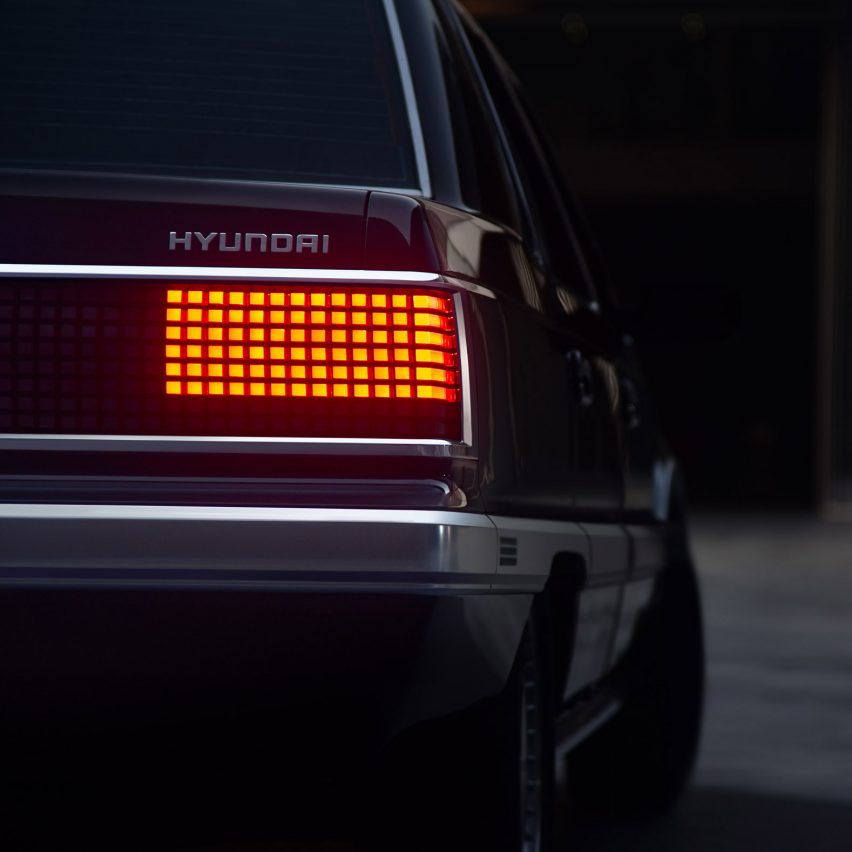 In our roundup of this week on Dezeen, highlights include the launch of the Heritage Series Grandeur, an all-electric version of a vintage 1980s Hyundai saloon.

While the new version has the same boxy shape as the original Grandeur, it now also features pixel-style LED headlights and taillights and has been given a luxury interior makeover.

In the comments section, Dezeen readers were appreciative of the new design, calling it “elegant” and “amazing.” However, the Heritage Series Grandeur was built as a concept car to celebrate the original’s 35th anniversary and won’t go into production.

We also celebrated our 15th birthday this week and shared messages from famous and non-famous readers including Norman Foster, 75-year-old architect Pedro Saturno and Kusalta Shrestha, who first “stumbled upon Dezeen as a second-year architectural student in Australia”.

“I’m walking around the town feeling the wind of Dezeen,” wrote Japanese architect Kengo Kuma. “Dezeen, for me, is such a pleasant breeze.”

The Dezeen 15 digital festival wrapped up this week. The festival, which was held to celebrate Dezeen’s 15th birthday, saw 15 architects and designers propose ideas that could change the world in the next 15 years.

In her review, Chartier argues that not enough progress was made on the built environment despite new momentum.

Chartier’s sentiment was matched by other Cop26 attendees who gave the conference similarly low marks.

Figures from architecture and the built environment who were interviewed by Dezeen, including Andrew Waugh, said the event was “better than nothing but clearly insufficient”.

Herzog & de Meuron’s M+ museum opened to the public this week in Hong Kong. The T-shaped building houses a collection of contemporary visual works, some of which are to be displayed on the 66-metre-high LED display screen on the building’s facade.

The studio also unveiled new images of its Tour Triangle skyscraper, which is set to begin construction in Paris.

Criticism over plans for Munger Hall, a mostly windowless dormitory at the University of California, continues and a petition has been launched to stop its construction.

In an opinion piece for Dezeen, UCLA architecture professor and City Lab director Dana Cuff argued that the lodgings represent the university’s capitulation to “the whims of old white men” and said the development could lead to another Greta Thunberg moment.

Popular projects this week included a Chinese whiskey distillery, a residence with fireproofing features in Colorado that is made for a world in which warmer temperatures are a stark reality, and a two-storey ski cabin created as a holiday home.

Our lookbook this week focused on ten interiors that have exposed cross-laminated timber and a selection of creative gyms located inside residential homes.

The post This week Hyundai released an electric version of a 1980s car appeared first on Dezeen.