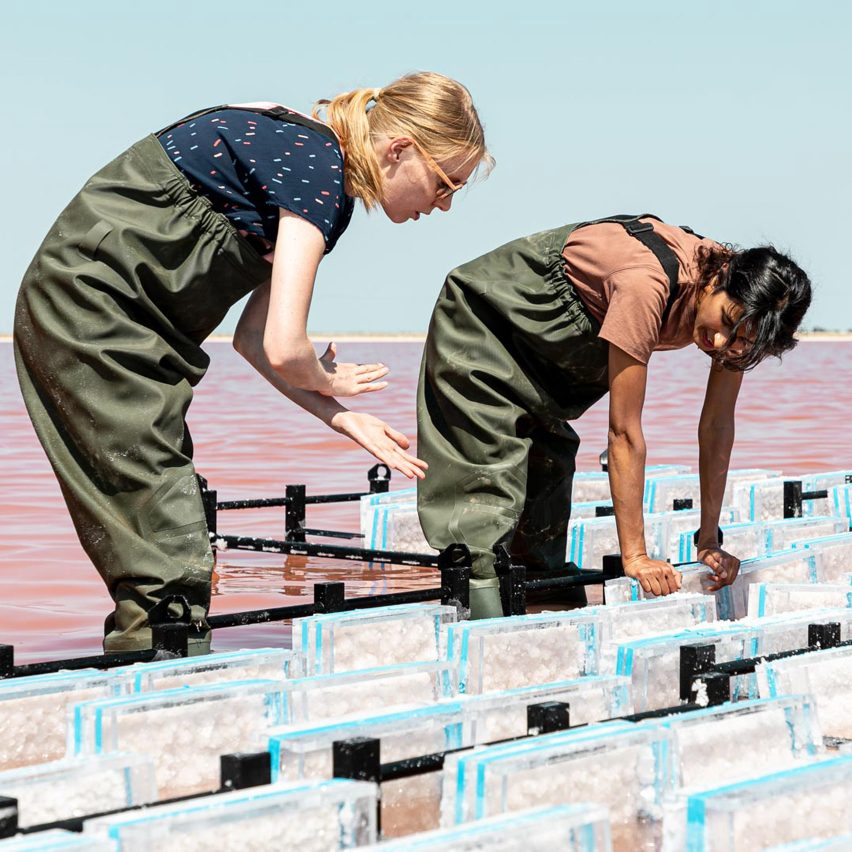 In our quest for new materials, we have overlooked abundant natural resources such as salt, writes designer and researcher Henna Burney of Atelier Luma in her manifesto for the Dezeen 15 digital festival.

“The future will be built with materials that are both new and old,” writes Burney in her manifesto. “Salt is a material of the future: an essential life-supporting mineral, ancient in its uses and abundant as a resource.”

Alongside her manifesto, Dezeen is publishing projects by Burney including cladding panels made from salt and software that could help other designers to work with the material.

The Dezeen 15 festival features 15 contributors presenting ideas that could change the world over the next 15 years. See the full line-up of contributors here. 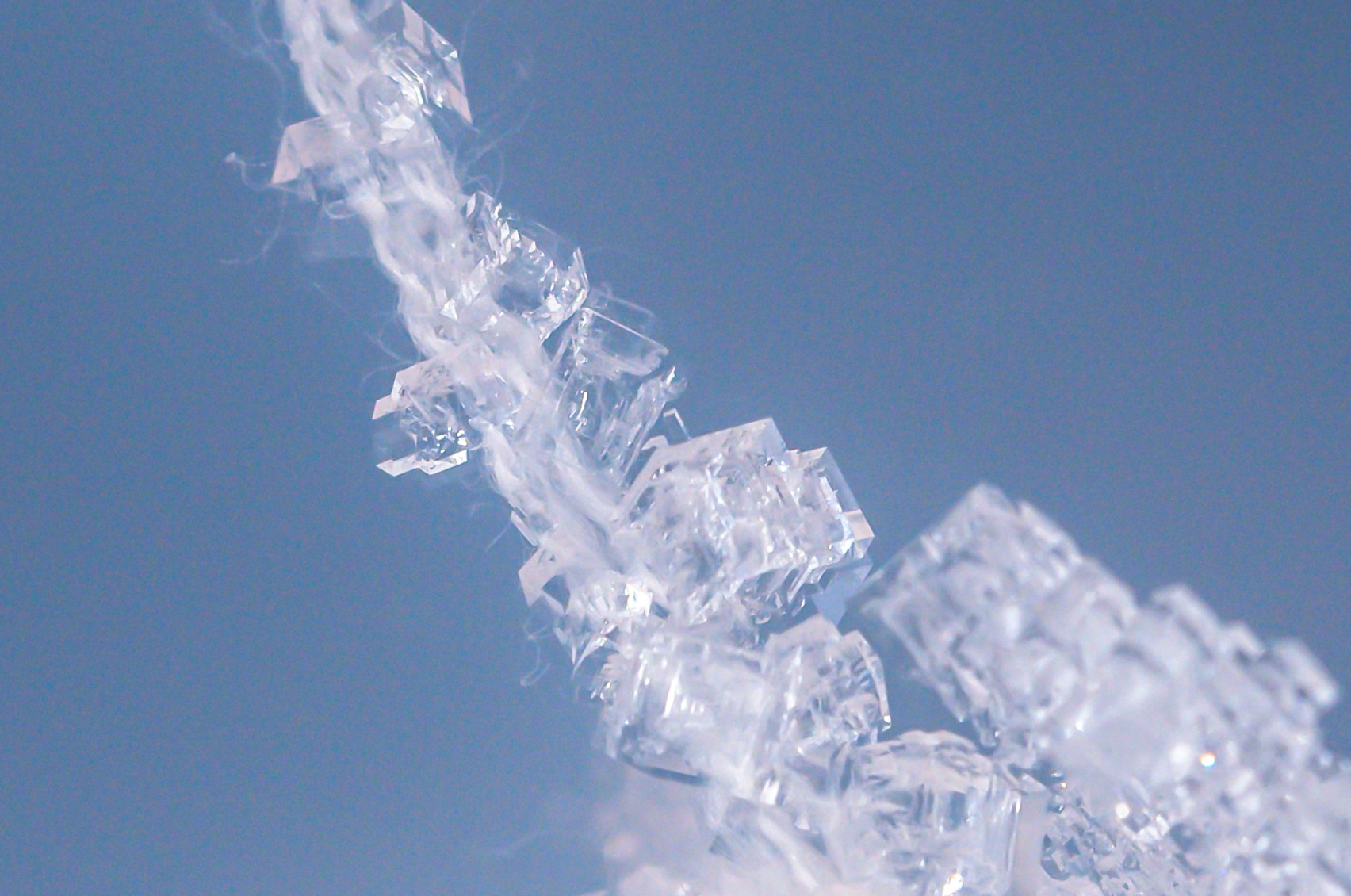 A Manifesto for Salt

The future will be built with materials that are both new and old. Salt is a material of the future: an essential life-supporting mineral, ancient in its uses and abundant as a resource.

Natural but overlooked materials such as salt have extraordinary potential. We only need to look around with fresh eyes, rediscover lost knowledge and chart new ways of thinking about materials and their ecosystems.

The Salt Crystals project at Atelier Luma uses salt in innovative ways that chart a different way of thinking about materials and their ecosystems.

Salt is essential for human life and preserves local ecosystems

At Atelier Luma, we know that salt has been firmly embedded in local and Mediterranean knowledge since ancient times. Throughout history, salt has been extremely valuable and was even used as currency at times. Its connections to politics and the economy are known but in the era of globalized commerce, salt has progressively lost its value.

Today, salt is an abundant material with little value. There is not enough research around it and not enough interest in all of its physical and mechanical properties. And yet it is a material with infinite potential.

At Atelier Luma, collaborative research in and around the territory of Arles and the Camargue – where salt industries have existed for generations – has shown the potential of salt as a high-value material, particularly when using its crystallization properties. How can we use salt crystallization processes to develop innovative applications and strengthen the historic local salt industry?

Atelier Luma’s collaborative approach, connecting diverse perspectives and knowledge from the region, proposes a new way to work with salt crystallization, exploring the potential of a natural process that is carbon neutral and produces no greenhouse gases.

The Salt Crystals project uses salt as the starting point to rethink not only the use and production of a material, but also to engage with systems thinking to propose new ecosystems of production, use, and local engagement. Currently, Atelier Luma’s research around salt properties is developing in four parallel tracks as outlined below.

A mineral composed primarily of sodium chloride, salt’s melting point hovers around 800 degrees Celsius, rendering it highly fire-resistant. This property was highlighted in the development of a cladding system for Frank Gehry’s tower at Luma Arles. Featuring 4,200 panels covering a surface of 560 square metres, in the first large-scale application of salt as a cladding material.

Salt is a reflector and diffuser of light

Thanks to the ionic organization of sodium and chloride, salt crystals are translucent and can be used as a diffuser. It is possible to design a light using the natural crystallization process, where salt becomes a diffuser. Using a custom-developed tool to calculate and mimic the growth of salt crystals, the process of designing with salt is made easier, helping to control, learn and predict the time needed for the intended crystallization result.

Salt is an effective germ destroyer. In a process known as osmosis, water passes out of bacteria to balance salt concentration on each side of its cell membrane. Without water, bacterial proteins such as enzymes cannot function and eventually the cell collapses. Designing objects made of salt, we can aim to reduce the transmission rates of viruses and other pathogens.

Salt is a catalyst for a new kind of energy

Using differences in salt concentration and reversed electrodialysis technology, it is possible to generate a source of energy. The salt marshes in the Rhone are close to the high flow of the Rhone river, creating a suitable environment for a reversed electrodialysis implantation. These salt marshes can become an alternative way to produce energy for local consumption in the near future.

The Salt Crystals project is a model for knowledge exchange and production, embedded in Atelier Luma’s mission to develop biomaterials as building blocks for new societal models and aim for systemic change. The project is led by Henna Burney in collaboration with the Atelier Luma team and Karlijn Sibbel.

Henna Burney is a product designer at the design and research laboratory Atelier Luma in Arles, France. Her research involves developing new types of biomaterials.

The post "Salt is a material of the future" says Henna Burney of Atelier Luma appeared first on Dezeen.