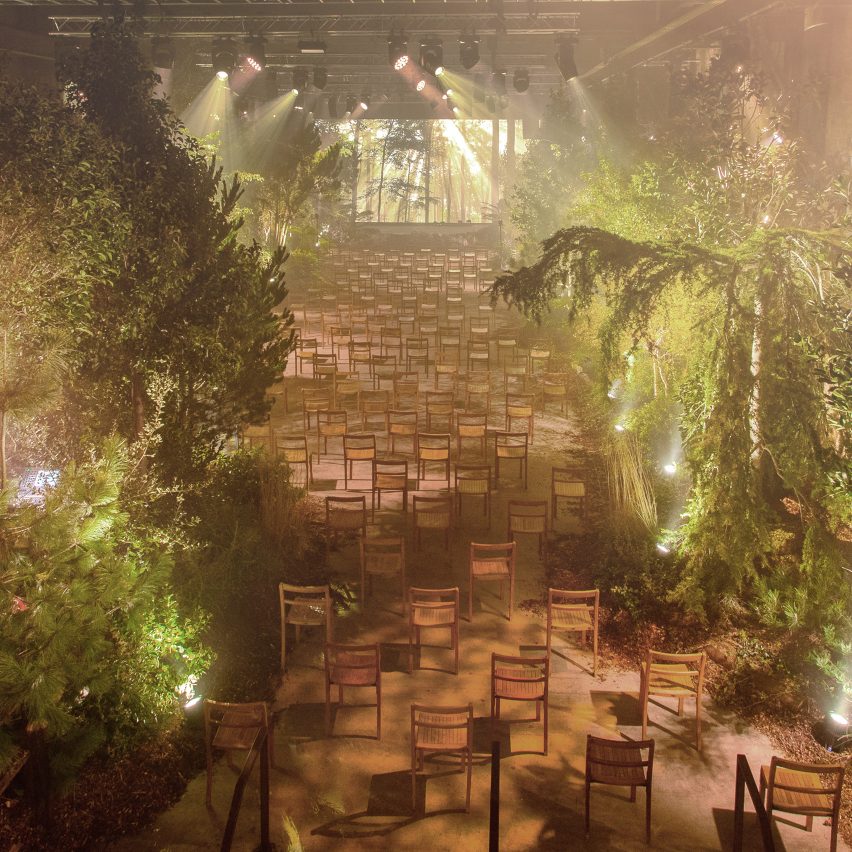 Artists and designers are turning away from working on projects that damage the planet and instead exploring ways to benefit it, according to Es Devlin.

“I’ve observed in my colleagues that there is already a burgeoning sense that this is the way we want to practice,” she told Dezeen.

“I don’t think we want the burden of having done harm on our conscience.”

The artist and designer made the claim in a video interview last week as part of the Dezeen 15 digital festival.

Devlin was speaking live from the COP26 climate conferencein Glasgow, where she has created an installation of 197 potted trees for the New York Times Climate Hub.

The trees, which represent the 197 countries that have ratified the United Nations Framework Convention on Climate Change, will be permanently planted after the conference ends.

Devlin said that projects of this nature are becoming commonplace as creatives assess the damage their profession is doing to the environment.

“As Hans Ulrich Obrist has been finding in a lot of his conversations, quite a lot of artists and designers would rather make gardens at the moment to try and do no harm,” she said, referring to the artistic director of the Serpentine Galleries. 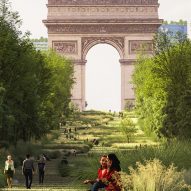 Devlin claimed her Glasgow project is carbon negative since “the carbon embedded in the transportation of these trees and the temporary installation of them is far outweighed by the carbon they will sequester in their lifespan.”

“They are all local species chosen specifically to survive well once planted on a site in Glasgow,” she said.

Trees used in another project at Somerset House earlier this year as part of the London Design Biennale have already been replanted in Southwark and Islington in London.

“They are sequestering the carbon that they emitted in the process of setting that exhibition up,” she said.

In her manifesto for Dezeen 15, Devlin called for cars to be replaced by trees in cities around the world. She also proposed that architects and designers sign “a code of conduct like a Hippocratic oath in medicine or an ethical code of practice in law and accounting, promising to do no harm to the planet as they practice.”

The Dezeen 15 festival, which celebrates Dezeen’s 15th birthday, will see a total of 15 creatives present ideas for how to change the world over the next 15 years. Running from 1 to 19 November, it will feature a different manifesto and live interview each weekday. See the line-up here.

The photography is courtesy of Es Devlin.

The post Designers "would rather make gardens" to avoid harming the environment says Es Devlin appeared first on Dezeen.