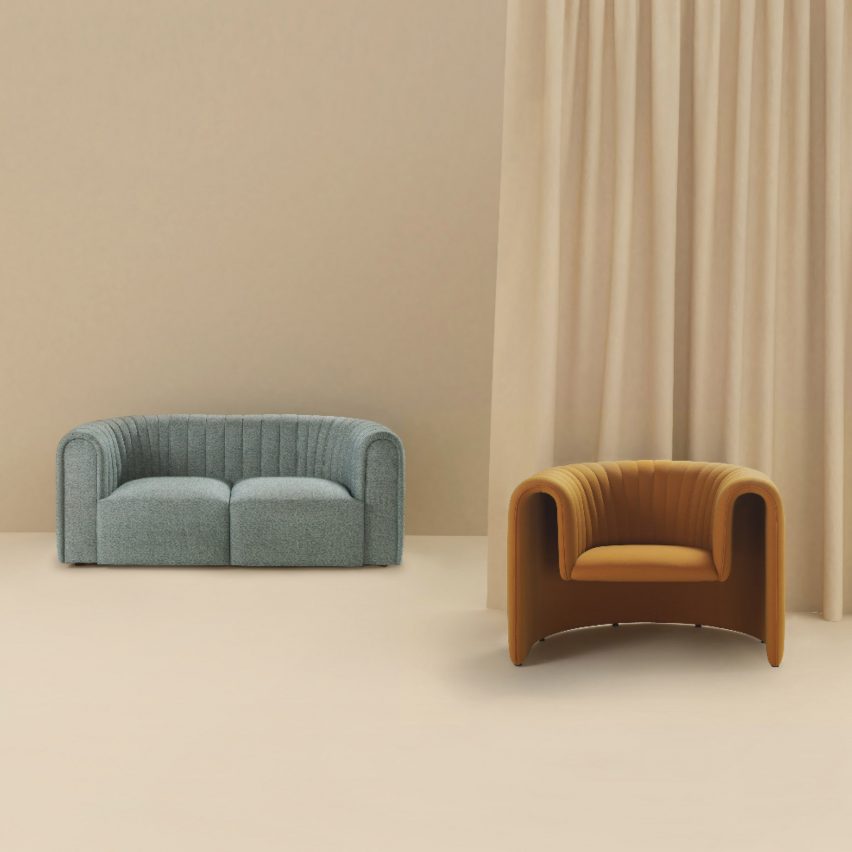 The designs, which form part of a wider collection called Void Matters, are all based on the same basic form.

But while the Core sofas and armchairs feature a solid base the Remnant lounger is hollow, resulting in opposing yet complementary designs.

The products were designed as explorations of negative and positive space, terms that are typically used to describe interiors and architecture.

So Note Design Studio approached the design process for the furniture in the same way as it would a spatial project.

“We have a space, so what do we fill that space with,” the studio questioned. “What happens when we remove matter from the space? What is left?”

“One thing gave way to another and eventually, we had a whole range of ideas and spatial shapes that we started refining into furniture pieces.”

For the Core range, Note Design Studio drew on sculptural design practices in order to create the impression of seats carved from a single block of material.

The Remnant armchair, on the other hand, resembles the outline of a seat rather than a seat itself, posing a considerable challenge for the design team.

The seat’s apparent weightlessness is achieved with the help of a triangulated metal structure.

This was inspired by architectural weight-distribution techniques and, according to Note Design Studio, took “a considerable amount of development, experimentation and engineering” to perfect.

Both the Core and the Remant ranges feature quilted backrests and come in a variety of fabrics and colours, including mustard yellow, dark green and light grey. 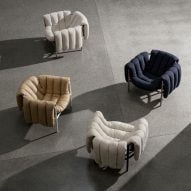 “The idea was to put emphasis on nothing, specifically on the negative space surrounding physical objects,” Note Design Studio said.

“By acknowledging this emptiness, it becomes a design element just as important as the objects themselves.”

“While positive shapes often are associated with strong, active qualities, negative space is calm and peaceful, and leaves room for interpretation,” the studio added.

“Our thesis was that the juxtaposition of these two relative spaces would bring something new and thought-provoking to a room.”

Core and Remnant have been shortlisted in the seating design category of this year’s Dezeen Awards.

Other projects nominated in the category include the Puffy Lounge Chair, created by Faye Toogood for Hem, and a cantilever chair by Jasper Morrison that is made of recyclable polypropylene rather than steel.

The post Note Design Studio creates Core and Remnant seats as opposite versions of the same silhouette appeared first on Dezeen.