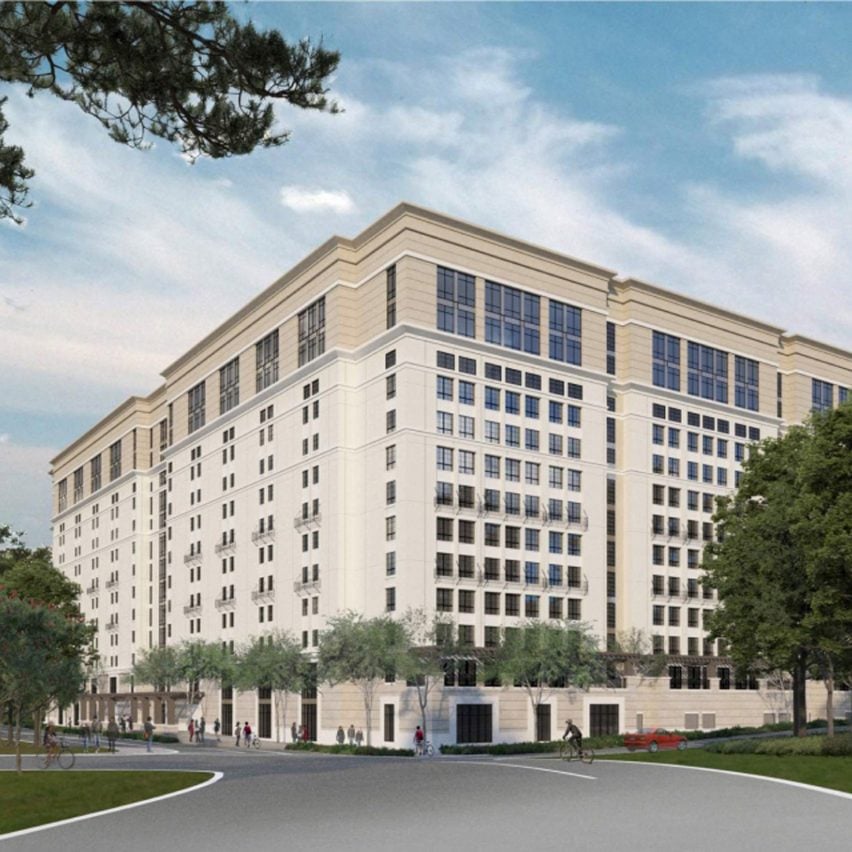 This week on Dezeen, a proposed university dormitory at the University of California was criticised for housing 90 per cent of its 4,500 students in windowless rooms.

Global attention was drawn to the building after architect Dennis McFadden stepped down from a University of California committee in protest of the design, which was conceived by billionaire donor Charles Munger.

In response to the criticism of the project, Munger explained in an interview that the project was created to be an improvement of Le Corbusier’s Unité d’Habitation in Marseille and that the decision to use virtual windows rather than actual windows was informed by Disney Cruises.

Dezeen 15 kicked off this week. As part of the festival to celebrate Dezeen’s 15th birthday later this month, 15 creatives are proposing ideas that can change the world over the next 15 years.

This week also saw the COP26 climate conference begin in Glasgow. At the event, Norman Foster called for “higher standards” on embodied carbon, while Bjarke Ingels said a “hedonistic” future could be better for the environment.

As part of our daily coverage we also reported on an installation created by Morag Myerscough and the centre piece of the Build Better Now virtual pavilion, designed by architecture studio Make.

An exhibition to celebrate the 80th anniversary of Charles and Ray Eames establishing Eames Office opened this week in Japan.

To mark the occasion Eames Demetrios, who is the grandson of the Eameses and director of the studio, shared his highlights from the 80 Years of Design exhibition.

In design news, Mathieu Lehanneur redesigned the Renault 4L to turn it into a nomadic hotel suite with panoramic windows.

The French designer created the vehicle to mark its 60th anniversary.

Popular projects this week included a spa in a series of Corten-clad cabins in Latvia, an apartment block in Copenhagen that was refurbished by adding plant-filled blocks to its facade and a home in the Utah mountains.

Our lookbook this week focused on cinematic interiors that could be in a Wes Anderson film and interiors with a dark and moody atmosphere.