Notpla is a biodegradable material designed “to make packaging disappear” 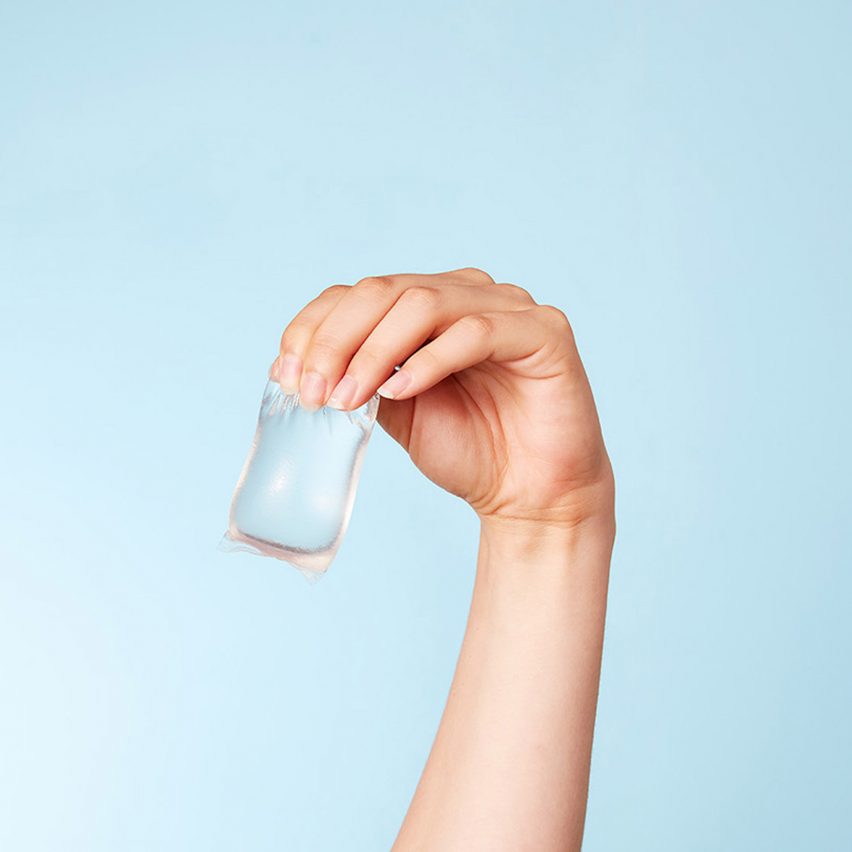 Sustainable startup Notpla has created an edible, biodegradable packaging made from seaweed and plants that was designed to replace plastic.

Notpla‘s eponymous packaging has been shortlisted for this year’s Dezeen Awards in the sustainable design category.

Its name is a shortening of “not plastic,” referring to the fact that while it looks plastic, the product is actually made from seaweed and plants.

Branding agency Superunion coined Notpla’s name as well as a visual identity for the startup. This includes an animated logo that resembles a vessel filling up with water that is only visible when “filled” – as is the case with clear packaging.

“Every year, 8 million tonnes of plastic are dumped in the oceans. The world’s behaviours need to change when it comes to single-use plastic,” he explained.

According to Notpla’s designers, the material is entirely biodegradable and edible and can be composted at home in four to six weeks.

So far, the packaging has been used to create thin films and coating for cardboard takeaway boxes, as well sachets for condiments. 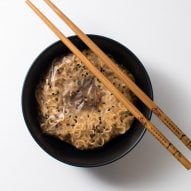 Notpla says seaweed is a sustainable material from which to create packaging because the underwater plant does not need to compete with food crops for land, and also sequesters carbon dioxide – the process of removing it from the atmosphere.

The startup is also behind Ooho, which are sachets made from Notpla designed to be consumed by runners during sporting events.

In 2019, Ooho was trialled at the London Marathon where runners were offered the sachets, which were filled with Lucozade sports drink, while they ran.

The Notpla designers have also created smaller-scale versions of Ohoo that are intended to hold liquids such as toothpaste, coffee and suncream.

“The ultimate aim is to stop billions of single-use plastic packaging from ever being made by providing a positive alternative,” Wood said. “We believe Notpla has the potential to turn the tide on plastic waste.”

Formerly known as Skipping Rock Lab before Superunion rebranded it, Notpla was founded by Rodrigo Garcia Gonzalez and Pierre Paslier in 2014 while the pair were studying Innovation Design Engineering.

Other projects nominated in the Dezeen Awards sustainable category include Honext panels, which are made from recycled cardboard and paper sludge, and Alive, an organic prototype for architecture that promotes human health.

The images are courtesy of Notpla and Superunion.

The post Notpla is a biodegradable material designed "to make packaging disappear" appeared first on Dezeen.