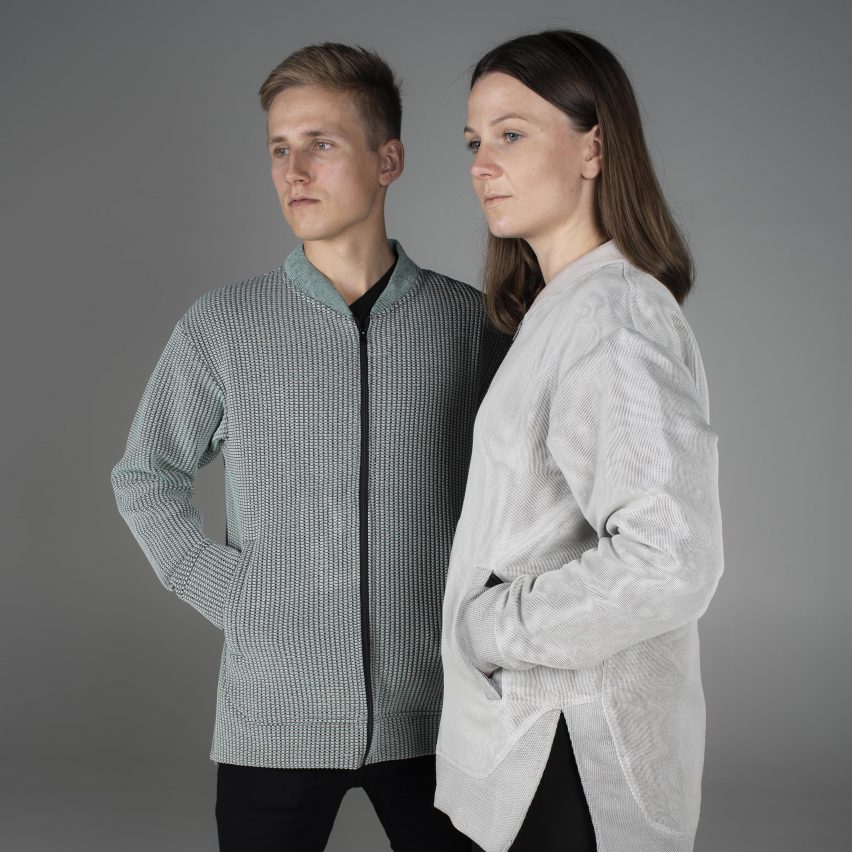 Design and physics students at Finland’s Aalto University have worked together to create clothing with concealed solar panels, making the technology invisible to the naked eye.

The goal of the Sun-Powered Textiles project was to create an energy-autonomous product capable of powering wearable devices – such as sensors that measure humidity or temperature –  without disrupting the look of a garment.

“The traditional way of integrating photovoltaics with textiles is to attach solar cells on the front surface of a textile to ensure maximum energy harvesting,” said the Aalto University team.

“That significantly compromises the aesthetics: a black solar cell attached on top of a fabric dominates the look of the textile or garment.”

Instead, the multidisciplinary team hid the solar cell underneath the textile of this prototype jacket and optimised the fabric so that enough light could pass through to power the wearable. It also made the Sun-Powered Textiles machine washable.

The team sees the innovation being applied to workwear or sportswear, where it would eliminate the need for battery charging or replacement for any wearable devices. It said the concept is especially suitable for safety and protection wear.

“We made a demonstration case, a jacket, where the light energy is used for powering integrated humidity and temperature sensors, thinking of the workwear user, who goes in and out and does physical tasks daily,” Aalto University design researcher Elina Ilen told Dezeen.

“But via these cells, many other sensors to detect the user’s body or environment are applicable too. The harvesting capacity of the cell is adjusted by the cell type and the cell surface area.” According to Ilen, basically any fibre – including cotton, linen, viscose, polyester, polyamide – can be woven into the textile, if its optical properties are optimised.

The team tweaked the textile structure, density, colour and finishing treatments to allow as much light through as possible.

In addition to clothing, the Aalto University team sees Sun-Powered Textiles being used for curtains or screens.

“We have been able to tackle some big obstacles of textile-based wearable technology,” said Ilen. “An effective renewable energy harvesting system, where the technology integration is truly invisible and machine washable.”

The student team worked with industrial partners Foxa and Lindström on the textile, while electronics company Haltian provided the hardware and software.

Sun-Powered Textiles was displayed in the online exhibition Designs for a Cooler Planet as part of Helsinki Design Week.

Previous attempts to integrate solar panels into clothing have come from Pauline van Dongen, whose Wearable Solar garments had flaps that opened into solar panels.

More recently, she made the technology near-invisible in the Radius backpack, which featured a textile made of “tiny spherical solar cells”.

Photography is by Anne Kinnunen.