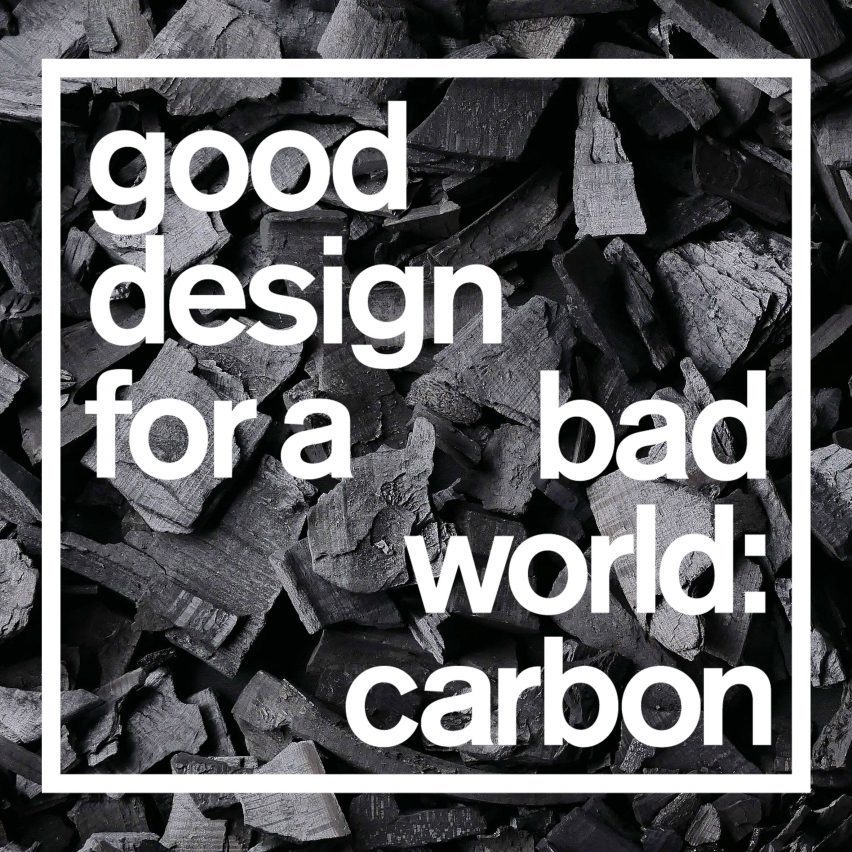 Dezeen teamed up with Dutch Design Week to host a live talk about how designers and architects can help remove carbon from the atmosphere.

This special edition of Dezeen’s Good Design for a Bad World talks series looked at ways of tackling climate change including carbon-capturing materials, net-zero cities and alternatives to fossil fuels.

An estimated 40 per cent of global carbon emissions stem from buildings and infrastructure, which makes the built environment one of the largest contributors to global warming.

Titled Good Design for a Bad World: Carbon, the talk explored the various ways that architects are trying to achieve net-zero developments and offer sustainable alternatives.

Taking place ahead of the COP26 climate conference in Glasgow in November, the talk built on Dezeen’s pioneering carbon revolution editorial series, which explored ways of capturing atmospheric carbon and putting it to use on earth.

Shah works at Cambridge University as an associate professor in materials at the Department of Architecture and a senior researcher at the university’s Centre for Natural Material Innovation.

Shah specialises in studying biomaterials, such as engineered wood, bamboo and natural fibre composites as well as hemp, which can be used as alternatives to conventional materials for building, construction and transportation.

Chartier is head of zero-carbon development at C40 Cities, an organisation coordinating the climate strategies of almost 100 cities around the world.

Her team develops programmes and activities that connect cities and progressive players within the built environment sector to push forward low-carbon and resilient building design, as well as urban regeneration projects.

Van Dongen is an Amsterdam-based lighting designer whose work explores the uses of light as an energy source, as well as alternative forms of energy and materials.

Van Dongen’s work typically takes a scientific approach as a result of a long-term fascination with nature and science, which motivated her to study biology before graduating from Design Academy Eindhoven.

She recently created an online library called Aireal, which showcases materials that can store atmospheric carbon in a useful way through a process known as carbon capture and utilisation (CCU).

Materials included in the library range from paper to fibre, as well as olivine, an abundant mineral that can absorb its own mass of carbon dioxide when crushed.

This talk took place on 16 October in Eindhoven, Netherlands as part of Dutch Design Week. See Dezeen Events Guide for an up-to-date list of architecture and design events taking place around the world.

The post Watch our Good Design for a Bad World talk about carbon at Dutch Design Week 2021 appeared first on Dezeen.