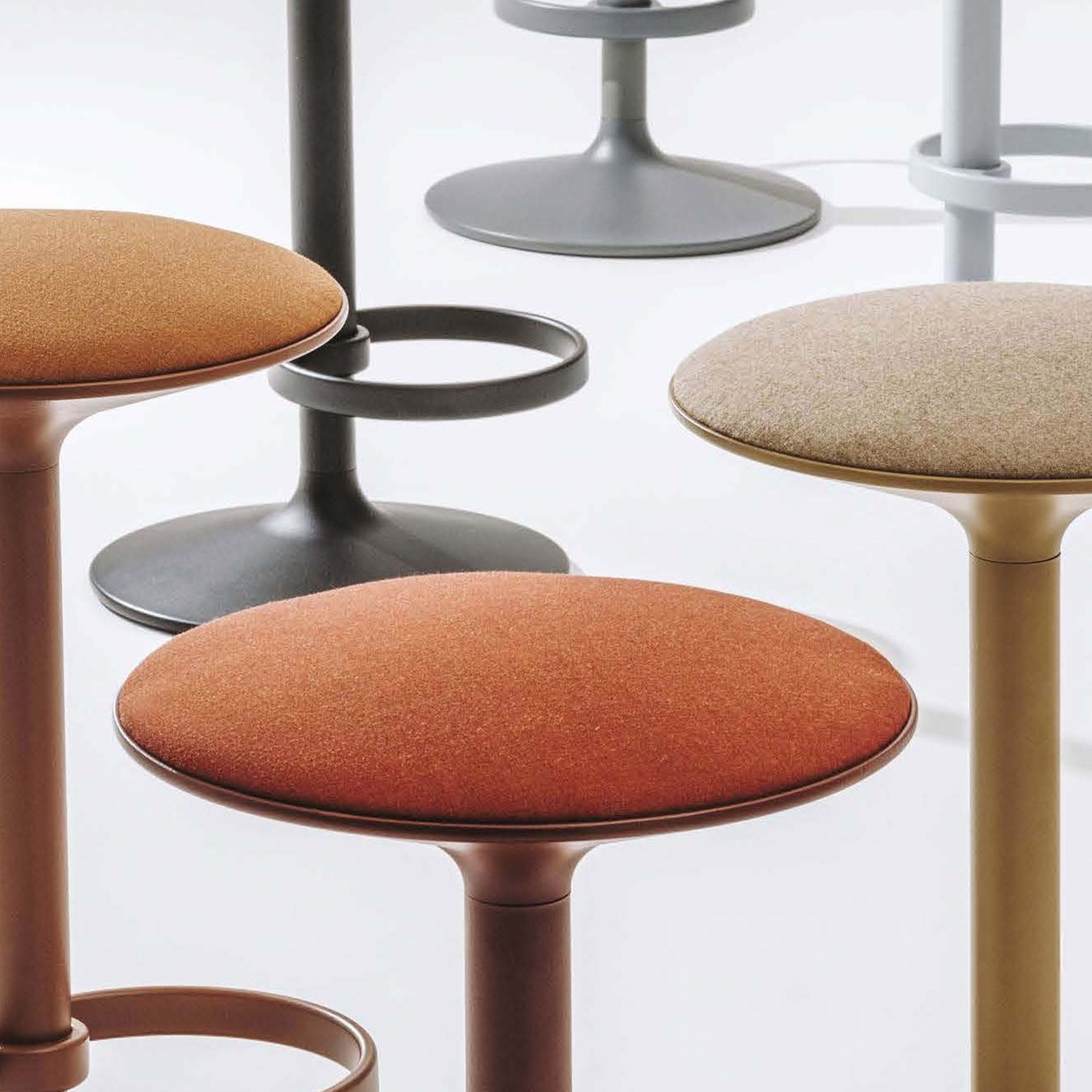 Dezeen teamed up with Andreu World for a live talk with British industrial designer Benjamin Hubert, who features in a new book by the Spanish furniture brand about how designers work.

The talk coincided with the launch of Conversations About Work, a new book by Andreu World that takes an inside look at the working practices of eight renowned designers, including Hubert, Patricia Urquiola and Philippe Starck.

The pair spoke to Dezeen’s founder and editor-in-chief Marcus Fairs about the creative process and what it means to different designers.

The talk also explored how Hubert approached his previous designs for Andreu World, including a bar stool collection named Hula and an upcoming collection called Triada.

Hubert is a British industrial designer and entrepreneur. He established an eponymous design studio in London in 2011, which he renamed Layer four years later. The studio has worked on projects with brands such as Bang & Olufsen, Airbus, Panasonic and Moroso, and start-up Nolii.

Previous projects by the practice include an electrical scooter that learns your regular routes through AI, and an anti-bacterial cinema seat designed for social distancing.

Layer has worked with clients including Nike, Pepsi, Herman Miller and Braun. Hubert also takes on not-for-profit projects like cancer charity Maggie’s, and acts as a mentor to young designers through Layer.

Prior to becoming Andreu World’s CEO in 2011, Llinares joined the brand in 2001 as an assistant to the brand’s general management, before becoming its general director in 2002.

Andreu World was founded in 1955 in Valencia, Spain. The company produces furniture designs for public spaces, hospitality, and work environments, as well as for the home.

Whilst under Llinares’ direction the company was awarded the National Design Award in 2007. Andreu World has showrooms across Spain, Europe, North America and Asia, and its furniture is stocked by shops in more than 90 countries.

This talk was produced by Dezeen for Andreu World as part of a partnership. Find out more about Dezeen’s partnership content here.

The post Watch a live talk on the creative process with Benjamin Hubert and Andreu World appeared first on Dezeen.