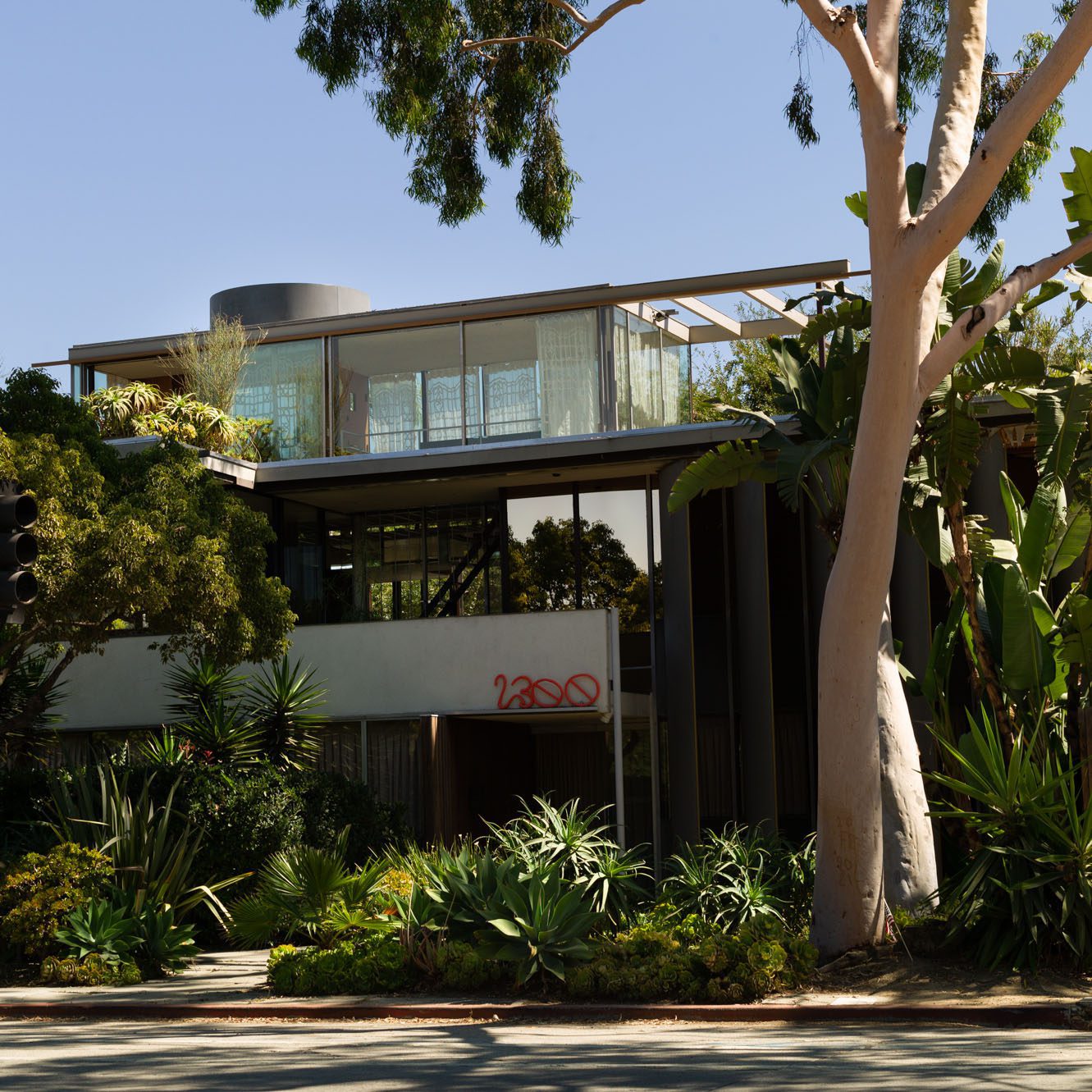 A house designed by famed modernist Richard Neutra is both site and muse for an exhibition that sees artists, architects and designers create works that respond directly to the architecture.

Curated by Los Angeles gallery Marta with artist and writer Erik Benjamins, Built In is a site-specific group show hosted at the VDL II House.

This National Historic Landmark in the east LA neighbourhood of Silver Lake was first completed in 1932 by American architect Richard Neutra as an example of the International Style on the compact hillside plot. It was also Neutra’s own home for many years.

The original VDL Research House was destroyed in a fire, then rebuilt by Neutra’s son and architectural partner Dion between 1964 and 1968 with some significant changes.

Its legacy as a place for architectural experimentation is continued as part of Cal Poly Pomona College of Environmental Design, which offers public tours, and as an occasional gallery for exhibitions like this one.

The first at the house since reopening in the wake of the coronavirus pandemic, the show features interventions to the many built-in elements of its design.

“Built In celebrates the possibilities inherent to residential programming by inviting exhibition participants to dialogue with various structures intrinsic to the residence,” said a statement from the curators.

“Invitations to respond to these sites and phenomena that elegantly punctuate the VDL House have prompted a collection of alternately present and receding works, variously arranged among, sensitive towards, fitted atop, responsive to, informed by, encased in, suspended from, and rested upon these built-ins.”

Twenty-six individuals and studios from the Los Angeles area were selected to design furniture and artworks, which range in scale, style and function.

On the exterior, PapiBoyBabyBoy has replaced the house number with a brightly coloured, cartoon-style alternative.

Also visible from the street are patterned silk drapes by Misa Chhan, which are hung around the floor-to-ceiling windows of the penthouse.

Chains made from cast aluminium shapes by A History of Frogs occupy another unused curtain track, facing the courtyard and reflected in an adjacent mirrored surface.

The garden also hosts a series of ceramic pots that hold plants and feature brand imagery from Campbell’s soup, designed by Candice and Darren Romanelli.

Standalone furniture pieces include a padded recliner chair upholstered in yellow gingham by LA Door, and a reproduction of a Neutra-designed coffee table by Alex Reed, who added a puzzle built into its top.

A fountain comprising a giant upturned shell atop a polished stainless steel pole was created by Charlap Hyman and Herrero.

Smaller items include Jason Lipeles and Janet Solval’s sculpture disguised as a bar of soap, and Emily Endo’s cast glass bowls that are fragranced to reflect the olfactory experiences on each floor.

The theme of smell is continued in BC’s stone scent diffusers, placed in the toothbrush housings in the main bathrooms.

Photography is by Erik Benjamins.

Built In takes place at the VDL II House in Los Angeles from 18 September to 7 November 2021. See Dezeen Events Guide for an up-to-date list of architecture and design events taking place around the world.