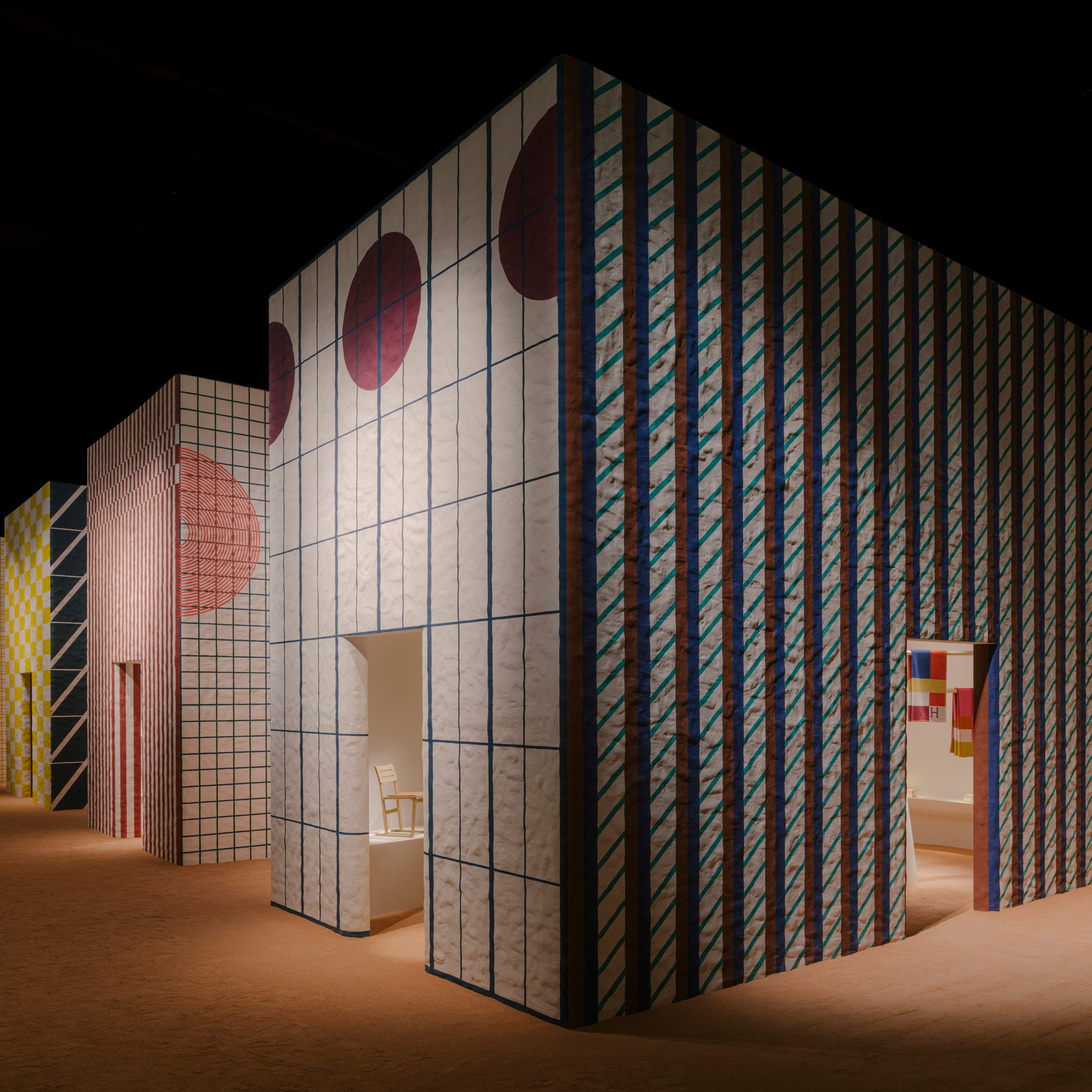 Each of the houses, which measure five by 10 by seven metres, have been built on top of a bed of sand and are covered in playful, geometric prints.

The walls have been covered in a unique combination of colours, lines and shapes. One is replete with a chequerboard pattern of bright yellow and white squares, another has red pinstripes and others make use of dizzying lines.

“This scenography was inspired by the traditional architecture of houses from all traditional cultures covered with earth, lime or plaster and painted by hand completed by artisans from La Scala in Milan,” Hermès told Dezeen.

The site-specific installation draws on the brand’s known affiliation with bright colours and distinctive patterns.

“Colours and graphism are essential at Hermès, specifically in our textile, porcelain and objects collections,” explained Hermès.

The houses form a “village” inside the Italian sports centre La Pelota as they are dotted along a continuous pathway or street. This creates what the brand sees as “a dialogue between volumes, colours and patterns”.

Inside, items including an armchair by Indian firm Studio Mumbai and a wicker bottle basket can be seen.

Perelman hopes that that vivid installation echoes the tangible nature of these items.

“It was important to express materiality and texture, to feel the hand of the craftsman in this installation, express graphism on an architectural scale by drawing geometric patterns on the facades,” the brand said.

“Now that our lives are seemingly more and more abstract, more remote, the new collection of decorative objects for the home explores the language of materials,” it continued.

“It brings a sense of physicality and texture and lifts the curtain on an even more vast, invisible world.”

The luxury fashion brand has previously worked with MVRDV to design its Amsterdam store which has a glass-fronted exterior.

Hermès called on French architecture studio RDAI for its Paris boutique which is located inside a 1930s swimming pool building.

Hermès’ installation was displayed at La Pelota from 5-10 September as part of Milan design week. See Dezeen Events Guide for an up-to-date list of architecture and design events taking place around the world.