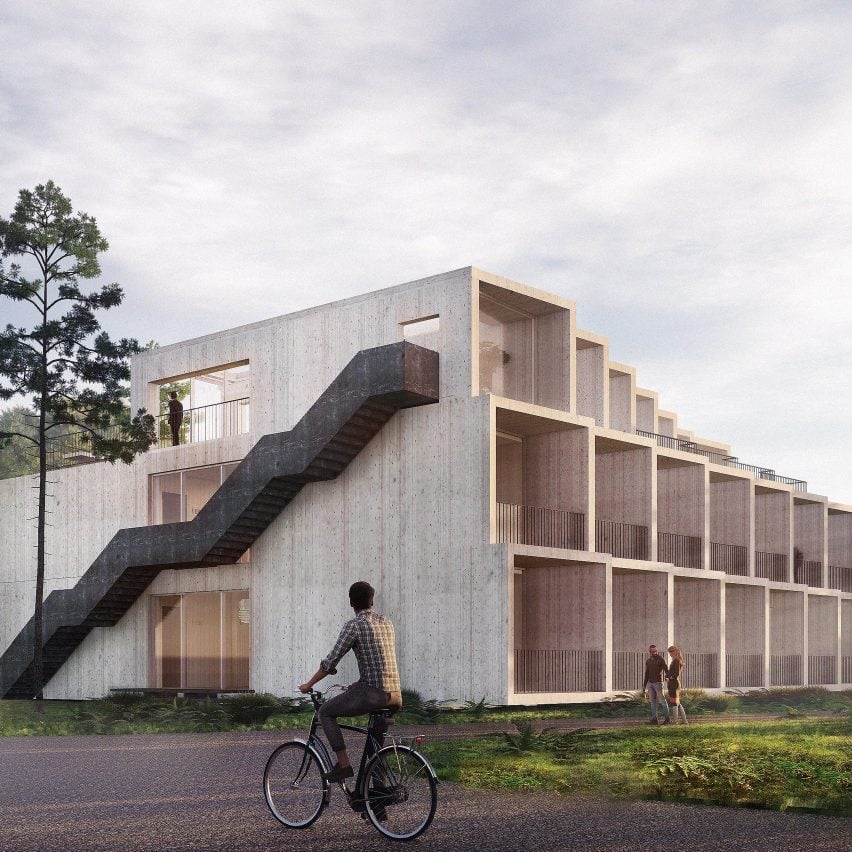 The International Organization for Standardization is developing a global standard that will allow architects and designers to certify their buildings and products as carbon neutral.

Due to be published next year, the new ISO standard will for the first time provide an internationally recognised benchmark for carbon neutrality.

It aims to clear up confusion over what the term means and how it differs from the more onerous net-zero standard.

“It’s attempting to come to a common definition that isn’t the lowest common denominator.”

Byrne, who is principal at Ian Byrne Energy & Carbon Consultancy Services, added that the standard will be “probably rather stronger than what is out there in the market.”

The International Organization for Standardization is an independent, non-governmental body that brings together standards organisations from 165 member countries.

The ISO standard will build on the British Standards Institution’s PAS 2060 standard, which is currently the most widely recognised benchmark.

It will provide guidelines for determining the carbon impact of projects and define the kinds of offsets that will be allowable to compensate for emissions.

Confusion over the meaning of carbon neutrality has led to numerous examples of “carbon washing” whereby companies make unsubstantiated claims about the carbon footprint of their products and buildings.

Both net-zero and carbon neutrality involve reducing emissions as far as possible and then offsetting the remainder.

Yet the two terms often get confused, with The Carbon Trust admitting earlier this year that explaining the difference is “a challenge”.

Carbon neutrality is “on the path” to net-zero

Under net-zero, which is the benchmark standard in the race to tackle climate change, offsets must actively remove greenhouse gases from the atmosphere. This can be done via methods such as afforestation and carbon capture and storage.

“Put simply, net-zero means we are not adding new emissions to the atmosphere,” says the United Nations, which is coordinating the global Race to Zero campaign.

“Emissions will continue, but will be balanced by absorbing an equivalent amount from the atmosphere.”

In addition, net-zero can only apply to organisations and entities such as cities and countries rather than individual products or buildings.

Byrne said that net-zero is “well and good, but for most organisations, net-zero is not here now and is not likely to be here before 2030 or 2035.”

Carbon neutrality, by contrast, is less demanding and allows offsets that do not remove atmospheric carbon. These include investing in renewable energy or buying carbon credits.

This means that, despite its name, carbon neutrality does in fact involve making a net contribution to atmospheric carbon.

Tech giant Google admitted this to Dezeen recently, when questioned on its own claims to carbon neutrality.

The company claims to have been carbon neutral since 2007 but has in fact emitted around 20 million tonnes of carbon since then.

Byrne’s ISO group has yet to decide whether the new standard will cover emissions for the entire lifecycle of a building or product.

“The discussion we’re still having is whether you do it from cradle to [factory] gate or cradle to grave, or maybe even an intermediate level where it’s for the cradle to consumer,” Byrne said.

ISO standard will clear up confusion over timber

The standard will attempt to clear up confusion over whether timber can be considered a carbon-negative material.

Currently, many architects claim that the carbon contained in timber can be deducted from emissions created elsewhere in the supply chain.

Byrne said it was likely the new standard will not allow this. “What you can’t do is deduct the carbon locked up or embodied in the timber,” he said.

Projects will have to prove that the timber they have used will be regrown in order for it to count as a carbon-negative material, Byrne said.

Forestation projects will have to demonstrate longevity to ensure that harvested timber is regrown, with Byrne suggesting that a 100-year timeframe could be likely.

“I know some people [on the working group] are pushing for 1,000 years to make it pretty strong,” he said. “You don’t want something that’s just going to go quickly back into the carbon cycle again,” he said.

Unless managed properly over a long timeframe, it is hard to guarantee that commercial forestry results in long-term sequestration of carbon since the timber can rot, burn or end up in landfill.

“You have to be certain that it’s not going to flow back into the system,” Byrne said.