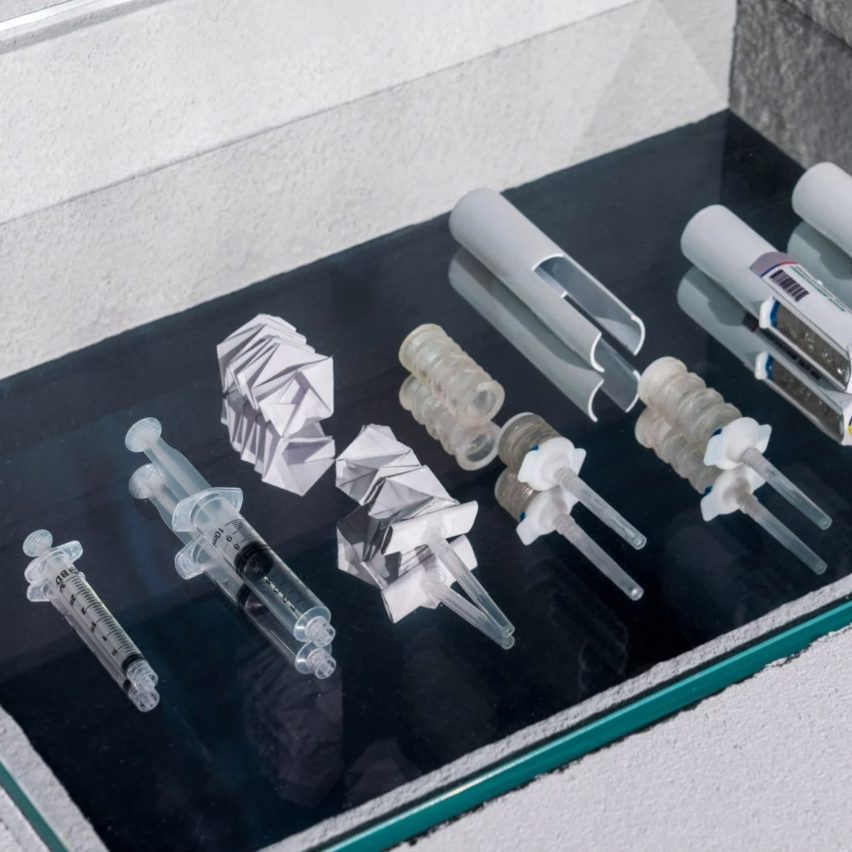 For the first time ever, the Salone del Mobile furniture fair this year hosted an entire showcase dedicated to graduate design including students from 48 different schools and 22 different countries.

More than 170 projects by recent graduates were on display at The Lost Graduation Show, which formed part of the trade show’s special “Supersalone” edition during Milan design week.

As many students who graduated in the past year were unable to showcase their work at a physical degree show due to the coronavirus pandemic, the exhibition was conceived as a way to make up for this loss.

Set up in the middle of one of the fair halls, amongst the stands showcasing consumer goods, it included projects ranging from hempcrete stools to an experimental sports car and a sanitary pad washing device for refugees.

Many of the projects focused on important topics such as climate change, future technologies and sustainable development, curator Anniina Koivu told Dezeen.

“There were a lot of utopian ideas flying about, which they didn’t shy away from testing,” said Koivu, who was invited to create The Lost Graduation show by Supersalone curator Stefano Boeri.

“There were a lot of projects related to the human body and wellbeing, and a lot of medical awareness as well, which I hadn’t expected.”

Another key concern for students was rethinking production methods, which Koivu attributes to the unique circumstances under which the projects were created.

“One issue was having access to [production] facilities because of the pandemic and the difficulty for graduates to get into the industry to have access to industrial production,” she explained.

This allowed students to experiment with more local, small-scale production that is often better for the planet.

The show marked the first time that students were able to showcase their work at Salone, the world’s largest and most important furniture fair.

Projects were chosen based on an open call in June, which drew responses from 300 schools in 59 countries. 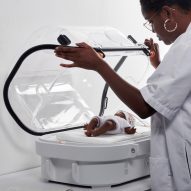 For Koivu, it was important that the final selection should be as international as possible.

“As Salone has a global reach, it would be a pity to exclude people,” she said. “I’m also not so sure that I believe in the idea of, for example, Italian design or Dutch design anymore.”

“I don’t think it’s possible to distinguish what nationality lies behind the projects because the topics the graduates are working on are so universal,” she added.

An international jury selected five students to be the overall winners of The Lost Graduation Show.

Simon Gehring from Germany’s State Academy of Fine Arts Stuttgart won for his Regrowth table, which combines computational design and leftover materials from the forestry industry.

Also awarded was Robust Nest, an incubator for hospitals in sub-Saharan Africa by Fabien Roy from Swiss design school ÉCAL, and the Fil Rouge project by Pierre Murot from ENSCI in Paris, which investigates the process of clay extrusion.

Other projects to take home a trophy include Helix, a disposable monomaterial syringe and needle designed by Ithzel Ceròn and Daniel Lopez from Mexico’s Tecnológico de Monterrey, as well as Amna Yandarbin‘s Yolkkh silk scarves, which are printed with drawings that illustrate her family history.

As well as being on display at the centre of Supersalone, The Lost Graduation show was also published on an Instagram account of the same name. 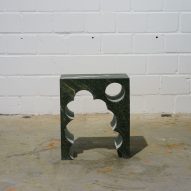 The Lost Graduation Show is one of only a handful of degree shows to take place physically this year while the rest were held on digital platforms such as Dezeen’s school shows.

At Milan design week, visitors could also enjoy student projects in real life at the Missed Your Call showcase by Design Academy Eindhoven graduates and at the Alcova exhibition, which included a reimagined milk bar from Stanley Kubrick’s film A Clockwork Orange.

The Lost Graduation Show was on display at Salone del Mobile from 5 to 10 September. See Dezeen Events Guide for an up-to-date list of architecture and design events taking place around the world.

The post The Lost Graduation Show presents student projects from around the world at Supersalone appeared first on Dezeen.