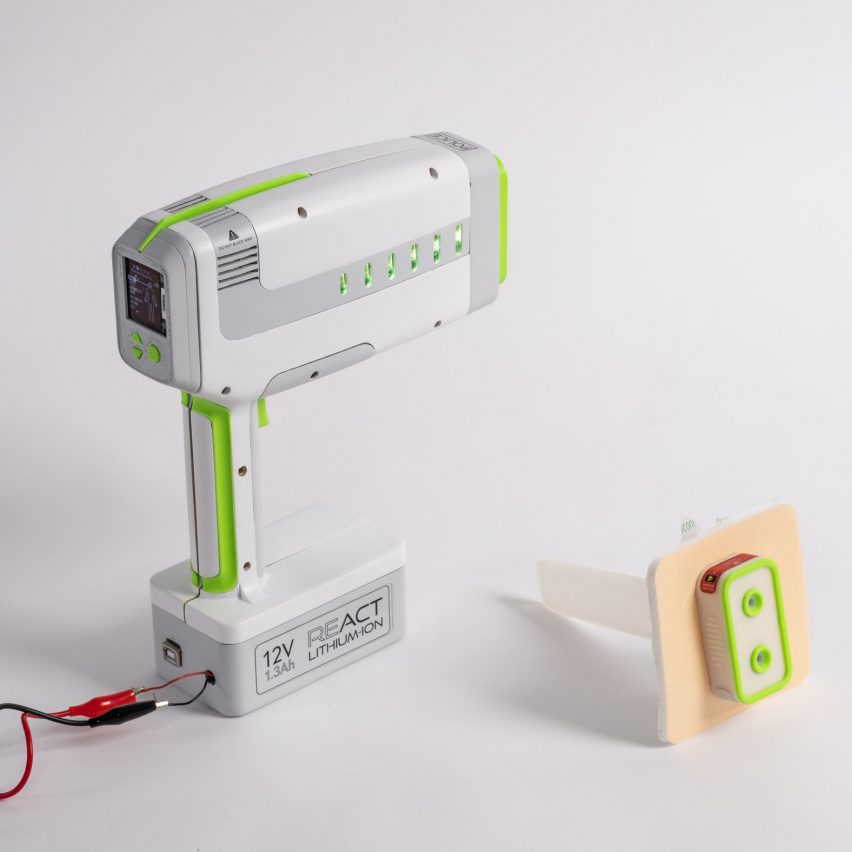 Loughborough University graduate Joseph Bentley has created a device for first responders that he claims could stop haemorrhages from knife wounds in under a minute.

Recently named the UK winner of this year’s James Dyson Award, the device would be used to insert a medical-grade silicone balloon tamponade into a wound to reduce bleeding.

Named REACT, which stands for Rapid Emergency Actuating Tamponade, the device was designed by Bentley in response to the large number of stabbings in the UK.

“Knife crime is a topic that is personal to me, as two of my friends were victims of knife-related incidents,” said Bentley, who recently graduated from the product design and technology course at Loughborough University.

“Thankfully both incidents were not fatal, but this is often not the case for so many others,” he continued.

“Seeing the profound effect that it had on my friends and their families urged me to try and create a solution that could help others in the future.”

The REACT device is designed to be used by first responders – who are often police, according to Bentley’s research – to reduce bleeding before paramedics arrive at an incident. In the UK the average wait time for an ambulance is around eight minutes, while someone can bleed to death in five minutes.

Bentley’s device would be used to insert a silicone balloon tamponade into the stab wound, which would then be inflated to place internal pressure on the cut.

The inflation levels would be determined by the location of the wound using an interface on the device.

According to Bentley, this would replicate a wound management technique used by paramedics, where they pack a wound with gauze.

Bentley believes that if deployed to first responders, his device could save hundreds of lives each year.

He has developed a prototype of the device and will use the £2,000 prize from the James Dyson Award to start commercialising the design.

“The REACT concept could have real-world benefits and a positive impact on society,” Bentley said.

“Although medical device testing takes a long time, I’m looking forward to using the prize money to develop my innovation further and hopefully see the device in the hands of first responders saving lives.”

Bentley’s design will now progress to the international stage of the James Dyson award. The shortlist for this will be announced on 13 October.