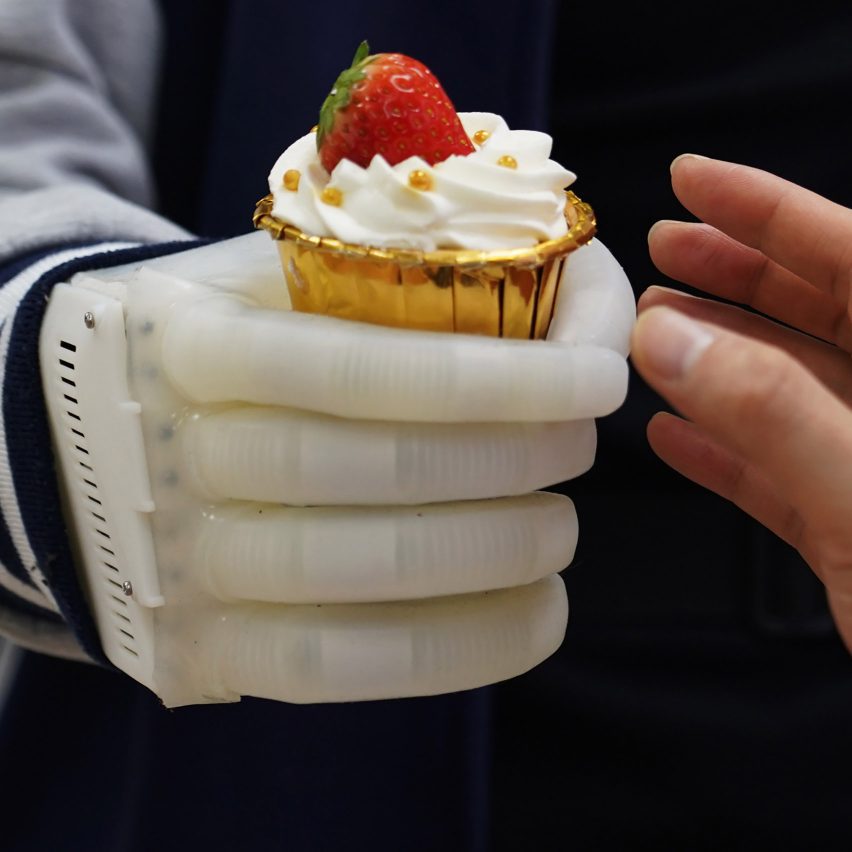 Engineers at the Massachusetts Institute of Technology and Shanghai Jiao Tong University have created an inflatable prosthetic hand that could be made for a fraction of the cost of similar prosthetics.

The inflatable hand is a type of neuroprosthetic, meaning it can pick up on residual muscle signals to perform the motions the user intends to make – such as pouring a carton of juice or zipping a suitcase.

But while limb neuroprosthetics are usually heavy, metal creations that the engineers cost at upwards of US$10,0000, the inflatable hand is light, soft and made of US$500 worth of components.

The innovation could one day help some of the 5 million people in the world who have had an upper-limb amputation but can’t afford expensive prostheses.

“This is not a product yet, but the performance is already similar or superior to existing neuroprosthetics, which we’re excited about.”

Along with his collaborators at MIT and Shanghai Jiao Tong University in China, Zhao has co-authored a paper on the inflatable hand that appears in the journal Nature Biomedical Engineering this month.

It outlines how they made the hand, which has five articulated fingers made of the stretchy commercial elastomer EcoFlex attached to a custom 3D-printed “palm”, move using a pneumatic system rather than electric motors.

The system has a small pump and valves that is worn at the waist, and the position the fingers take depends on the pressure the pump exerts.

A computer model maps precise finger positions with the amount of pressure required to create them.

The fingers are described as “balloon-like”, but with segments of fibre running through them, similar to articulated bones in actual fingers.

They can form four common grasps: pinching two and three fingers together, making a balled-up fist and cupping the palm.

Electromyography (EMG) sensors pick up electrical signals from the residual limb, so when the user imagines making a fist, the hand should make a fist.

The engineers used an existing algorithm that translates the muscle signals into grasp types to programme the system’s controller.

The grasping actions are further aided by tactile feedback. The engineers included pressure sensors on each fingertip, which produce proportional electrical signals so the user can experience pressure on the fingers and respond accordingly.

This is rare among neuroprosthetics, say the engineers.

Users sync with the hand through EMG training

To start using the 292-gram inflatable hand, an amputee puts it on and undertakes a 15-minute EMG training module.

This asks them to imagine making the various grasp types while contracting the muscles in their arm. After this, the hand should be synced up with their thoughts.

The researchers have only conducted limited user testing so far, on two volunteers with upper-limb amputations. They were tasked with strength and dexterity tests such as writing with a pen, turning the pages of a book and lifting objects of different weights.

They also tested a commercially available bionic hand for comparison and found that the inflatable performed as well or better.

One of the subjects was able to manipulate it intuitively for activities outside of the four set grasp types, such as petting a cat and shaking someone’s hand.

Blindfolded, he could also identify which finger was being poked or brushed and “feel” objects in his grasp.

Zhao said that disparities in the quality of EMG signals and varying levels of adaptation to the hand meant that different test subjects had different results, but both had a positive experience.

“One amputee commented, ‘it is so lightweight, comfortable, and easy to use’,” he told Dezeen. “Another commented, ‘I can give my friends a strong handshake without worrying about hurting them’.”

The team has filed a patent for the device while it works on improvements.

“We now have four grasp types,” said Zhao. “There can be more. This design can be improved, with better decoding technology, higher-density myoelectric arrays, and a more compact pump that could be worn on the wrist.”

“We also want to customise the design for mass production, so we can translate soft robotic technology to benefit society,” he added.

Other recent experiments in prosthetic design around the world have included a mind-controlled exoskeleton for quadriplegic users and a 3D-printed neuroprosthetic with vibro-tactile feedback invented by a design student.

Photography courtesy of the researchers.