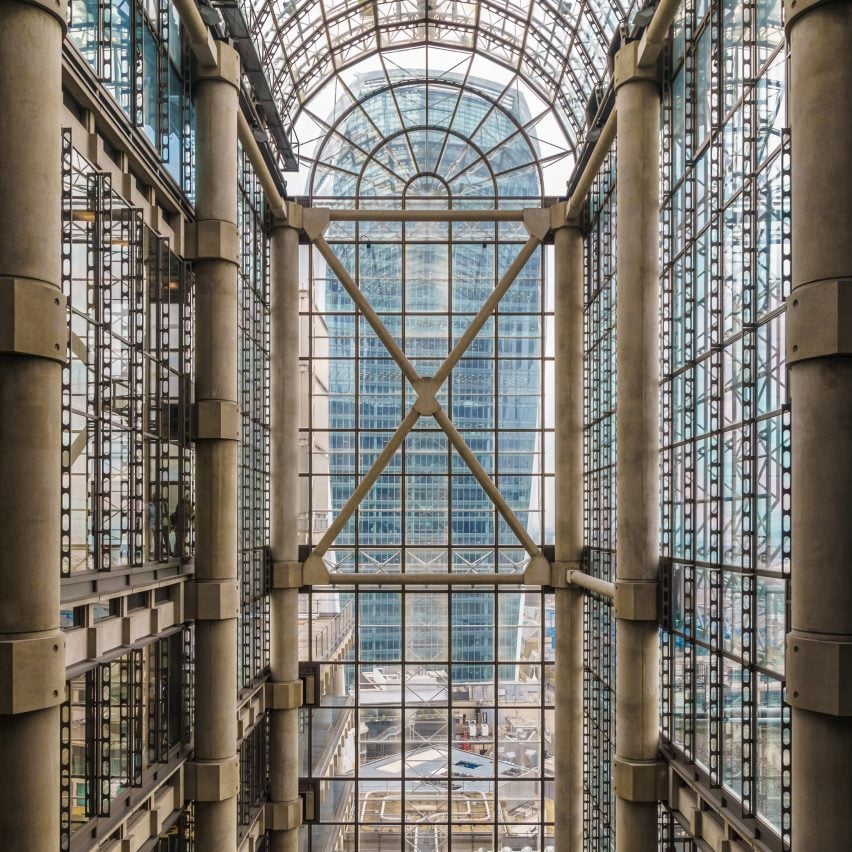 This week on Dezeen, insurance company Lloyd’s of London revealed it would overhaul the iconic Underwriting Room at the heart of its high-tech Lloyd’s building in London designed by Richard Rogers.

The company will carry out the “once in a generation” overhaul of the central space to better accommodate its flexible working practices, following the coronavirus pandemic. However, Rogers Stirk Harbour + Partners is not currently involved in the redesign of the Underwriting Room and has declined to comment on the plans.

Also in the UK, students at The Glasgow School of Art are planning to sue the school over its alleged failure to provide adequate education during the coronavirus pandemic.

The student group, which calls itself Art School Racket, has hired law firm Harper Macleod and launched a crowdfunding campaign to fund a legal challenge against the art university.

In technology news, non-profit organisation Reporters Without Borders (RSF) and creative advertising agency DDB have teamed up to build a virtual library called The Uncensored Library inside video game Minecraft.

The virtual library, which holds articles that are banned in countries including Russia and Egypt, was created so that gamers in countries with stringent press censorship rules are able to access the material.

Indian architect Anupama Kundoo was named the winner of the 2021 RIBA Charles Jencks Award, which is given to architects who have “made a major contribution simultaneously to the theory and practice of architecture”.

Judges said she has “reﬁned a strong political and conceptual theory for her practice” and “built bridges between academia in Europe and South Asia”.

Norwegian studio Snøhetta unveiled two new projects this week. Its design for the long-closed harbour bath Knubben in Arendal, Norway, will have an appearance that mimics the area’s natural rock formations.

In Denmark, the studio added a reflective extension to the Ordupgaard museum that was informed by the French impressionist paintings on show in its galleries.

Popular projects this week include a pipe-shaped cabin in Russia’s Nikola-Lenivets Art Park, a restaurant with a green granite interior and a bright-red steel bridge in London’s King’s Cross area.

Our lookbooks this week focused on interiors with Mediterranean-style statement tiling and rustic interiors.

The post This week a redesign of the Lloyd's building by Richard Rogers was announced appeared first on Dezeen.