Designers and architects redesign the Louis Vuitton trunk for Louis 200 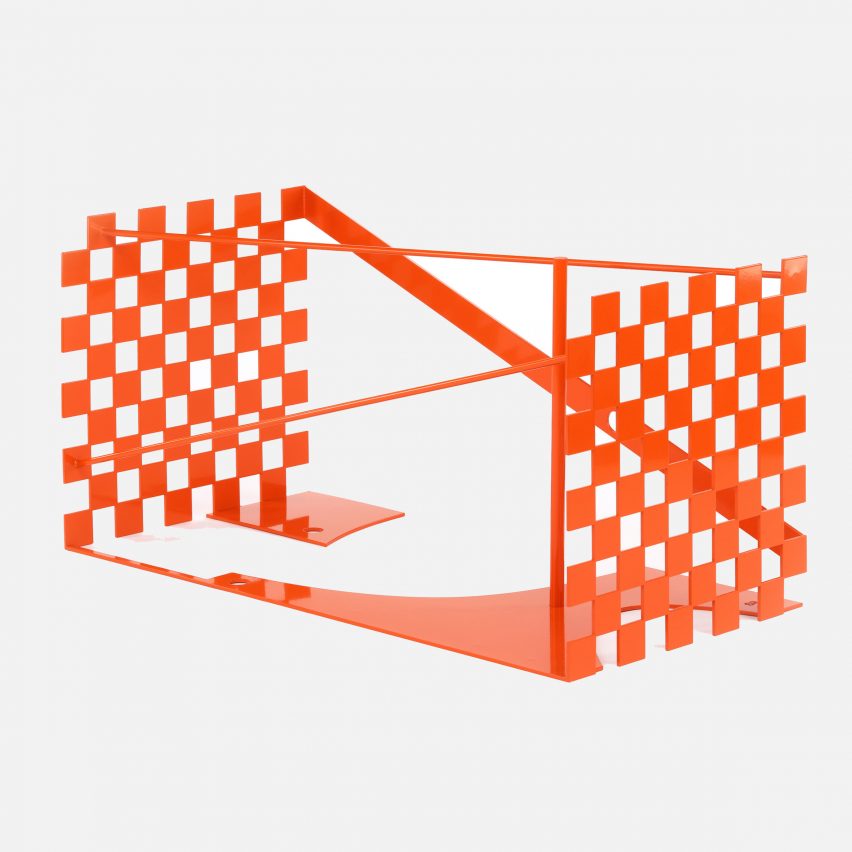 Two hundred creatives, including architect Sou Fujimoto and designer Samuel Ross, have reinterpreted the classic Louis Vuitton trunk in celebration of what would have been the fashion designer’s 200th birthday.

The creatives were given free rein to redesign the trunk as part of Louis 200, an initiative that was launched at the beginning of August to mark the bicentennial birthday of French designer Louis Vuitton, who founded the fashion house.

Collaborators were encouraged to use any medium to create their own 50 by 50 by 100-centimetre trunk, which is nearly the same size as the original trunk Vuitton developed in the 1850s.

The brand hopes that the initiative “creates a bridge between Louis, the pioneering trunk maker and packer, and all the visionaries” who were asked to redesign the trunks.

His trunk makes use of a neutral white paint colour palette, as well as birch plywood blocks that represent the windows in the residential building.

“The simple volume of the trunk has been re-surfaced to create an impression of interiority,” Fujimoto told Dezeen.

“By applying a white surface and leaving only a few ‘openings’ the previously simple and flat box achieves depth and volume,” he said.

“I found inspiration in the symbolic definition of a trunk that spans ages and eras – a material witness to immaterial events like all the secrets and all the essential things you bring with you on a trip,” Haeghen told Dezeen.

The French artist used a wooden trunk and a plaster base as the foundation for her design, which took two months to produce.

Haeghen cut a body-shaped piece of wood from the top of the trunk to act as a “window” into the box. Inside, she created a sculpture made of sandstone, glass and porcelain plates stacked on top of one another.

“I placed the structure inside the trunk like a window to a soul, as if you can truly see inside someone and analyse the pages of his memory and history,” she explained.

Haeghen then thermoformed layers of glass on the porcelain layer to finish the piece.

Over the course of the month of August, the trunks will be showcased in different ways across Louis Vuitton stores around the world. In some stores, digital screens will display the trunks in a video loop.

In other stores, the trunks will be stacked on top of each other to form a giant, robot-like figure. This is a reference to the designer’s penchant for stacking trunks in his windows.

Louis Vuitton has launched several other creative initiatives to mark the founder’s birthday, including a video game that allows users to collect NFTs designed by artist Beeple.

The trunk isn’t the only Louis Vuitton accessory to have undergone a makeover. Artist Jeff Koons teamed up with the brand to create a collection of bags that repurposed some of the world’s most famous paintings.

The team at Louis Vuitton also re-launched two of its monogram handbags with built-in flexible OLED digital screens at its Cruise 2020 show.

The post Designers and architects redesign the Louis Vuitton trunk for Louis 200 appeared first on Dezeen.