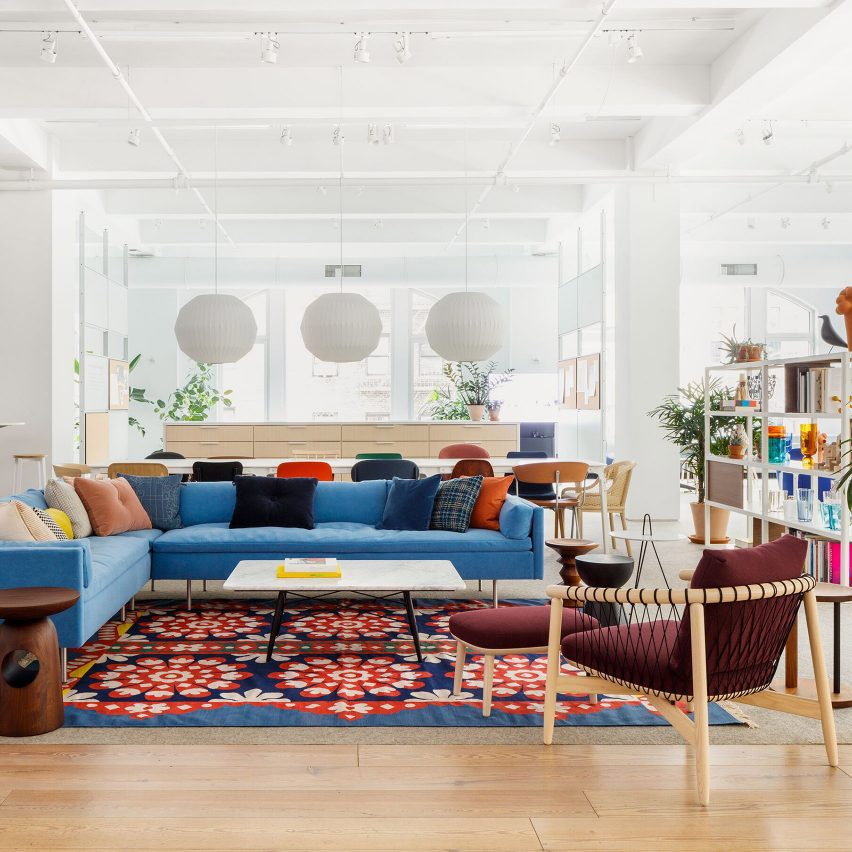 The $1.8 billion purchase of seminal American design brand Knoll was finalised on 19 July 2021, following approval by both of the US companies’ shareholders at special meetings.

While Herman Miller will now use the corporate name MillerKnoll, the Herman Miller and Knoll names will continue as distinct brands, as will its subsidiaries including Hay, Maharam, Muuto and Design Within Reach.

“We are excited to introduce MillerKnoll, a collective of dynamic brands coming together to design the world we live in,” said MillerKnoll president and CEO Andi Owen.

“Our industry – and the world in general – is changing rapidly,” he continued. “Design is the way we imagine and shape a better future. In coming together, we will define and lead this transformation, like we have other transformations in our histories.”

MillerKnoll explained that it would continue to support and grow its existing contract and retail channels and that it aims to use its complementary brand portfolio to “catalyse the transformation of the home and office”.

It also said it will be organising its global operations so that teams serve the entire enterprise, which means that jobs are likely to be cut. This will affect areas including manufacturing, digital, technology, marketing, strategy, finance, human resources and legal.

“We are a group of people and brands guided by a shared vision, common values and a steadfast commitment to design,” said Owen. “As MillerKnoll, we’ll push and inspire each other to innovate and design the future for all the places where life happens.”

Owen is the continuing CEO and president from HermanMiller, while Knoll’s chairman and CEO Andrew Cogan left the company with the closure of the acquisition.

The acquisition took the form of a cash and stock transaction valued at $1.8 billion, which saw Knoll shareholders receive $11 in cash and 0.32 shares of Herman Miller common stock for each share of Knoll common stock they owned.

Independently, the US brands were two of the most prominent names in modern design, with histories dating back to 1938 in the case of Knoll and 1905 for Herman Miller.

Knoll was instrumental in introducing modern furniture to the US market. Florence Knoll commissioned iconic designs from architects and designers including Eero Saarinen, Marcel Breuer and Pierre Jeanneret, leading the company following the death of her husband Hans Knoll in 1955 and turning it into one of the most important design brands of all time.

Some of the iconic designs made by Herman Miller include the Eames lounge chair and the Aeron chair by Bill Stumpf and Don Chadwick, while Knoll commissioned Breuer’s Wassily chair and the Barcelona chair by Mies van der Rohe and Lilly Reich.

Saarinen’s Tulip Chair, another classic from the Knoll archive, was commissioned in 1956.

The new MillerKnoll group includes 19 brands and has a presence across more than 100 countries, with 64 showrooms.

The name change is subject to approval from Herman Miller’s shareholders, who will consider the proposal for a formal change of corporate name at their upcoming annual general meeting. Herman Miller will continue to trade on the Nasdaq under the ticker symbol MLHR for now.