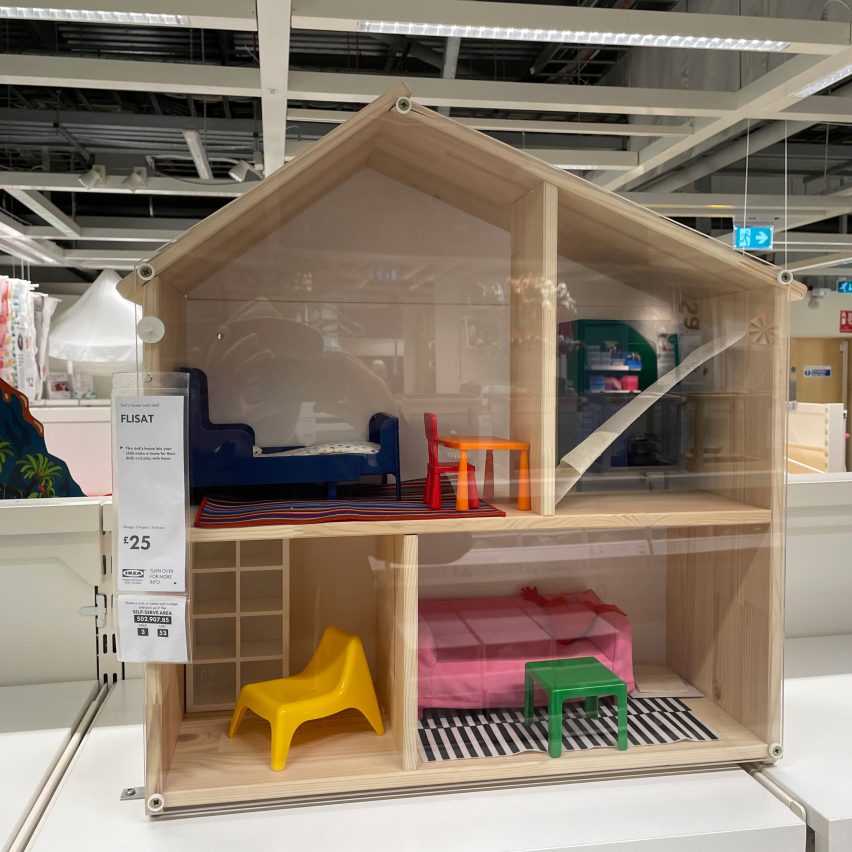 According to the report, which is titled IKEA’s House of Horrors, some of the wood used in the popular Sundvik range comes from trees in the Irkutsk region of Siberian Russia that were illegally felled under the pretence of removing diseased trees.

The practice, known as sanitary felling, can legally be used to reduce the spread of disease throughout a forest. But the report claims that the use of the practice was “unjustified”.

“A lot of it comes down to the illegal sanitary felling – the cutting down of trees, apparently, under the excuse that they need urgent felling because they’re diseased. But they weren’t actually found to be requiring that much felling.”

Earthsight’s report is the culmination of a year’s worth of research. The organisation used satellite imagery, undercover meetings, analysis of court records and visits to the forests to conduct its research.

“What we found was really shocking,” Ganesh said.

“You could already see from satellite imagery that there was large scale illegal logging going on so we decided to go there and document it for ourselves. We compared the official reasons given for why these forests were logged with evidence on the ground.”

According to the report, the illegal wood was supplied to Swedish furniture manufacturer IKEA, as well as other companies, by ExportLes, which is an umbrella of companies controlled by Russian politician Evgeny Bakurov.

In addition to the misuse of sanitary felling, Earthsight’s report alleges that Bakurov has been logging wood from protected areas of the forest.

Much of the forest Earthsight visited was located on the banks of a reservoir, where the environment is considered vital for the survival of fish and other marine life.

“Forests around water bodies are often more sensitive to logging than other forests,” Ganesh said. “These forests generally are some of the most climate-critical forests in the world. The Siberian forests have been called the ‘Amazon of the Northern Hemisphere’.”

Earthsight claims that the 2.16 million cubic metres of wood has been illegally felled over the last ten years, which it says “would rival the Great Pyramid of Giza” if piled-up altogether.

According to Ganesh, this equates to “shoppers purchasing an Ikea product containing the suspect Russian timber somewhere on earth every two minutes.”

IKEA said it has stopped importing sanitary felled wood from the region.

“IKEA has decided to temporarily ban the use of sanitary felled wood from Russia Far East and Siberia, effective immediately until the system is sufficiently strengthened,” the brand said in a statement.

But Ganesh doesn’t believe that IKEA has gone far enough in rectifying the problem, especially as it has been using the wood for nearly a decade.

“IKEA hasn’t made many more details available about exactly when they dropped a supplier or what these practices of concern were. Or why it took them so long to find out the stuff in the first place,” she added.

“Why does it take an NGO like us, writing this report, going through all this painstaking research and finding things that are already in the public domain?” she asked.

“Earthsight holds FSC largely responsible for the logging abuses linked to IKEA and other retailers we connected to the scandal,” it states.

“All of the legalities in our report should have been picked up by FSC years ago. FEC auditors are supposed to be going to these forests once a year and checking that everything is in compliance with the law,” said Ganesh.

FSC responded to the report with a statement saying it had suspended sales of wood from the region.

When asked what steps need to be taken to prevent this from happening in future, Ganesh believes that change has to be enforced by governing bodies.

“Obviously, ideally, IKEA would commission very sweeping, detailed audits and make the results of those audits public so that we can verify what they’ve done in response ourselves. And, they would be vocal about how the FSC has failed them.”

“When you can’t trust these labels and you’re obviously not able to go to the forest yourself to go and check that the wood is legal, you know there’s an urgent need to change these systems,” she added.

The allegations threaten IKEA’s stated vision to become a more sustainable business by 2030, by eliminating waste and reusing resources.

IKEA has implemented various strategies in an attempt to achieve its sustainability goals. The brand launched Buy Back in 2020, an initiative that aims to reduce furniture waste by reselling unwanted second-hand furniture.