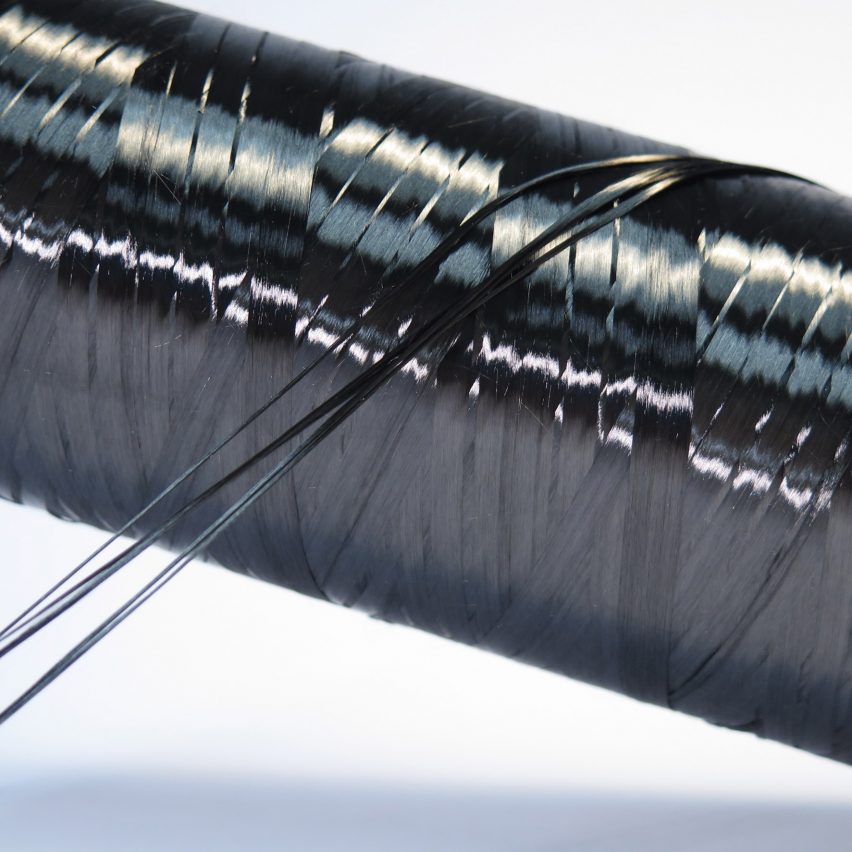 Scientists are working on carbon fibres made from biomaterials instead of fossil fuels in an attempt to create a version that does not generate carbon emissions.

In architecture, concrete could be reinforced with carbon fibres instead of steel, allowing ultra-thin structures to be built.

“It’s a wonder material because it is very strong and yet light compared to metal,” said Frank, who is head of carbon fibre development and new materials at the German Institutes of Textile and Fiber Research in Denkendorf, southern Germany.

However, “the carbon footprint of carbon fibres is usually very bad,” he added.

“The raw materials [for regular carbon fibre] come from petroleum but we’re trying to move away from this,” he explained. “Bio-based carbon fibres are in much higher demand than they used to be. We’re being showered with requests.”

Carbon fibres are incredibly thin threads of almost pure carbon crystals. Measuring just 5 to 10 micrometres, they are five times stronger than steel and twice as stiff.

The material was originally made from plant-based materials including cellulose and rayon, Frank said, until the lower price and higher performance of fossil-derived versions made bio-based carbon fibre unviable.

But the production process requires vast amounts of energy and generates large amounts of emissions and toxins. “If we want carbon fibres to be carbon neutral, all of this needs to be redesigned,” Frank said.

To make the fibres, petroleum is first processed into highly toxic polyacrylonitrile (PAN). This is pulled into thin threads and then heated in an oven without oxygen.

The process requires large amounts of energy and generates pollution as everything except the carbon atoms are burned away. “A couple of years ago this wasn’t even a topic,” said Frank. “People only cared about costs.”

“Nowadays, sustainability is much more important and petroleum isn’t so cheap anymore so it’s a different story. Carbon fibre is a major component in that because it’s so energy-intensive.”

Frank is exploring ways of turning lignin, a substance found in most plants and which is a byproduct of the paper industry, into carbon fibres.

“We’re working with lignin as a raw material,” he explained. “It’s a waste byproduct which accumulates in huge quantities in the paper industry. Normally, this is added to concrete or asphalt or incinerated. We’re using it to make carbon fibre.”

“To do that, we use chemical methods to purify it and get it into a good shape,” he continued. “Then we can spin this into fibres, which we’re trying to do directly in water rather than having to use toxic solvents. And the fibres that you get can be directly turned into carbon fibres.”

Carbon fibre is widely used to create aircraft and cars as well as high-performance products including bicycles, tennis rackets and wind turbines. It is extremely lightweight, meaning that it can significantly improve performance and reduce energy requirements.

However, it is expensive to produce as well as having an increasingly bad reputation due to its unsustainability.

“In aircraft construction, it is already used as standard,” said Frank. “It can make a difference in electric cars by helping to save on weight.”

“The automotive industry would like to move to carbon fibre but it is as of yet too expensive and not sustainable enough. The car industry is extremely driven by price and increasingly looking to do things more sustainably.”

Last year, work started on the first building featuring concrete reinforced with carbon fibre. CUBE, a two-story building designed by Henn Architekten at the Technical University Dresden in Germany, is due to be completed later this year.

“It’s already happening on a small scale that concrete is reinforced with carbon fibre but it’s not yet at mass adoption stage,” Frank said. “The benefit is that you can make the concrete much thinner while being able to carry heavy loads so you can design completely different shapes. The aim is to get away from the huge amounts of concrete that are being used today.”

The high cost of carbon fibre is partly due to the complex and energy-intensive production process. Frank said that the global output is just 150,000 tonnes per year.

Another drawback of the material is that it is difficult to recycle and dispose of, although ways of reusing it are now being developed. “Many people are innovating in this field,” Frank said.

“There are already quite a few recycled carbon fibres and they’re even being used in products. Of course, they become worse with every cycle and at some point, they will have to be disposed of. Burning isn’t an option because it’s really hard to burn. A lot of the time it is stored in old mines.”

But the demand for sustainable, high-performance materials means that bio-based carbon fibres could soon be more affordable as research and development ramps up around the world.

“All industries are being forced to cut down on CO2,” Frank said. “It’s not voluntary any more because it’s going to get very expensive if they don’t. Even aviation companies such as Airbus are looking for sustainable carbon fibres.”

“We’re working on using the raw materials of the plants and turning them straight into carbon fibre,” he concluded. “This means we’ve taken the carbon from the air via the plants, rather than adding carbon from fossil sources like petroleum or coal into the atmosphere.”

The post Scientists developing bio-based carbon fibres being "showered with requests" for sustainable version of the wonder material appeared first on Dezeen.