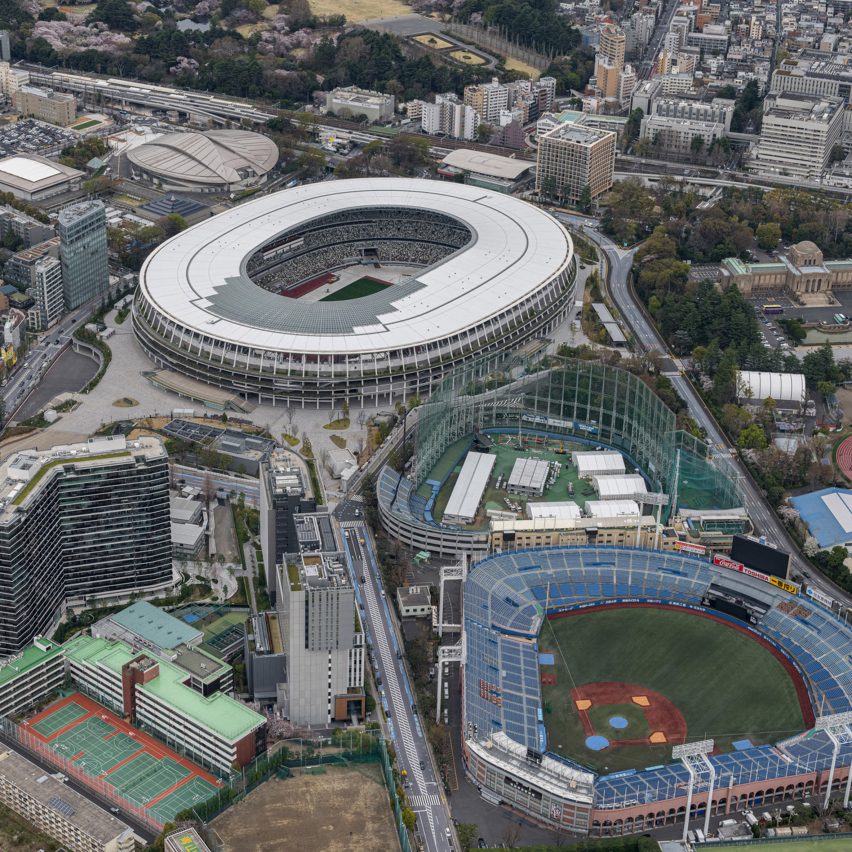 The Tokyo 2020 Olympics opens today amid claims that its promise to be the greenest games ever are “greenwashing”.

Instead, it is the third-least sustainable Olympics since 1992, according to a new study.

This year’s event marks the first Olympics to be carbon neutral and to run entirely on renewable energy, according to its organisers.

“The majority of the measures that have been included in this particular Olympics, and the ones that were particularly mediatised, have a more or less superficial effect,” said David Gogishvili, who is co-author of a peer-reviewed study of the games conducted by the University of Lausanne.

“The efforts the International Olympic Committee is making are important but they are limited and not enough. From my perspective, unless they heavily limits the construction aspect and the overall size of the event, they will always be criticised for greenwashing.”

Focus on recycling without banning plastic

The games, postponed from last year due to the pandemic, have been billed as the greenest ever, with producing zero-waste, restoring biodiversity and moving “towards zero-carbon” among the event’s five sustainability pillars.

At today’s opening ceremony, the torchbearer will wear a uniform made from discarded Coca-Cola bottles and hold a hydrogen-fueled torch formed of repurposed aluminium from disaster relief shelters.

Throughout the competition, athletes will sleep on recycled cardboard beds and receive medals made from old smartphones on podiums 3D-printed from household plastic waste.

Yet despite these initiatives, Tokyo 2020 is still the third-least sustainable Olympics to take place in the past 30 years, according to the report.

“Using recycled plastic for building podiums is good as a showcase but it doesn’t leave any legacy to Japanese society as they didn’t ban the use of these plastics,” she told Dezeen.

However, Konishi, who is a member of the Tokyo Olympics sustainability committee, also argues that the event will set an important precedent by becoming the first games to offset all its emissions through carbon credits.

“The Tokyo Olympics collected more than enough carbon credits, more than 150 per cent of what was needed, meaning that it will be carbon negative,” she said.

“These carbon credits follow robust guidelines, which I think could be a role model for future Olympics.”

Concern around the environmental impact of the Olympic Games first arose in the 1990s, when the International Olympic Committee (IOC) published its own version of the UN’s sustainable development plan Agenda 21, sponsored by oil giant Shell.

However, when University of Lausanne researchers analysed all 16 Olympics that have taken place since 1992, they noticed a clear decrease in the sustainability of the games since then, with Tokyo in the bottom three.

This trend can be traced back to the increasing size of the event, Gogishvili says, which causes a chain reaction of environmental, social and economic impacts.

The IOC announced last year that all of its upcoming events would be carbon-neutral and, as of 2030, “climate positive”.

Beyond the use of renewable energy and electrified transport, this was achieved by cutting down on new construction in favour of retrofitting 25 existing sports venues and making both old and new buildings more energy-efficient.

Among the newly constructed buildings, the Olympic Plaza and Kengo Kuma’s Japan National Stadium are built from timber in a bid to limit emissions. However, some of this wood has been linked to deforestation, which effectively negates its positive impacts.

To compensate for the emissions that remain, the Japanese Olympics Committee has purchased 4.38 million tonnes worth of carbon credits, generated through local energy-saving and efficiency projects in Tokyo and Saitama prefecture.

“The decarbonisation strategy is the best out of all the past Olympics,” Konishi said. “I believe the most important thing that the Tokyo Olympics can show the world is that with current technology, it’s possible to get to carbon-zero.”

However, unlike offsets that directly remove carbon from the atmosphere via processes such as direct air capture (DAC) or soil carbon sequestration, energy efficiency projects like this only help to reduce future emissions rather than removing existing ones from the atmosphere.

Even as Tokyo 2020’s estimated footprint has been lowered further now that foreign visitors will be barred due to the pandemic, the event will still result in a net addition of 2.4 million tonnes of CO2 to the atmosphere, which is more than the entire city of Copenhagen emitted last year.

“Carbon offsets have been criticised by different scholars, because what they tell us is: we’ll keep emitting but we’ll just try to offset it,” Gogishvili said.

“It is possible to have more sustainable Olympics but there are some radical changes that the IOC needs to take.”

Event should be downsized

According to the researcher, this includes establishing an independent body to evaluate the Olympics’ sustainability claims, as well as rotating the games among the same cities to mitigate the need for constantly constructing new infrastructure.

But the thing that would have the biggest impact, he argues, would be a focus on degrowth and downsizing the event.

“The first modern Olympics, which were hosted in Athens in the late 19th century, had only 300 athletes,” he said.

“Of course, we are not saying that we have to go to that level. But there needs to be a discussion between the IOC, National Olympics Committees and maybe the UN, which takes into consideration the current realities of the world and the climate crisis, to come to a reasonable number.”

The Tokyo 2020 Olympics run from 23 July to 8 August 2021 in venues across Tokyo. See Dezeen Events Guide for an up-to-date list of architecture and design events taking place around the world.