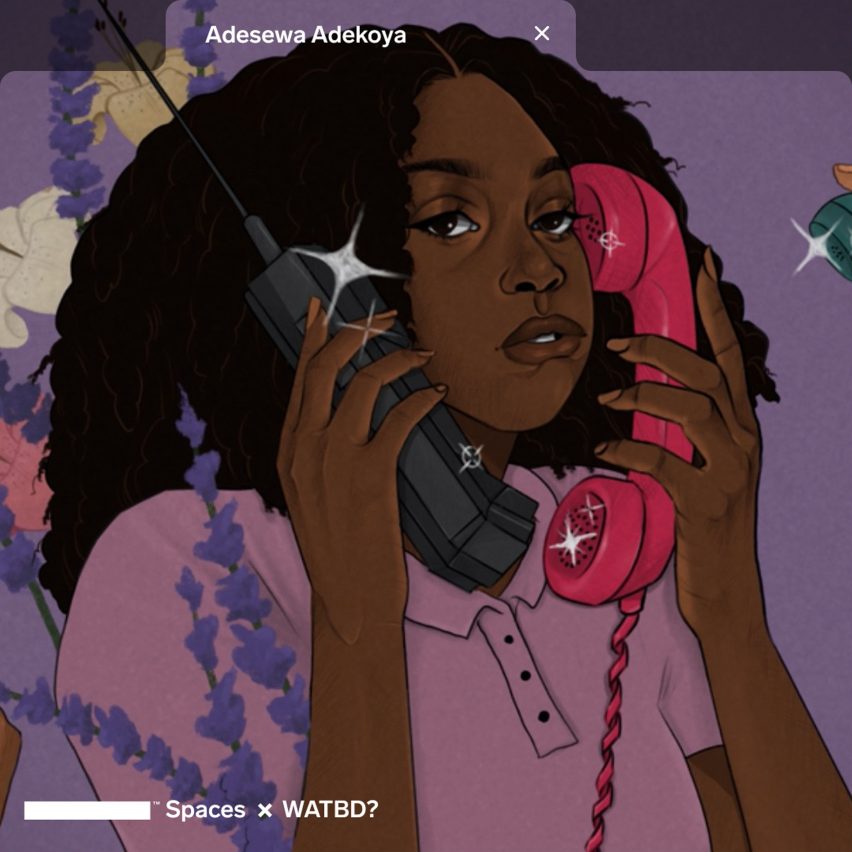 Creative agency Something and nonprofit organisation Where are the Black Designers? have created a web browser plugin that exhibits the work of Black creatives every time a new tab is opened.

Called Something Spaces, the free plugin is available for anyone to download and presents users with an image of artwork by both established and emerging Black artists and designers on their computer screen.

A web plugin is a type of software that adds features to existing programmes, enabling the customisation of a webpage. In this case, the plugin provides a platform for Black creatives to showcase their work online.

Featured creatives hail from the UK and beyond, including London-based illustrator Olivia Twist and Sierra Leonean-American artist Amir Khadar.

“You can download the plugin extension to your desktop via Chrome, Firefox and Safari,” Something studio manager Roshannah Bagley told Dezeen.

“You’ll find an inspiring piece of artwork with every tab you open from local and international emerging creators,”

New York illustrator Adesewa Adekoya and Seattle-based designer Shakeil Greeley are among other American creatives featured in the project, while the work of emerging Brazilian designer Amanda Lobos is also included.

The Something Spaces plugin was created in collaboration with the volunteer-run, non-profit design advocacy organisation Where are the Black Designers?.

Founded in June 2020, the group was established as protests took place worldwide in support of the Black Lives Matter movement following the death of George Floyd.

The plugin is an extension of Something’s Spaces initiative, a project set up by the agency in 2019 that allowed creatives to add their work to overlooked public spaces such as windows of buildings.

Now also online, the project gives artists and designers space that they might not have otherwise had to showcase their work in the virtual world as well as the physical one.

“The initiative was created to remove the barriers between underrepresented talent and opportunities,” continued Bagley, who is also a member of the Where are the Black Designers? team.

Bagley explained that the project aims to make it easier for those in the creative industry to find and hire talent from underrepresented communities.

“We fill under-utilised spaces such as browser tabs with inspiring artwork creators that are often overlooked. We’re on a mission to reimagine these spaces by turning them into canvases for creativity.”

Something is a London and Byron Bay-based creative agency. Where are the Black Designers? is a non-profit organisation that seeks to amplify and support Black artists and designers worldwide.

Recent projects that aim to educate audiences about Black history include an augmented reality app developed by London non-profit BLAM that gives users the opportunity to see virtual plaques and sculptures related to their current location.

The imagery is courtesy of Something.