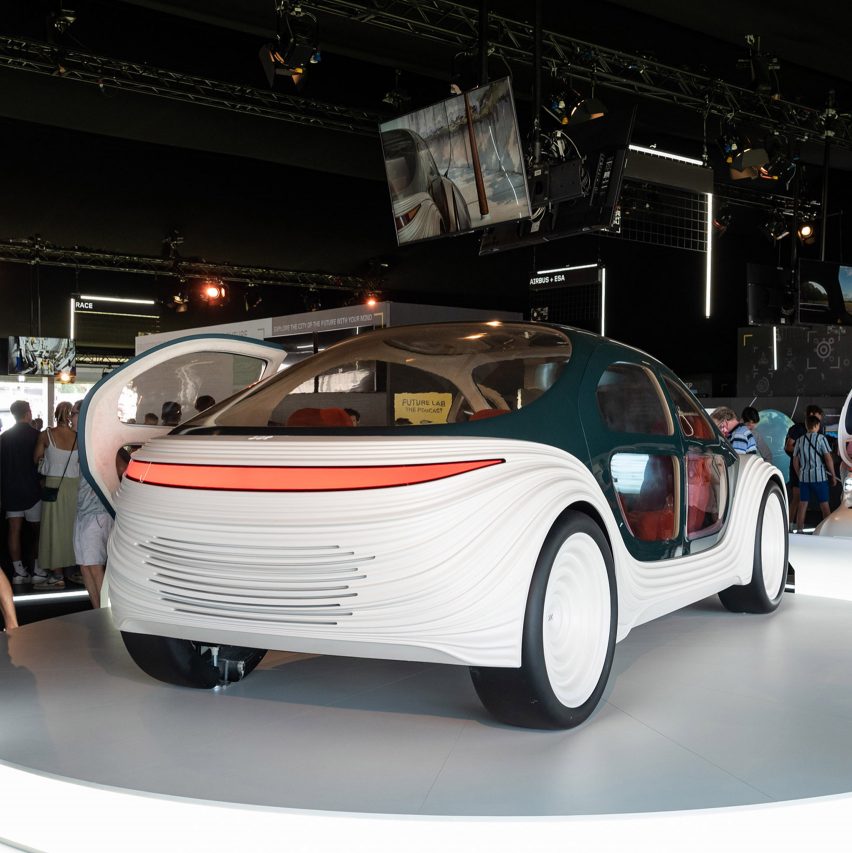 Thomas Heatherwick‘s studio has unveiled its prototype of Airo, an electric car that it claims will clean the air as it drives, designed for Chinese car brand IM Motors.

The vehicle, which was on display in the Future Lab at Goodwood Festival of Speed from 8 to 11 July, is the first car to be designed by Heatherwick Studio. A sketch of the design was first revealed on Dezeen in March of this year.

Airo will be fitted with a high-efficiency particulate air (HEPA) filtering system that can “vacuum up pollutants from other cars”, according to the architect.

At the event, Heatherwick said that this is expected to “collect a tennis ball worth of particulate matter per year” reported the BBC.

The Airo prototype has a highly textured exterior lined with a series of ridges. It is also designed with autonomous and driver-controlled modes.

It is set to go into production in 2023 for IM Motors – a car brand established by Chinese car company SAIC Motor with online retailer Alibaba Group and the Zhangjiang Hi-Tech Group.

“Airo isn’t simply another electric car that doesn’t pollute the air,” said Heatherwick after revealing the vehicle in April at the Shanghai Motor Show.

“Instead, using the latest HEPA-filter technology, it goes further by also vacuuming up pollutants from other cars as it drives along.”

In addition to its polluting-cleaning functions, Airo will also serve as a “multi-functional room” in times when it is not being driven.

It features rotating seats, a four-leaf table and a screen that can be unfolded to watch films or play video games.

The interior can also be transformed into a bedroom by reclining its contoured seats and turning the glass roof opaque for privacy. According to Heatherwick, this is an effort to help solve the “global space shortage”.

“Designed to simultaneously address the global space shortage, Airo is also a multi-functional room with extra space for dining, working, gaming or even sleeping,” he said.

While Airo is the studio’s first foray into car design, Heatherwick Studio has previously designed a bus for London and a boat to transport people between Nantes and Saint-Nazaire.

The photography is by Yanli Tao, courtesy of Heatherwick Studio.