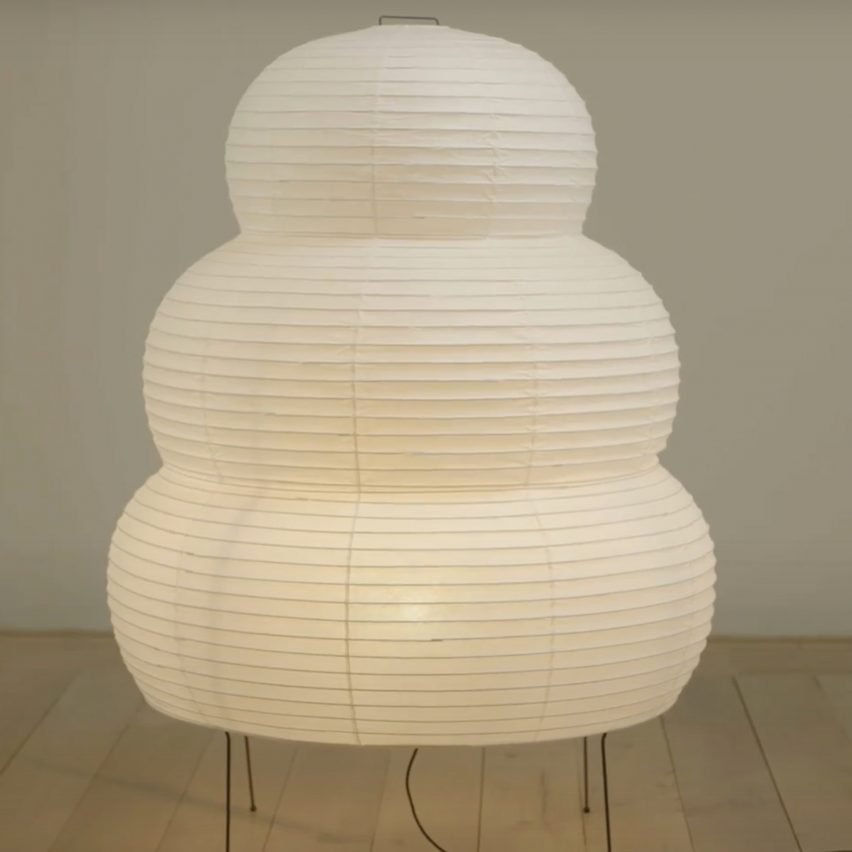 Ilse Crawford explains how designs including Isamu Noguchi‘s Akari light and Dieter Rams‘ T3 radio have stood the test of time in the third episode of Braun’s masterclass video series, which Dezeen is publishing as part of a collaboration with the brand.

The final episode of the series focuses on objects that are built to last. According to Crawford, this means designing objects that people will cherish as much as it is to do with creating durable products.

“Of course, [building to last] is about longevity and durability, but it must be consequent,” she said in the video. “It’s also about an authentic love for things rather than designing for obsolescence. It’s about designing things we love more.”

According to Crawford, even fragile designs can have longevity.

“‘Built to last’ is often assumed to be about being robust and indestructible,” she said. “But actually the opposite is often true. It is the things that are fragile and beautiful that inspire care and, therefore, they last.”

She gave the paper Akari light, designed in 1951 by Japanese-American artist and designer Isamu Noguchi, as an example.

“There’s something so warm and delicate about the lanterns that still enthrals us,” Crawford said.

“As a studio, we use them in projects a lot – recently we used them in a mental health centre, where typically you’d expect things might need to be a bit more robust.”

“But they bring this amazing warm glow to the space that really takes the edge off the experience, and they’re still there and still perfectly intact.”

Other objects Crawford discussed in the video include Braun’s T3 transistor radio designed by Dieter Rams in collaboration with the Ulm School of Design in 1953.

The radio is one of a host of Braun products that was informed by a design methodology, developed by Rams while a teacher at the school, that focussed on use.

“It’s stripped-down, it’s as neutral as it’s possible to be,” she said of the design. “It’s uncompromising, reduced to the absolute minimum and its purpose-driven so the only bit that moves is the dial, which makes it super intuitive.”

“These are the qualities that kept it relevant for decades and admired by so many, even if analogue has been superseded by technology.”

According to Crawford, it is an example of how the most enduring designs are often those that are ahead of their time.

“One of the things that people often say when talking about ‘built to last’ is that we should design in a timeless, lasting way,” said Crawford. “That is surprisingly difficult to do because, paradoxically, most lasting design is outside of its time or ahead of its time.”

The final design Crawford discussed in the video is Dirk Van Der Kooij‘s Melting Pot Table, which is made from discarded plastic objects that have been reformed into a durable new item.

“As we all know, plastics and their durability is a real problem,” said Crawford. “But they can be harnessed and upgraded, and this table is an interesting example of that.”

To make the table, Van Der Kooij uses plastic from a range of sources, including discarded toys, garden furniture and refrigerator interiors.

“Dirk Van Der Kooij has used recycled plastic to make furniture that is far more appealing than the idea of recycled waste might suggest,” Crawford said.

“He does that with all manner of plastic waste that is upgraded to make a really beautiful material and to make pieces that actually deserve to last.”

This is the third episode of Braun’s Good Design Masterclass. In the first episode, Crawford discussed “simple design”, while in the second, she explored “useful” objects.

Dezeen editor-in-chief Marcus Fairs also spoke to Crawford about the masterclass series in a live talk that we broadcast in June.

The Good Design Masterclass series is also available to watch on Braun’s website.

The post Third episode of Braun's Good Design Masterclass with Ilse Crawford explores objects that are "built to last" appeared first on Dezeen.