Competition: win a copy of Architecture Is a Social Act by Lorcan O’Herlihy Architects 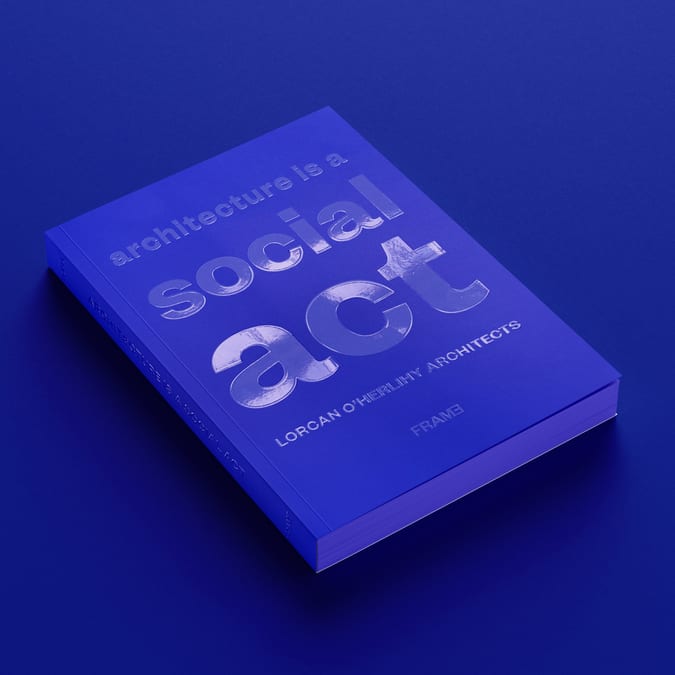 For our latest competition, we’ve teamed up with Lorcan O’Herlihy Architects (LOHA) to offer readers the chance to win one of five copies of its monograph Architecture Is a Social Act.

Architecture Is a Social Act: Lorcan O’Herlihy Architects covers 28 projects by the American architecture firm from across its nearly 30-year history.

Five readers will win a copy of the book, which aims to spark creative ideas and instigate important questions about how architecture can be used to elevate the human condition.

Founded in 1994 by Lorcan O’Herlihy, LOHA is an architecture and urban design firm of twenty-five designers, with offices in Los Angeles and Detroit.

The book is broken up into six sections, each addressing how architecture can be “used as a tool to engage in politics, economics, aesthetics, and smart growth by promoting social equity, human interaction, and cultural evolution,” according to the firm.

Projects range from small Santa Monica storefronts to vast urban plans in Detroit. They also include houses of various shapes and sizes, and strategic plans for cities’ future growth.

The book aims to provide readers with insight into the practice’s process when engaging a new project or site, including understanding its history and context, and how it is informed by the culture and ecology of the people who live there.

“Good architecture is no longer about simply designing a building as an isolated object but about meeting head-on the forces that are shaping today’s world,” said O’Herlihy.

LOHA has built over 100 projects across three continents, including a black-and-white student housing building and an affordable housing complex in Los Angeles, and a housing block with cedar cladding in Detroit.

The studio has won over 100 awards, including the AIA California Distinguished Practice Award and the AIA LA Firm of the Year Award.

In 2018, it was ranked as the number one firm in the US by Architect’s Magazine’s annual Architect 50 list of the best practices in the country.

The studio’s MLK1101 project, which was designed for homeless residents, was also named housing project of the year at Dezeen Awards 2019.

Five readers will win a copy of Architecture Is a Social Act: Lorcan O’Herlihy Architects. The book is also available to buy online.

Competition closes 6 August 2021. Terms and conditions apply. Five winners will be selected at random and notified by email.

This competition is a partnership between Dezeen and Lorcan O’Herlihy Architects. Find out more about Dezeen partnership content here.

The post Competition: win a copy of Architecture Is a Social Act by Lorcan O'Herlihy Architects appeared first on Dezeen.