Urban developments that “strive for zero carbon” to start on site in Milan, Paris, Reykjavik and Oslo 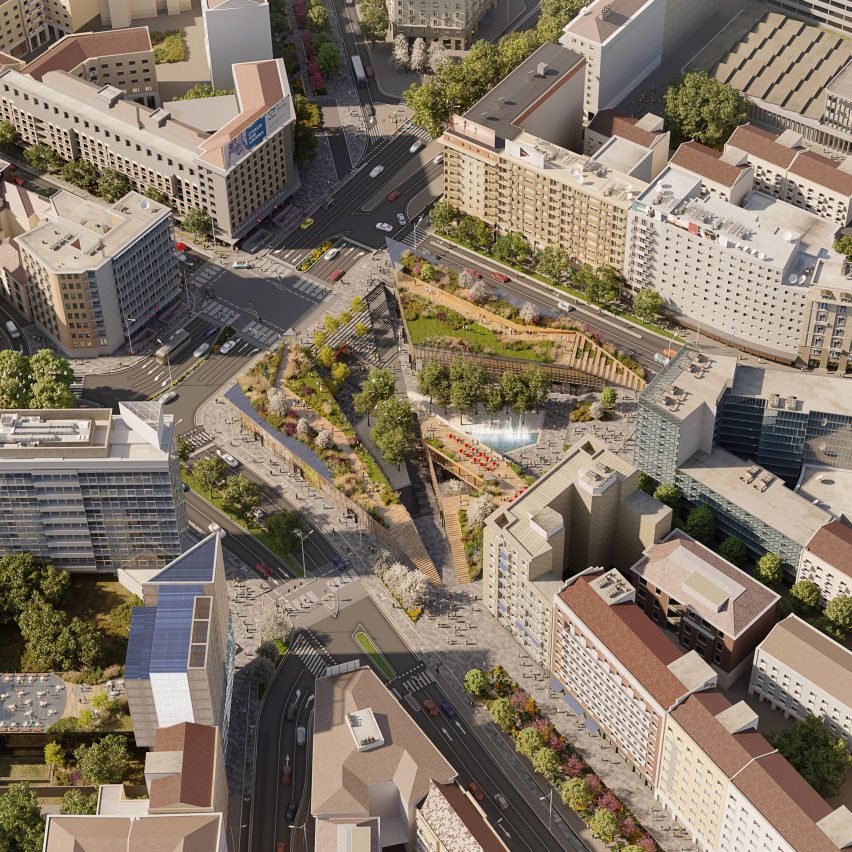 A series of low-carbon urban quarters are set to be built as part of Reinventing Cities, a global competition that aims to help cities eliminate carbon emissions.

The global organisation, which now has 97 member cities that together represent a quarter of the global economy, is managing the competition.

“We have got the building permits and they are starting,” said Chartier.

In total, 49 projects in 19 different cities will be realised as part of the competition, which called for proposals to develop underutilised spaces into “beacons of sustainability and resiliency”.

Winners were chosen on the basis of the ambition of their strategies for reducing whole-lifecycle emissions including both embodied carbon – emissions generated during construction – and operational carbon, which covers emissions caused by the building’s use.

Sixty-five per cent of winners aim for net-zero emissions and the remainder are targeting reductions of over 50 per cent.

“The competition said you have to strive for zero carbon,” said Chartier. ‘They had to make a carbon assessment including a lifecycle analysis of their projects. Some are better than others.”

Projects about to go on site include an urban quarter at Porte de Montreuil in Paris, which is billed as “the first zero-carbon neighbourhood in Paris”.

Designed by architects Atelier Georges, Tatiana Bilbao Estudio, Serie Architects and Bond Society, the 35-hectare site in the east of Paris aims to reduce lifecycle emissions by 85 per cent through the use of local biomaterials and on-site renewable power generation.

The Reinventing Cities competition aims to help cities align themselves with the aims of the 2005 Paris Agreement, which commits signatories to cap global warming at 1.5 degrees Celsius above pre-industrial levels.

This involves halving carbon emissions by 2030 and becoming net-zero by 2050. “All our cities align their strategy to be carbon neutral by 2050,” said Chartier.

“Reaching net-zero on embodied, you cannot do it without offsets,” Chartier said. “It’s totally impossible. So the question is really to push them to set reduction on embodied carbon at the maximum and then to offset the last part.”

“Each team is really free to develop their own offsetting strategy but the most important thing is to reach net-zero operational emissions, minimise embodied emissions and offset the rest with a good offsetting system.”

Entrants were encouraged to “go for local offsets and not just buy them.” In Milan, the L’INNESTO project designed by Barreca & LA Varra “aims to achieve carbon neutrality in 30 years thanks to a low-carbon district heat network”. It will also make use of pre-assembled construction technology and bio-sourced materials.

The Porte de Montreuil project in Paris will be powered by on-site geothermal and solar plants, which will also provide power to neighbouring areas. Unavoidable emissions will be offset via a carbon fund that will allow it to “go beyond the carbon neutrality goal”.

The project will additionally feature a superstructure that is 80 per cent cross-laminated timber. Facades will be entirely made of local bio-sourced materials including terracotta bricks and hemp.

Four-fifths of the materials used will come from the Paris region while all spaces will be flexible, allowing them to be used for different purposes in future to avoid the need for demolition.

The post Urban developments that "strive for zero carbon" to start on site in Milan, Paris, Reykjavik and Oslo appeared first on Dezeen.