Hansgrohe reflects on 120 years of kitchen and bathroom innovation 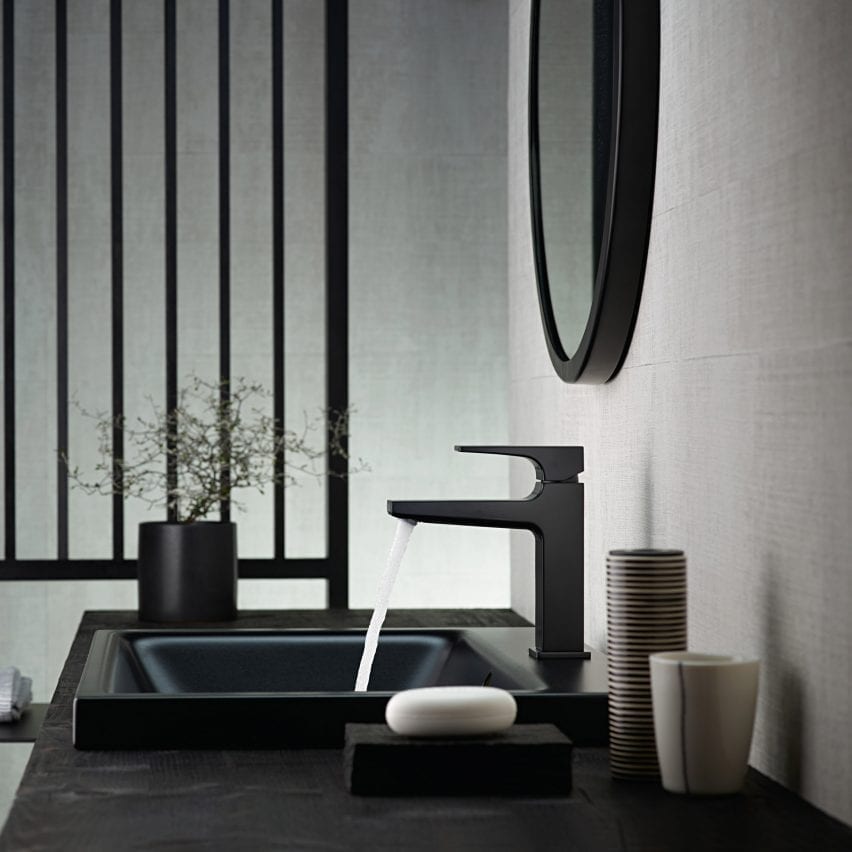 Dezeen promotion: as German company Hansgrohe turns 120 years old this year, Dezeen looks back at some of its most important product innovations and how they have helped to shape the bathroom of today.

Today, Hansgrohe is a company with 33 subsidiaries, 22 sales offices and roughly 4,700 employees all over the world.

However, when it was founded on 15 June 1901 by entrepreneur Hans Grohe, it was a three-man operation that pressed metal products in the small Black Forest town of Schiltach in southwestern Germany – the same town that the company’s headquarters is based today.

It was at this time, at the turn of the 20th century, that the private household bathroom came into fashion. Recognising that the shower was an affordable alternative to the more expensive process of taking baths, Hans Grohe began specialising entirely in metal goods for the sanitation section.

The following decades were dedicated to the further development of his showers which would go on to have a significant influence on future showering culture.

Hansgrohe’s first breakthrough shower product – a hand tin shower with a porcelain handle – was born in 1928. At the time, it provided a convenient alternative to the then-customary overhead shower and made showering affordable for many households for the first time.

Excentra, a chrome-plated, automatic waste and overflow set for the bathtub – the first of its kind – followed in 1934.

In 1953, at age 82, Hans Grohe made another pioneering invention: the Unica wall bar.

The simple wall bar, which is now a standard feature in bathrooms across the world, enabled customers to adjust the height of their showers for the first time.

In the following decade, as well as becoming the first bathroom manufacturer to develop a product in cooperation with professional industrial designers, the company launched Selecta, the first-ever adjustable hand shower that allowed users to choose from different spray types.

Still in production today, the company has recorded more than 30 million sales of Selecta hand showers worldwide. By the 1960s, Hans Grohe’s youngest son Klaus Grohe had become more involved in the company and was introducing new, modern ideas.

He put environmental protection and sustainability at the top of the company’s agenda and promoted the development of energy- and water-saving products.

One of his patents – the Allegra Prime debuted in 1979 – was the first kitchen tap with an extractable shower head, and another was the Mistral Eco hand shower. Introduced in 1987, it reduced water consumption by 50 per cent and transformed Hansgrohe into a green industry pioneer.

The company introduced its designer brand Axor in 1992 and in 1994 worked with renowned French designer Philippe Starck to create the brand’s first bathroom concept named the Axor Starck collection.

The collection’s distinctive joystick mixer tap handle was regarded as groundbreaking at the time but has since become a design classic.

The year 2000 saw the introduction of the iBox universal – a plumbing control unit that can be hidden in the wall. This was one of the industry’s first basic sets for any standard or thermostat solution.

The brand’s much-lauded rain shower Raindance came two years later. Using the brand’s patented AirPower technology, the shower creates a spray that is a mix of water and air.

It reduces water consumption by ten per cent and was “the first spay pattern to emulate ‘rain drops’ which is now ubiquitous in the bathroom industry today,” according to the company.

By 2010 touchscreen technology had entered the bathroom and Hansgrohe developed RainBrain – a digital screen that gives customers the power to select different spray modes, water volume, temperature, lighting and sound at the touch of a button. Although discontinued the device could be pre-programmed for up to five users.

Hansgrohe’s other forward-thinking technologies include Select, an integrated push-button that started life in the brand’s hand showers but is now included in a variety of Axor and Hansgrohe products such as basin taps, kitchen mixers, valves and shower pipes.

It can, for instance, turn on a shower, change a spray-type or even turn a kitchen tap on and off. To make cleaning easy, the brand developed Quickclean showers and taps which have flexible silicone nozzles on the aerator.

Made from high-quality, tear-resistant silicone, the nozzles can be rubbed clean using just fingers or a cloth, easily removing limescale and dirt.

In addition to Airpower, the brand also offers EcoSmart – an aerator that is built into the spout of basin taps to enrich the water with air. The result is that water consumption on all the Hansgrohe EcoSmart basin taps is reduced to around five litres per minute.

This article was written by Dezeen for Hansgrohe as part of a partnership. Find out more about Dezeen partnership content here.

The post Hansgrohe reflects on 120 years of kitchen and bathroom innovation appeared first on Dezeen.