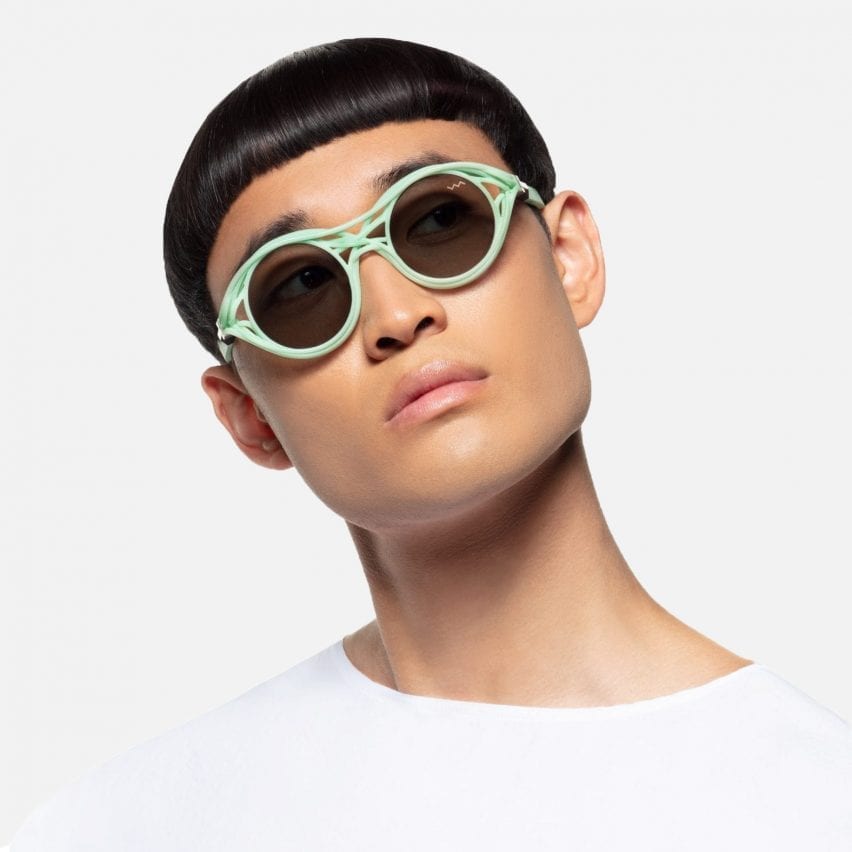 The two pairs of sunglasses, which combine traditional Japanese design with modern technology, were designed as a continuation of Kuma‘s architectural ideals.

“The collection manifests many of Kuma’s architectural imaginings, especially the architect’s tendency of recovering and reinterpreting the traditions of Japanese architecture to fit seamlessly into the 21st-century world,” Vava told Dezeen.

Both pairs of glasses are made out of castor beans sourced from farmers working in India.

Castor oil from the beans was used to produce Polyamide 11 – a thermoplastic polymer that was used as the material to 3D-print the glasses.

According to the brand the material can be used to create complex forms that are strong and do not fade when exposed to long periods of direct sunlight.

Selective Laser Sintering (SLS), a technique that melts and fuses the polyamide particles together, was implemented to build the frames.

Each layer of the frame was built one at a time. Afterwards, any leftover material was removed to give the frames a clean finish.

Both pairs of sunglasses were designed to “reflect Kengo Kuma’s holistic architecture.”

The CL0015 model is a rounded pair of sunglasses with a woven bridge and frame that was informed by the process of weaving.

“Many of Kuma’s design projects can be understood as a pursuit of different types of weaving of diverse materials,” said Vava.

“CL0015 was inspired by the notion that the production of architecture is fundamentally a process of weaving.”

The second pair in the collection – CL0013 – was informed by the Japanese wooden architecture that Kuma is known for.

“These approaches have been explored by Kuma for his wooden structures, which arise from a simple pattern of assembly, building on different intersections and angles to generate a complex whole.” 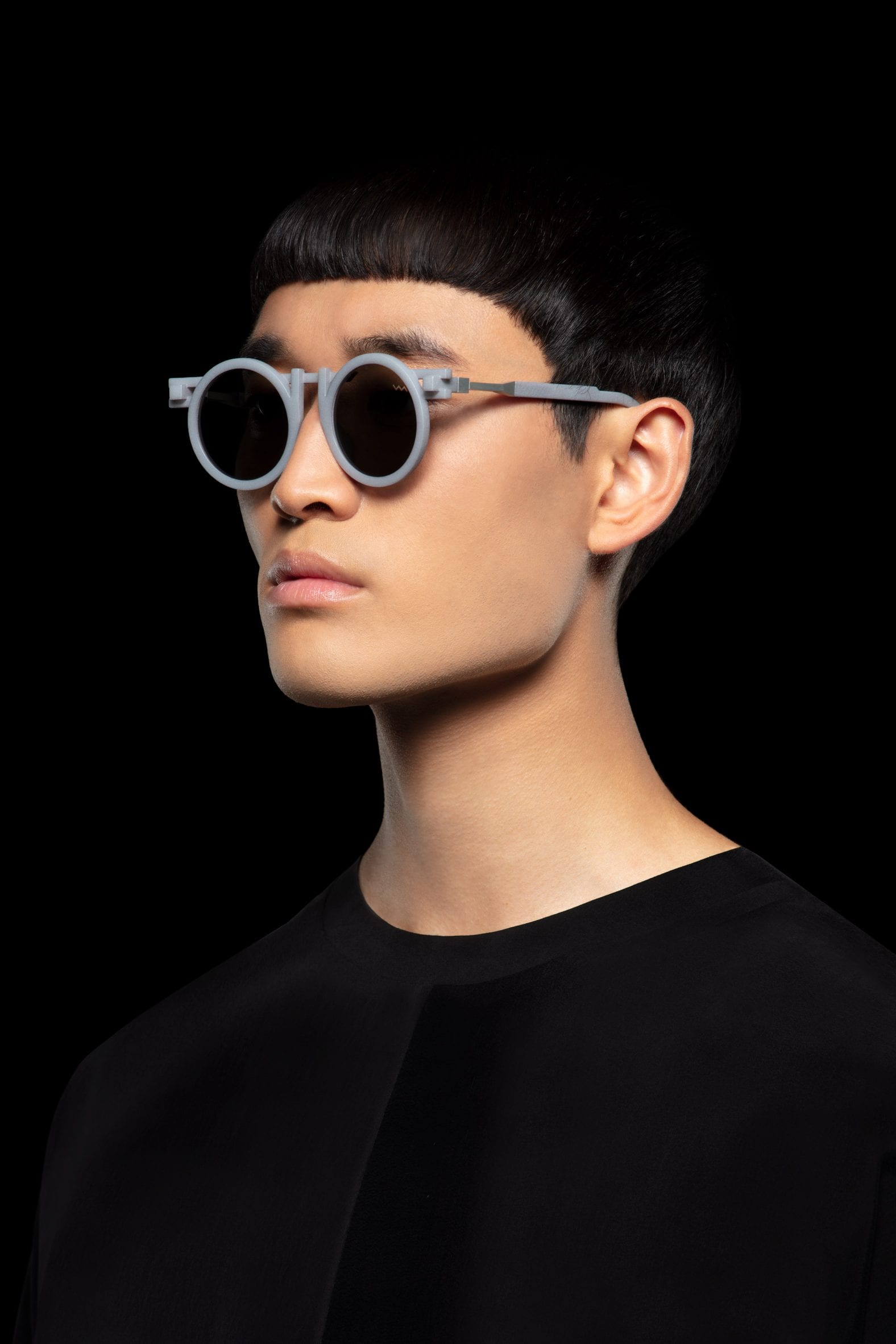 “The design process began with Kengo Kuma’s sketches and during the development of the technical draws, each part brought their own perspectives, giving everyone a voice,” added the brand.

“The aim was to come up with something that captured the essence of both Kengo Kuma and Vava souls.” 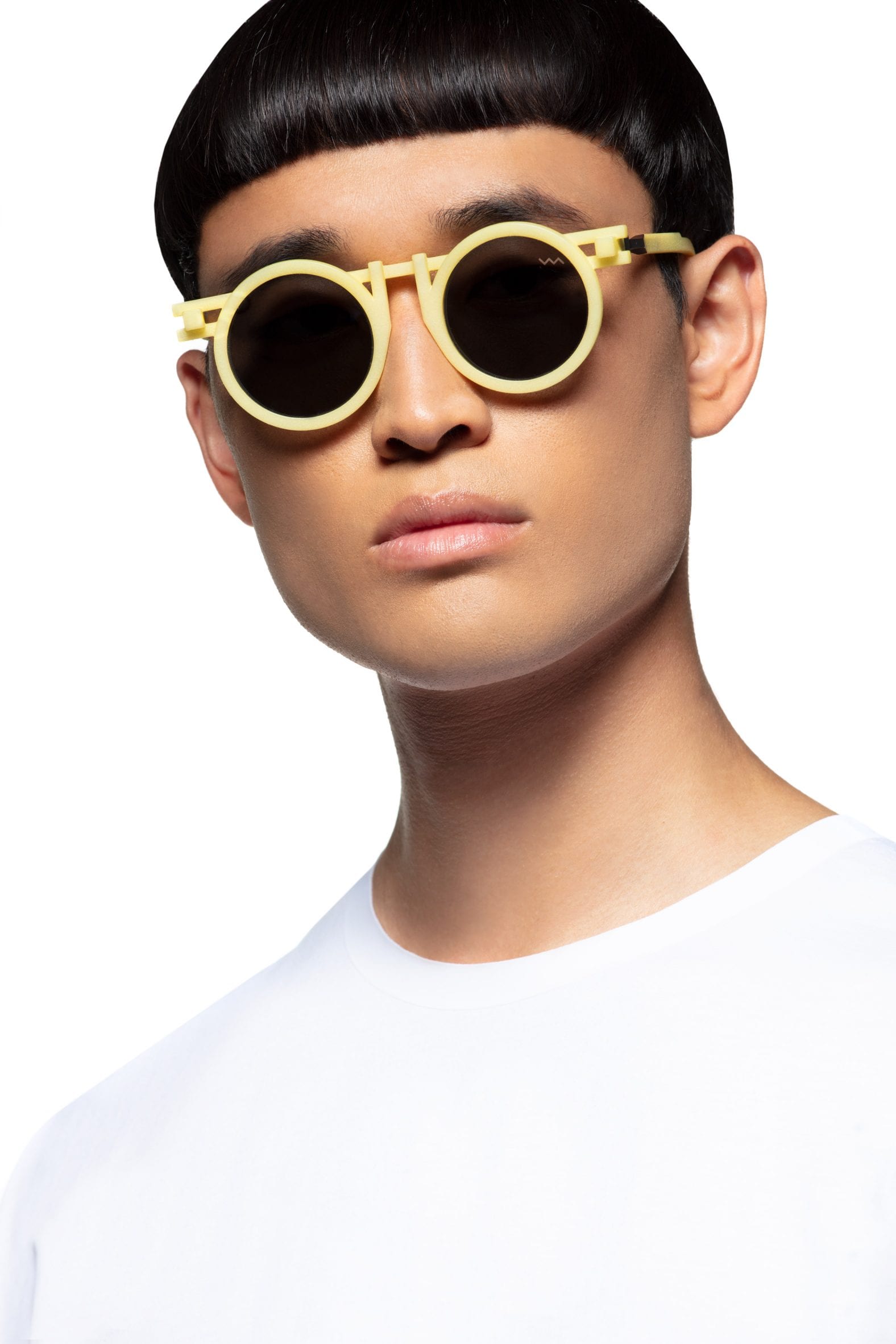 Japanese architect Kuma is one of the world’s most recognised architects who founded Kengo Kuma Associates in 1990.

Some of his most significant buildings include the national stadium for the 2020 Tokyo Olympics and the V&A Dundee museum. He recently designed a curved library in Skien, Norway.