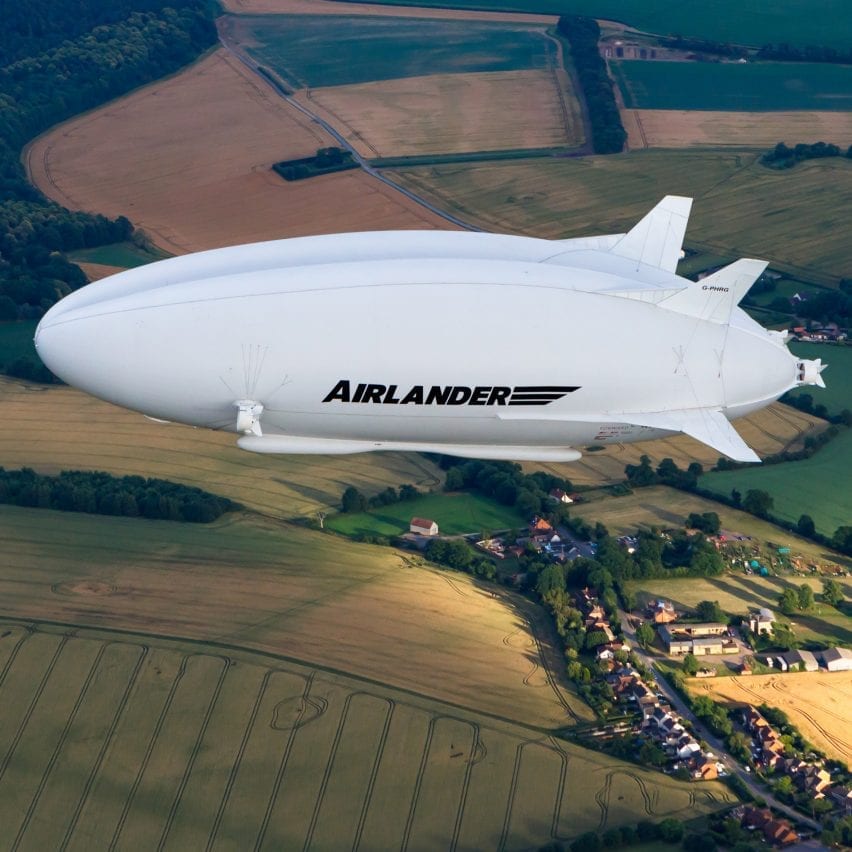 The latest version of the airship will produce “75 per cent fewer emissions than conventional aircraft in similar roles,” the company claimed.

The aircraft, which will be able to carry 100 passengers on short-haul routes, will still feature two diesel engines.

But Hybrid Air Vehicles (HAV) said a fully electric version could be available by 2030.

The Airlander 10 went viral in 2016 when photographs released of its test flight earned it the nickname of the “flying bum”.  Subsequent redesigns have made it svelter and less peach-shaped.

Hybrid airships combine features of both traditional lighter-than-air airships and aeroplanes, which are heavier than air and achieve lift via aerodynamic wings and powerful engines.

The hybrid Airlander 10 features a passenger cabin suspended beneath an aerodynamic helium balloon and is powered by four engines.

HAV calculates that a passenger’s individual carbon impact for a flight between Barcelona and Palma de Mallorca would be 4.5 kilograms on an Airlander 10, versus 53 kilograms taking the same trip on a traditional aeroplane.

Although airships are slower than traditional fixed-wing aeroplanes, HAV pointed out that they can deliver passengers closer to their final destination as they can take off and land on any flat surface, including water.

“Over shorter routes, this is balanced by Airlander 10’s ability to operate much closer to the final destination and fly point-to-point,” said HAV.

“In some cases, this makes the total journal time very similar or only slightly longer but with all the benefits of comfortable travel with very low emissions.”

Helium is the second-most abundant element in the universe after hydrogen, but it is a finite resource because it is light enough to escape the earth’s gravitational pull and float away into space.

The only non-renewable element on Earth, helium is a byproduct of the decay of radioactive elements including uranium and thorium.

However, HAV claims that Airlander 10 would not significantly deplete the planet’s resources.

“Although helium is a finite resource, there are ample reserves and new helium fields are being identified now,” said the company.

“Even with 600 aircraft in use in the world, Airlander 10s would make up just 1 per cent of the world’s annual helium consumption.”

HAV is partnering with British aviation business 2Excel Aviation to offer Airlander 10 to airlines and cruise companies.

“It is HAV’s plan to produce at least 12 aircraft per year,” said the company.