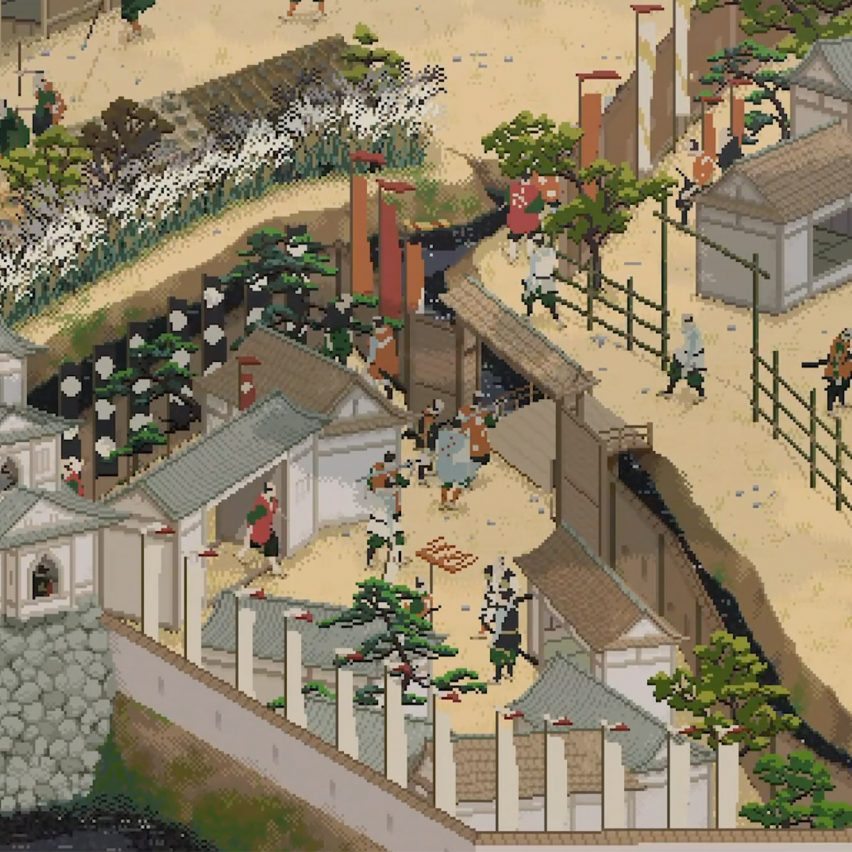 The piece references the 17th-century folding screen The Battle of Sekigahara, which depicts one of the most notable wars in Japanese history. The original work is held in the Osaka Museum of History.

3D modelling and crowd simulation was used to create the movement of over 500 different characters.

From a bird’s-eye perspective, viewers can pick out characters charging into battle, sparring swords or carrying out food preparation in the barracks.

Natural details from the original historic sites, such as the tall grasses that flower throughout the battlefield, were also incorporated into the final piece.

The artwork is currently on display in the Chubu Centrair International Airport in central Japan.

The piece is part of Culture Gate to Japan, a series of installations situated across airports in Japan, envisaged as an initiative to reimagine airports as spaces where visitors can engage with Japanese culture.