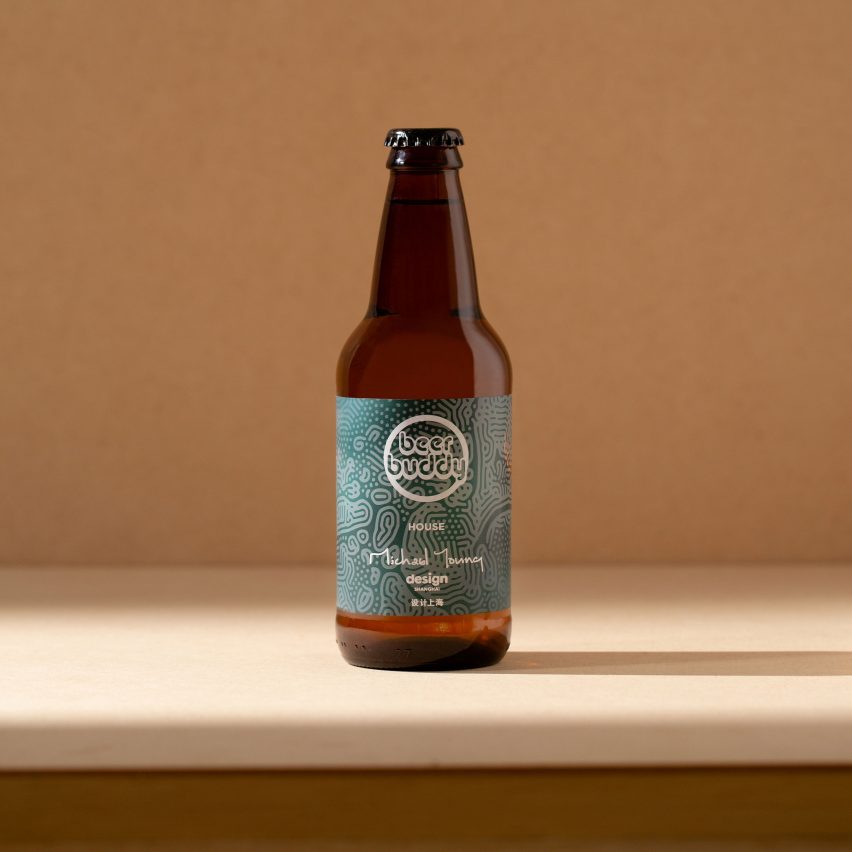 Designer Michael Young is launching a new drinks brand called Beer Buddy at Design Shanghai, which features QR codes on the packaging that attendees can scan to connect digitally.

The brand, which produces a range of beers and plans to launch seltzers in future, is specifically targeted at Asia’s numerous design events.

Each can or bottle features a QR code on the label. The idea is that event attendees will be able to scan this code to connect with other creatives at the event they are at via a website, which is currently in development.

The concept and brand came about as part of an in-house project to create beers to celebrate the opening of Young’s Shenzhen office last year.

The current range of drinks are all named after genres of music and feature colourful patterned artwork. The range includes a Rock and Roll wheat beer, a Disco pilsner and a Psychedelic IPA.

For the official launch at Design Shanghai, Beer Buddy has unveiled a new pilsner called House.

The brand describes it as “a super fresh and crisp pilsner brewed according to a traditional German recipe.”

The beer is produced using European hops and malt sourced from The Swaen, a 110-year-old malt house in Kloosterzande, Netherlands.

“We’re not a craft brand but we use the best craft material,” said Young.

“I wanted to create a taste that connects people globally not regionally,” the Hong Kong-based British designer added.

“It’s a design beer for quality mass production but it’s not for people who’ll drink anything – it’s for beer lovers who like consistency and know what they’re buying into.”

The beer is being launched at Design Shanghai 2021 at a bar designed by Young, which is sponsored by Dezeen. Dezeen plans to partner with Young at other events around China in the coming months.

The Design Shanghai bar, which will be unveiled on Dezeen tomorrow, features grey floors and ribbed walls with the pattern on the Beer Buddy packaging used to add splashes of colour on the walls and enclose private seating areas.

It is located at booth K207 in Hall 2 at the Design Shanghai trade show, which takes place at the Shanghai World Expo Exhibition and Convention Center in Shanghai, China, from 3 to 6 June.

Other recently launched design alcohol brands include Teslaquila, a brand of tequila by electric car-maker Tesla, and Air Co, a vodka made using a process that converts carbon dioxide into alcohol.

Photographs are by Amanda Kho.