This week Stefano Boeri unveiled his plans for Supersalone in Milan 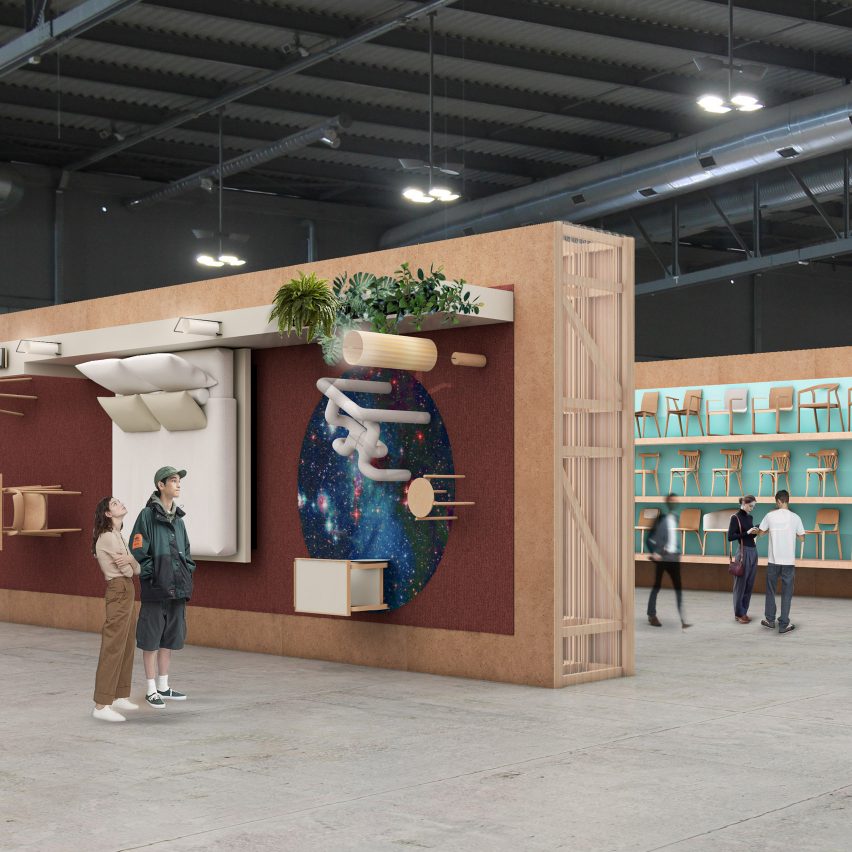 This week on Dezeen, Salone del Mobile revealed its plans for an “unmissable” edition of the furniture fair called Supersalone curated by architect Stefano Boeri.

Dezeen teamed up with Boeri and Salone del Mobile to live stream the press conference in which plans for the fair, which has been rebranded “Supersalone”, were announced.

The fair, which has been moved to September this year due to the coronavirus pndemic, will be fully open to the public for the first time. Visitors will also be able to buy the pieces on show by scanning QR codes for the products, which will be mounted on parallel walls designed by architect Andrea Caputo.

Dezeen’s editor in chief Marcus Fairs also interviewed Boeri about his vision for the fair.

“I believe that this will be a way to take a risk in the right direction and demonstrate that the Salone is alive, that Milan is alive and that generally, our field is still dynamic and open to new conditions,” the architect said.

We also continued our coverage of the Venice Architecture Biennale, including speaking to visitors about their impressions of the “interesting and courageous” event.

The German pavilion divided visitors’ opinion with its installation of QR codes on the walls of an empty building. We also covered the Bit.Bio.Bot exhibition that showed how algae can be used as a protein and an air purifier.

Mendes da Rocha was known for his signature concrete designs and his buildings are credited with modernising the city of São Paulo. Among his numerous accolades were also the RIBA Royal Gold Medal and the Golden Lion for Lifetime Achievement.

Graphic designer Ken Garland, who re-designed the iconic peace sign for the Campaign Against Nuclear Disarmament, passed away at the age of 92.

He was awarded the Lifetime Achievement Medal at the London Design Festival 2020 for his “significant contribution to the development of graphic design since the mid-twentieth century” and was a teacher, photographer and writer as well as a designer.

The architecture world also lost Terence Riley, the former chief curator of architecture and design at MoMA, who died at the age of 66.

British designer Thomas Heatherwick spoke to Dezeen about his newly opened Little Island project in New York, City, which he told Dezeen was designed to enable visitors to “leave Manhattan behind”. The park sits in the Hudson River, close to the Meatpacking District on Manhattan’s west side, and features an undulating topography supported by 132 concrete columns.

Heatherwick’s Vessel, also in New York, reopened this week with a new buddy system as well as signage and messages to prevent suicides.

Three tall buildings were in the news this week. Scottish studio Kettle Collective unveiled its vision for a 150-storey supertall skyscraper in Russia that would be the second tallest building in the world.

In the UK, a 135-metre-high double tower in Croydon, South London, was completed by HTA Design, which says it is the world’s tallest modular housing scheme. The towers are covered in bottle-green glazed terracotta tiles and have 38 and 44 stories.

New York is set to get the tallest residential building in the world once the 472-metre Central Park Tower, which topped out in September 2019, officially completes later this year.

In awards news, British-Ghanian architect David Adjaye was presented with his RIBA Royal Gold Medal at a star-studded virtual event, which saw Barack Obama and Bono among the many celebrities who called in to praise him.

House Recast by Studio Ben Allen also won an award this week. The “rich and interesting refurbishment” of a Victorian house was named the best new home improvement in London at the Don’t Move, Improve! awards.

Popular projects this week included Paulo Merlini Architects’ house with a stone-plinth base, a palazzo in Rome that has been transformed into an Apple Store by Foster + Partners and a London council house with pink plaster walls.

Our lookbooks this week focused on the kitchen and looked at breakfast bars and compact kitchens.

The post This week Stefano Boeri unveiled his plans for Supersalone in Milan appeared first on Dezeen.