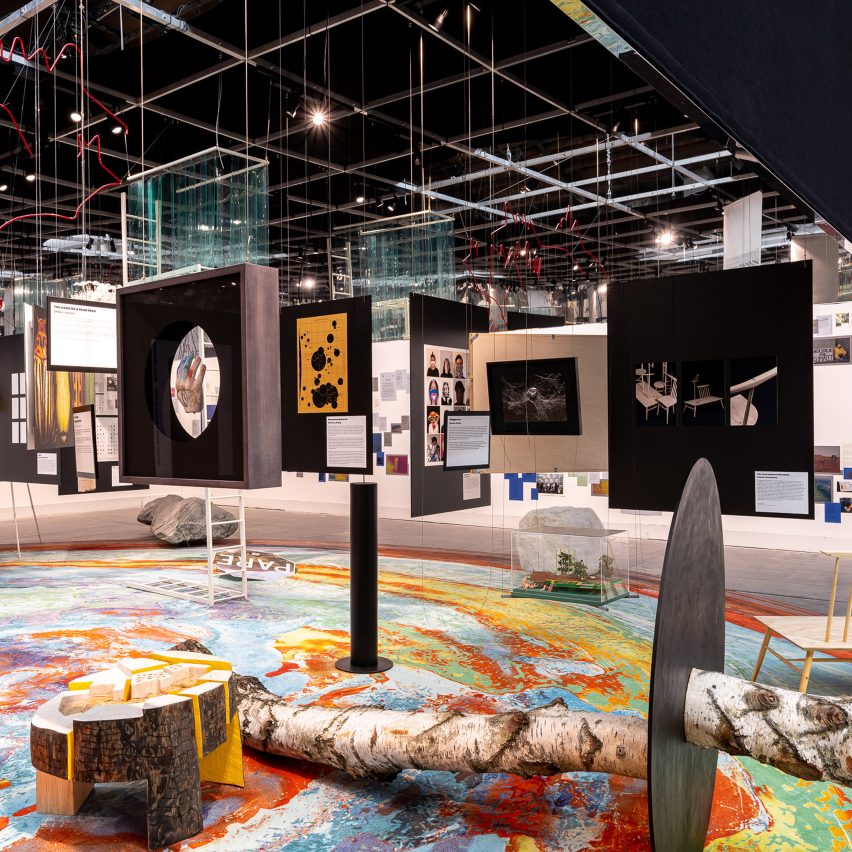 Studio Other Spaces, the office founded by artist Olafur Eliasson and architect Sebastian Behmann, has created an installation with contributions from 50 participants of the Venice Architecture Biennale.

Called Future Assembly, the installation illustrates an imaginary future that centre’s the natural world in an international collaboration informed by the alliance of the United Nations (UN).

Future Assembly responds to the UN’s call to protect the environment.

“As humankind faces a devastating pandemic and a triple planetary crisis – climate change, biodiversity loss and severe degradation of air, land and water,” said the secretary-general of the UN António Guterres.

“We need to end our war on nature and begin to act more holistically to secure the health of the species, ecosystems and resources.”

The installation is comprised of three parts: the stakeholders, a More-Than-Human Chart and the Future Assembly World Map. The stakeholders are 50 living and non-living contributions from the participants of the Venice Architecture Biennale’s local areas.

Contributions include fungi, rocks, tree trunks, and animals displayed as objects or as projections, images, films and audio recordings.

The stakeholders represent a future assembly that could represent entities whose rights are typically left out of human legislation.

“It’s about presenting an imaginary future and many steps towards a future assembly are already in progress,” Studio Other Spaces co-founder Sebastian Behmann told Dezeen.

Fungus organisms submitted by Doxiadis+ and a bat submitted by Maeid represent the interdependence on human-built infrastructure.

A gaseous body submitted by Rojo/Fernández-Shaw aims to urge visitors to think of the atmosphere and planetary systems.

Stakeholders are displayed atop a large 12-metre-wide woven carpet made from recycled ocean plastic that forms the Future Assembly World Map.

“We focussed on the dynamics on our planet and left out political borders and other classic representations of the world map,” said Behmann.

“We rendered temperature differences or rainfall and other data to show that we are looking at the active processes on an ever-changing planet.”

Placed across the walls in an animal print-like formation is the More-Than-Human Chart. The chart illustrates events and movements as well as stories, perspectives and knowledge from indigenous people.

“We collected a multiplicity of voices from various stakeholders that together should form an idea of how space could be negotiated in the future,” Behmann explained.

“We wanted to generate a kind of space where we humans feel that we are not the only ones and that not everything is only about us,” he added.

“The Future Assembly is fictional and it demands a highly imaginative approach but it has the potential to become a reasonable project at some point.”

Elsewhere at the biennale, a cyclic rainwater system has been installed at the Danish pavilion to explore the importance and life-cycle of water, while Superflux created a banquet for all life forms including humans, animals, plants and fungi.

Photography is by Andrea Avezzù.

Future Assembly will be on display on the mezzanine of the Central Pavilion at the Giardini, as part of the Venice Architecture Biennale, which takes place from 22 May to 21 November 2021. Dezeen Events Guide for all the latest information you need to know to attend the event, as well as a list of other architecture and design events taking place around the world.