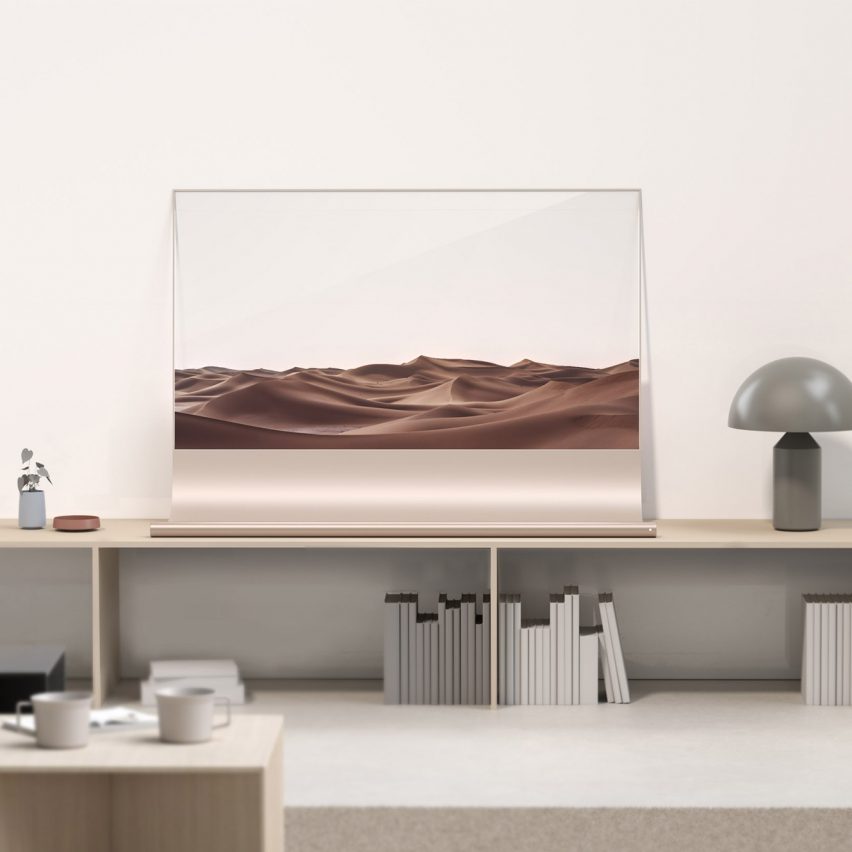 Richard Bone and Jisu Yun explain their design for a transparent OLED television that doubles as a shelf in our next video showcasing the finalists of Dezeen and LG Display’s OLEDs Go! competition.

Called Scroll, Bone and Yun’s multipurpose design can be used as a digital display when it’s turned on and a physical display shelf when turned off.

The slender form of the device, which takes inspiration from an unravelled scroll of paper, is made possible by the thinness and lightness of OLED panels.

A curved metal lip at the bottom of the OLED panel can be used to display personal belongings.

When not in use, Scroll’s display becomes transparent – another unique characteristic of OLED technology – so the device can blend more seamlessly into the user’s home.

“We wanted to create a device that no longer puts a screen at the centre of the room, but something that seamlessly fits into your home,” said Yun in the video, which Dezeen shot in Tokyo.

“It breaks from the traditional designs of TVs currently on the market and is designed as a piece of furniture rather than technology.”

The post Richard Bone and Jisu Yun design transparent OLED television that can be used as a shelf appeared first on Dezeen.