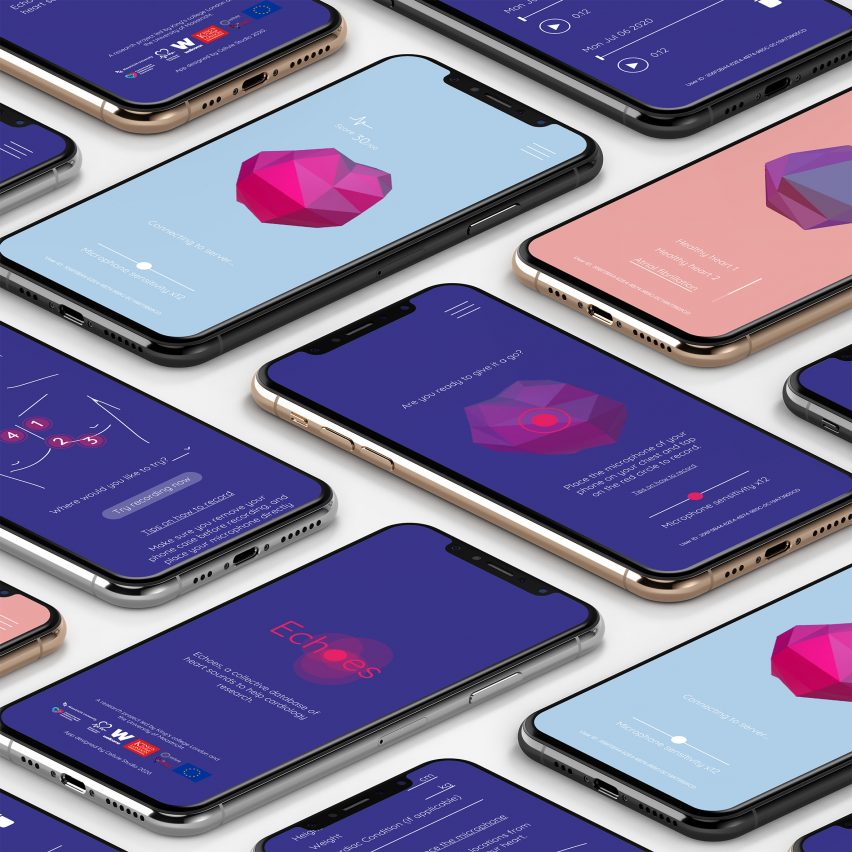 UK design studio Cellule has worked with medical researchers to produce Echoes, an app that lets users hear the sound and rhythm of their heartbeat.

Echoes was produced to test the possibilities of tracking heart conditions via smartphones.

But the app also aims to go beyond a purely medical function by letting users connect with their body and “contemplate your heart’s unique rhythm”.

“It is a tool that not only will help researchers understand the potential of mobile technology to detect good-quality heard sounds but also will let you learn about your heart in a beautiful and playful way,” according to Echoes.

The app was developed by Cellule with scientific research teams at Maastricht University and King’s College London.

The initial spark came from PhD researcher Hongxing Luo, who wanted to know if smartphone microphones could allow cardiac patients to monitor their own hearts from home. 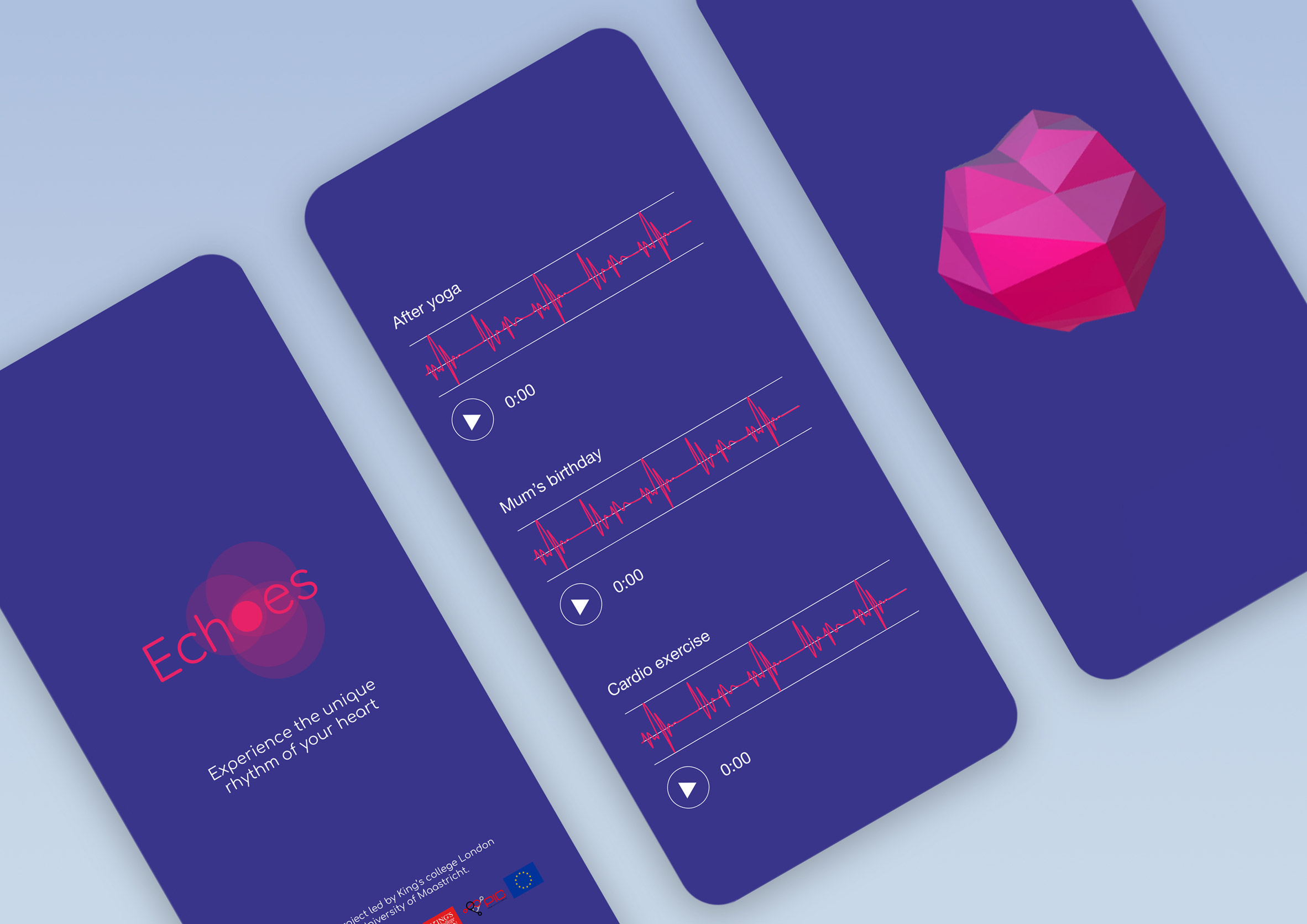 The app’s interface has a deliberately non-medical aestheticEchoes will allow these teams to test the idea and potentially put it into clinical use in the future.

For now, users can participate in the research project while enjoying colourful 3D visualisations of their heart sounds. They obtain the audio recordings by holdings the phone to their chests.

In contrast to many medical experiences that can be anxiety-inducing, the Echoes interface aims to have a calming effect, with visuals similar to digital art or ambient music videos.

“Echoes’ visual language to me is about bringing a poetic-visual representation to the human body rather than purely medical,” Cellule founder Salomé Bazin told Dezeen.

“For the Echoes app, the challenge was to visualise sound while maintaining an aesthetic which balanced the medical and the playful.”

To develop the graphic design, Cellule looked to how sound is visualised in music as well as the existing symbolic language around the heart.

“Add to that a colour scheme that talks to a younger generation, and hopefully we’ve created an approach that cuts through many mental barriers around cardiology,” said Bazin.

The designer hopes that Echoes provides an alternative paradigm to health apps that focus on tracking and quantifying.

“I don’t necessarily think tracking yourself down to every number is empowering,” she said.

“Instead of that, Echoes is about learning. Learning the beauty of how the heart can actually sound, acknowledging that it’s working hard every day for you.”

Echoes sends anonymised recordings to the research teams at King’s College London and Maastricht University so they can be assessed for sound quality.

The outcome of these tests will determine whether Echoes can be used for medical purposes in the future.

Cellule has a continuing connection to heart-related design. Its previous project, Big Heart Data, explored the role of 3D printing personalised hearts to plan for surgery.

Photography is by Pascal Schonlau.

The post Echoes app by Cellule shows "the beauty of how the heart can sound" appeared first on Dezeen.