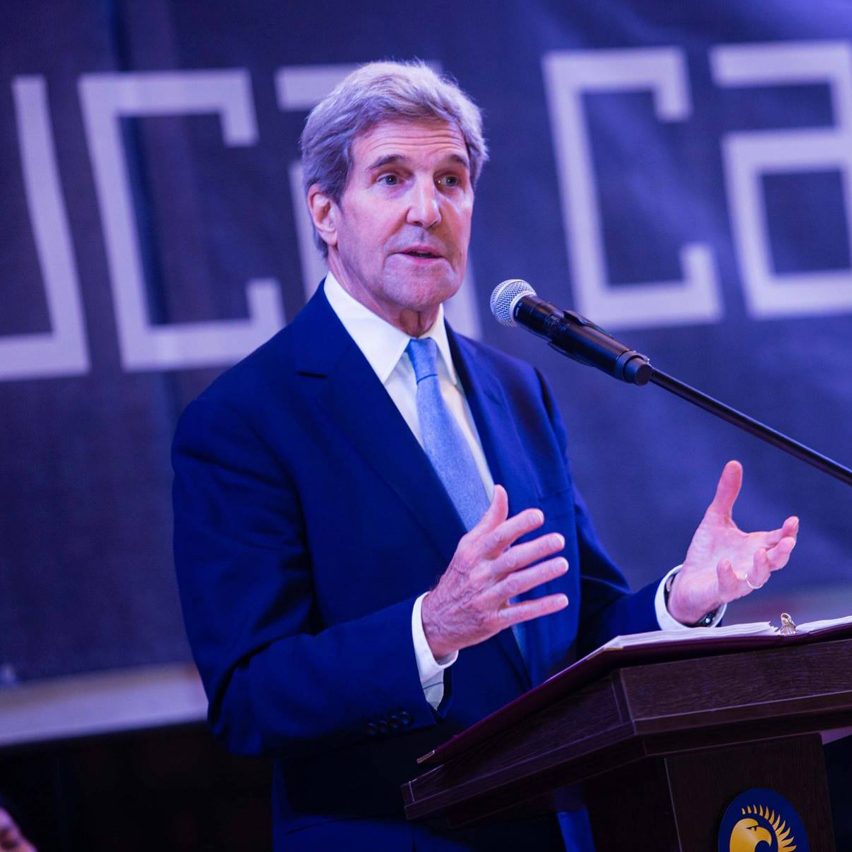 Half of all reductions in carbon emissions will need to come from systems that have yet to be invented, Kerry said, comparing the fight to reduce emissions to global efforts to develop Covid-19 vaccines.

“Fifty per cent of the reductions we have to make to get to net-zero by 2050 or 2045 are going to come from technologies that we don’t yet have,” Kerry said.

“We’re going to find our way to zero emissions”

Speaking to the BBC’s Andrew Marr yesterday, Kerry added: “We know how to invent and innovate. And we’re going to put every effort we have into making this transition happen as fast as possible.”

Kerry cited “green” hydrogen, which is hydrogen extracted from water using a chemical process powered by renewable energy, as a potential replacement for fossil fuels.

“There are a lot of possibilities out there,” he said. “Bill Gates is pursuing a small, modular next-generation nuclear capacity. We’re going to find our way to zero emissions as fast as possible.”

Other tech-led initiatives aimed at preventing climate change include Climeworks, a Swiss startup that is developing machines to capture carbon from the air.

XPrize, a non-profit organisation that funds technology competitions, has launched a $100 million call for innovative ways of removing carbon from the atmosphere.

Other ideas being pursued include geoengineering solutions such as cloud thinning and albedo modification, which involves covering parts of the earth surface with reflective material.

Kerry denied that achieving net-zero emissions would impact the lifestyle of Americans, who would “not necessarily” have to reduce the amount of meat they eat.

Meat and dairy production produces an estimated 14.5 per cent of global emissions, but Kerry said that new technologies could reduce this impact.

Asked whether Americans needed to reduce their consumption, Kerry replied: “It depends on where the energy source is. We are producing too much carbon, no question about it.”

In January, US president Joe Biden appointed Kerry, a former senator and presidential nominee, as the nation’s first special presidential envoy for climate.

The move was part of Biden’s push to place the US at the forefront of global efforts to tackle climate change, following a lack of action during the tenure of previous president Donald Trump.

“The United States is the second-largest producer of greenhouse gas emissions in the world,” Kerry told Marr. “And we’re determined to turn that around.”

He added: “I’m convinced that we’re not only going to get there, we’ll get there sooner than people think.”

Global efforts to tackle climate change will be discussed at Cop26, the 2021 United Nations Climate Change Conference, which is being held in Glasgow from 1 to 12 November.

The main image is by American University of Central Asia via Wikimedia Commons.

The post Solving climate change will require "technologies we don't yet have" says John Kerry appeared first on Dezeen.