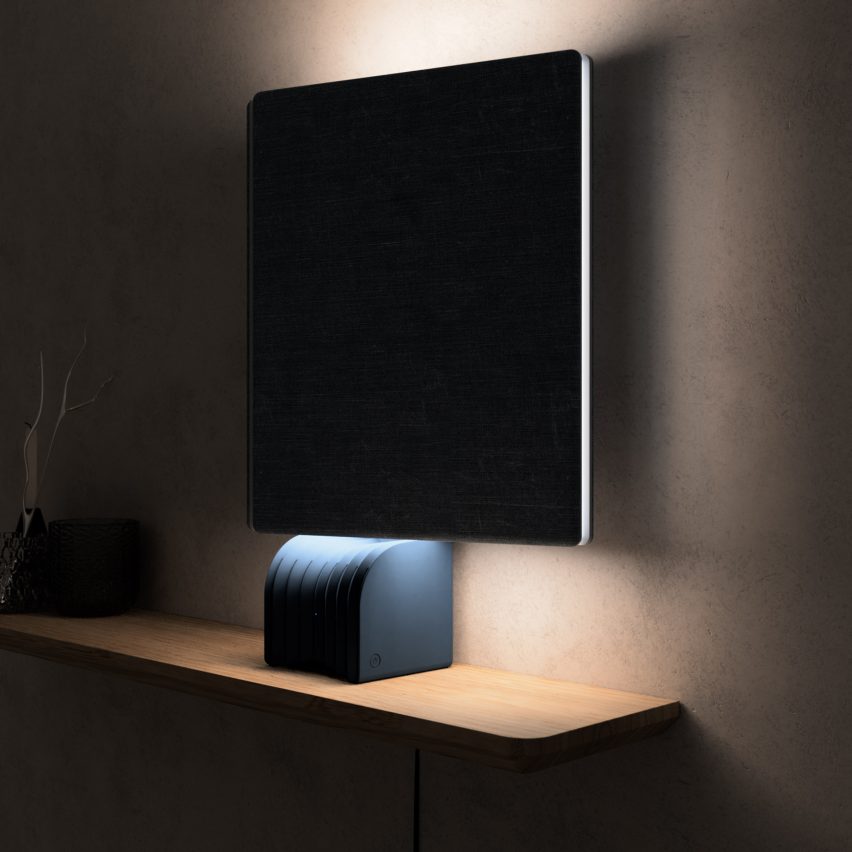 In our first video showcasing the finalists of Dezeen and LG Display’s OLEDs Go! competition, Canadian designer Jean-Michel Rochette explains his concept for a lamp that unfolds to become a television.

Called Signal, Quebec-based designer Rochette‘s concept features a flexible OLED display that folds in the centre like the cover of a book.

When it is closed, Signal functions as a Bluetooth speaker and ambient light.

Users have to manually open the device like a book to unveil the OLED screen inside and watch TV.

Signal features a textile cover on the back of the display to ensure that it is attractive when it is closed and is pleasurable for the user to touch.

The design is aimed at customers who do not want their television to dominate the room when not in use.

“Signal is aimed at people who want something different from a TV, something more than just a flat black screen,” said Rochette in the video, which Dezeen filmed in Quebec, Canada.

“I designed it for an audience that is sensitive to how a room should look and feel and who want their TV to be more than just a media consumption device.”