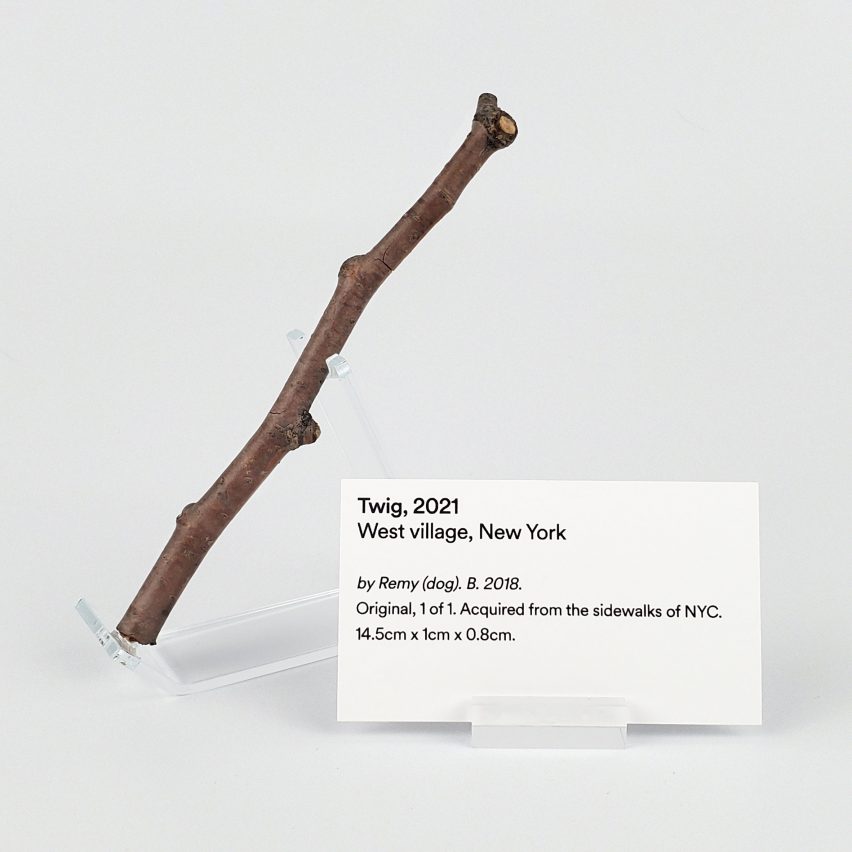 From a picture of a twig to a golden Pringles can, we’ve rounded up eight NFTs that are trying take advantage of the hype around the blockchain technology.

Non-fungible tokens (NFTs), which can be used to sell digital assets such as jpegs and mp4s, have exploded in popularity following a number of high-profile, multi-million dollar sales.

Digital designers including Andrés Reisinger and Andreas Wannerstedt have hailed NFTs as a new frontier that will allow them to sell experimental, avant-garde work directly to consumers.

That’s because attaching one of these tokens to a file effectively acts as a blockchain-based certificate of ownership, allowing it to be authenticated, bought and collected.

However, with large sums of money seemingly up for grabs, NFT marketplaces such as OpenSea, Rarible and Nifty Gateway have increasingly been flooded with projects that are hoping to cash in on the boom.

Below, we’ve shared eight of the most frivolous. 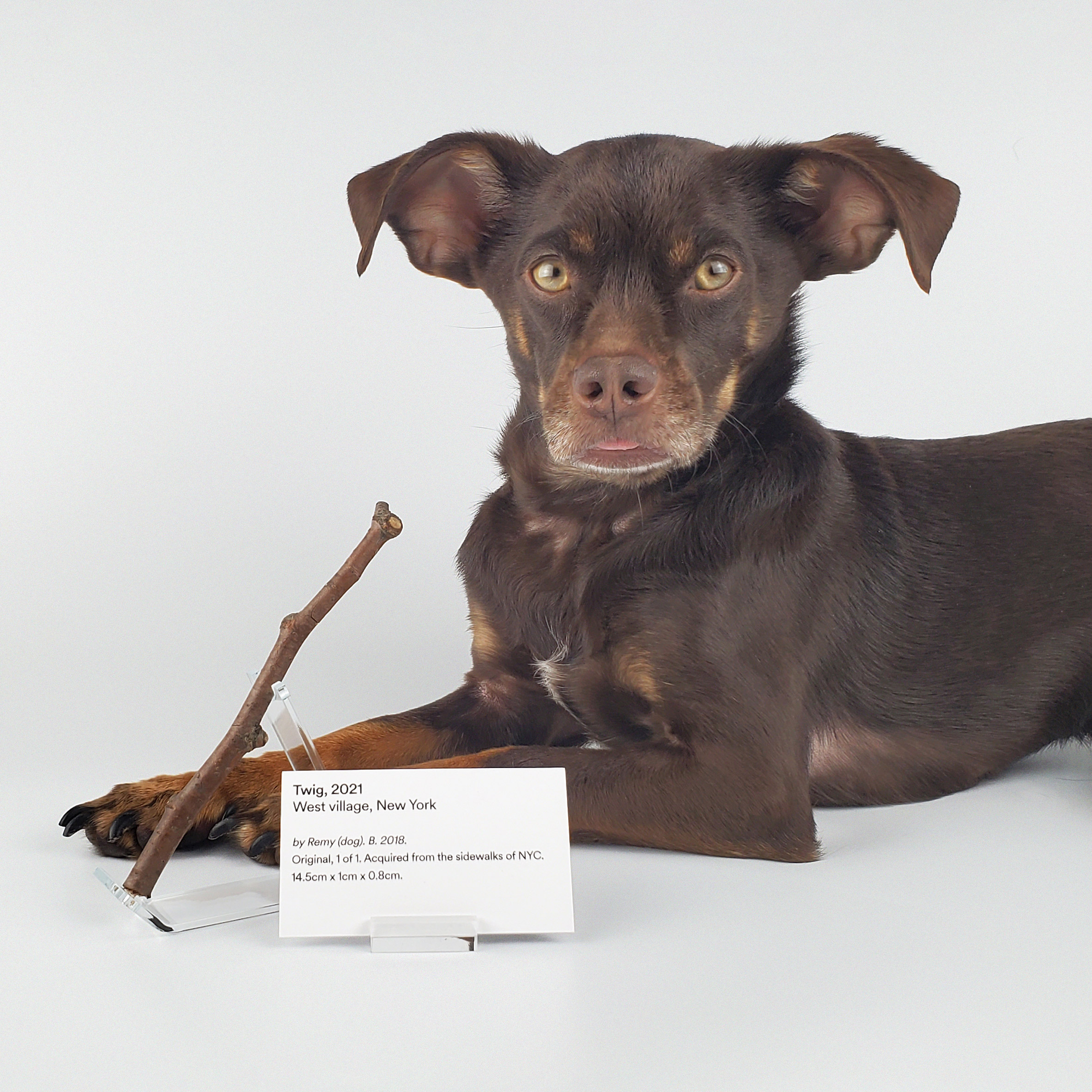 Non-fungible twig by Between Two Naps

Concerned that our four-legged friends were missing out on the NFT craze, experimental dog wear brand Between Two Naps sourced a stick from the streets of New York and sold it as a non-fungible twig.

The “collector’s item for art-loving dogs” is for sale at a starting price of $1,200, with one lucky canine receiving not just a digital image of the twig but also the one-of-a-kind physical stick, complete with a presentation stand and handmade aluminium display case.

“The non-fungible twig was acquired from a West Village sidewalk, one of the most exclusive neighbourhoods in New York City,” said the brand.

“It is where picturesque tree-lined streets blend perfectly with the putrid smell of overflowing trash that makes the area so irresistible to dogs. There is nowhere else like it. For the first time, dogs anywhere in the world can enjoy a piece of that dream.” 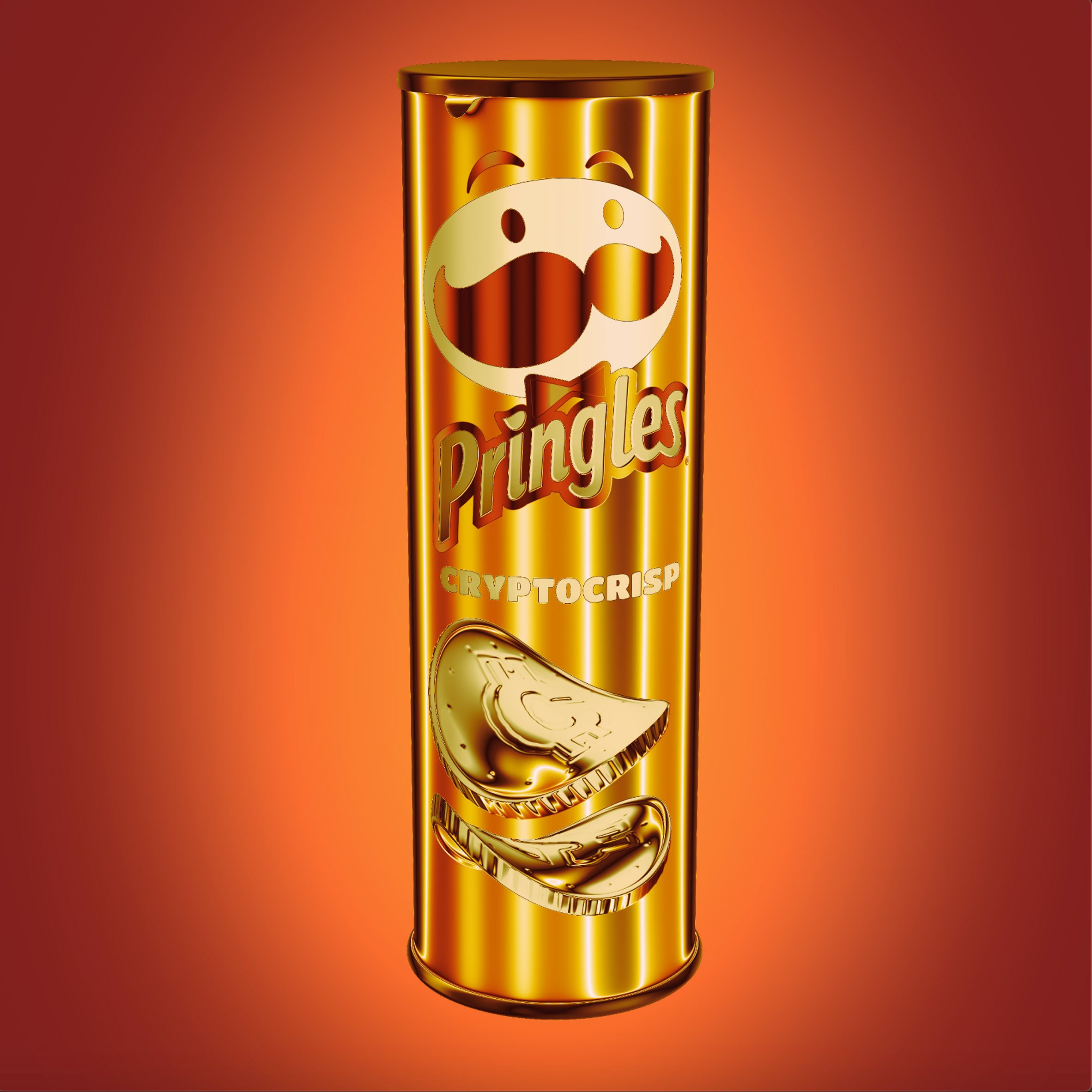 Pringles has released what the brand calling its debut “virtual flavour” but is, in reality, an animated video of a gold-gilded crisp tube spinning around while the brand’s mascot Julius Pringles knowingly raises his eyebrows.

The limited edition of 50 was auctioned off via NFT marketplace Rarible, with bids starting at close to the price of a real Pringles can.

However, the highest bidder ended up paying just over $3,660 for the inedible snack, on top of the “gas fee” that platforms charge to offset the computing energy that is needed to process transactions.

you can bid on (and listen to) the fart here: https://t.co/HU2ptyeBWp pic.twitter.com/lw6oGZZEYX

One Calendar Year of Recorded Farts by Alex Ramírez-Mallis

As large swathes of the world’s population were confined to their homes during the coronavirus lockdown last March, Brooklyn director Alex Ramírez-Mallis and four of his friends began recording their farts and sharing them via a Whatsapp group chat.

Since then, a year’s worth of flatulence has been compiled into a 52-minute master MP3 and auctioned off as an NFT, with individual, numbered fart recordings also available for $85 each.

According to Ramírez-Mallis, the release is a meta-critique of the NFT craze itself and the idea of placing value on something intangible, which he describes as “absurd”.

“I’m hoping these NFT farts can at once critique, make people laugh and make me rich,” he told the New York Post. 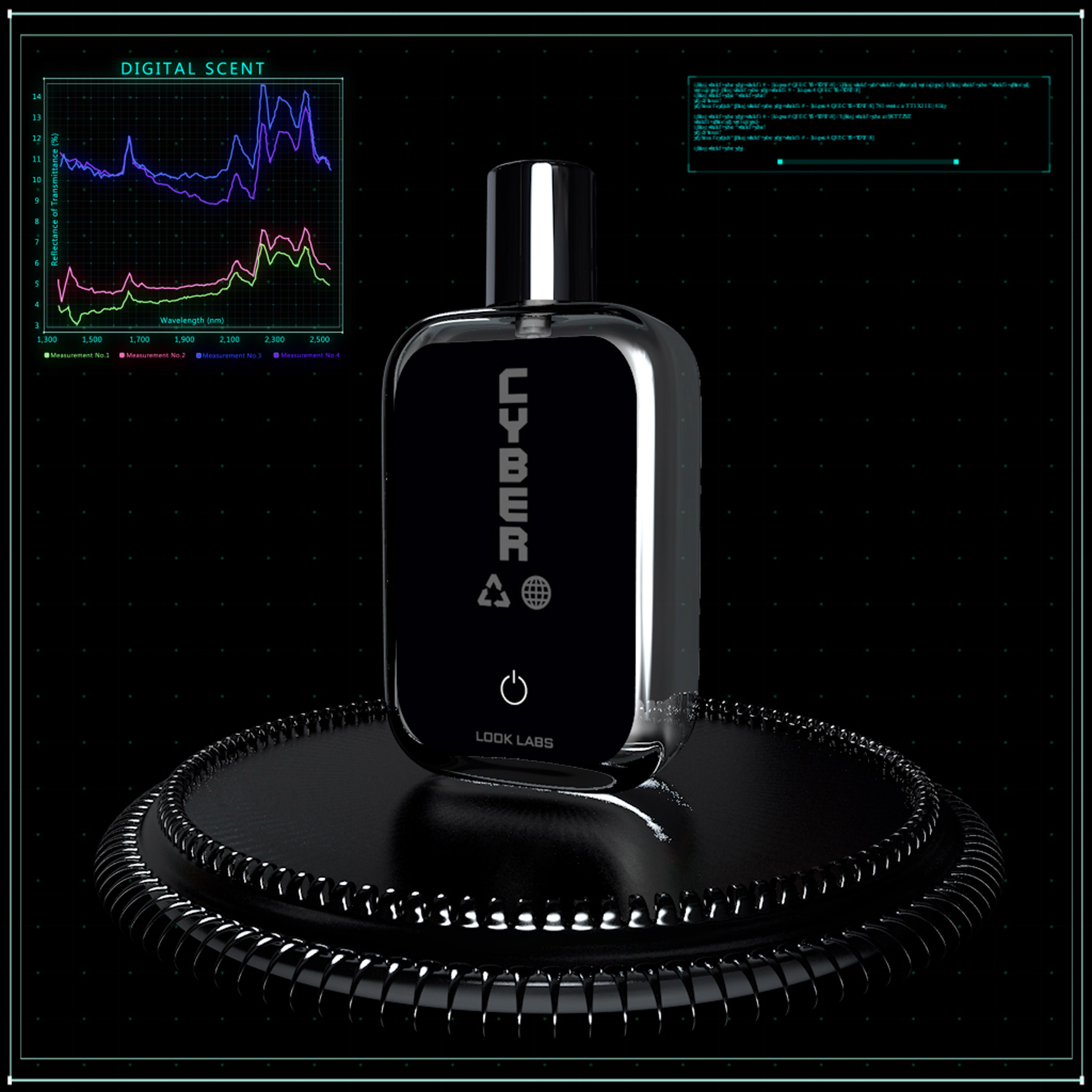 Although the description for the “world’s first digital fragrance” details zesty head notes of lemon and pepper, grounded by earthier scents like pine needles, cedarwood and amber, the actual NFT can’t be smelled.

The duo recorded the molecular vibrations of the real fragrance using near-infrared spectroscopy (NIRS) and integrated them into a short video clip as colourful spectrograms.

Buyers of the MP4 will also be able to redeem a special edition of the physical perfume to experience the scent in person. 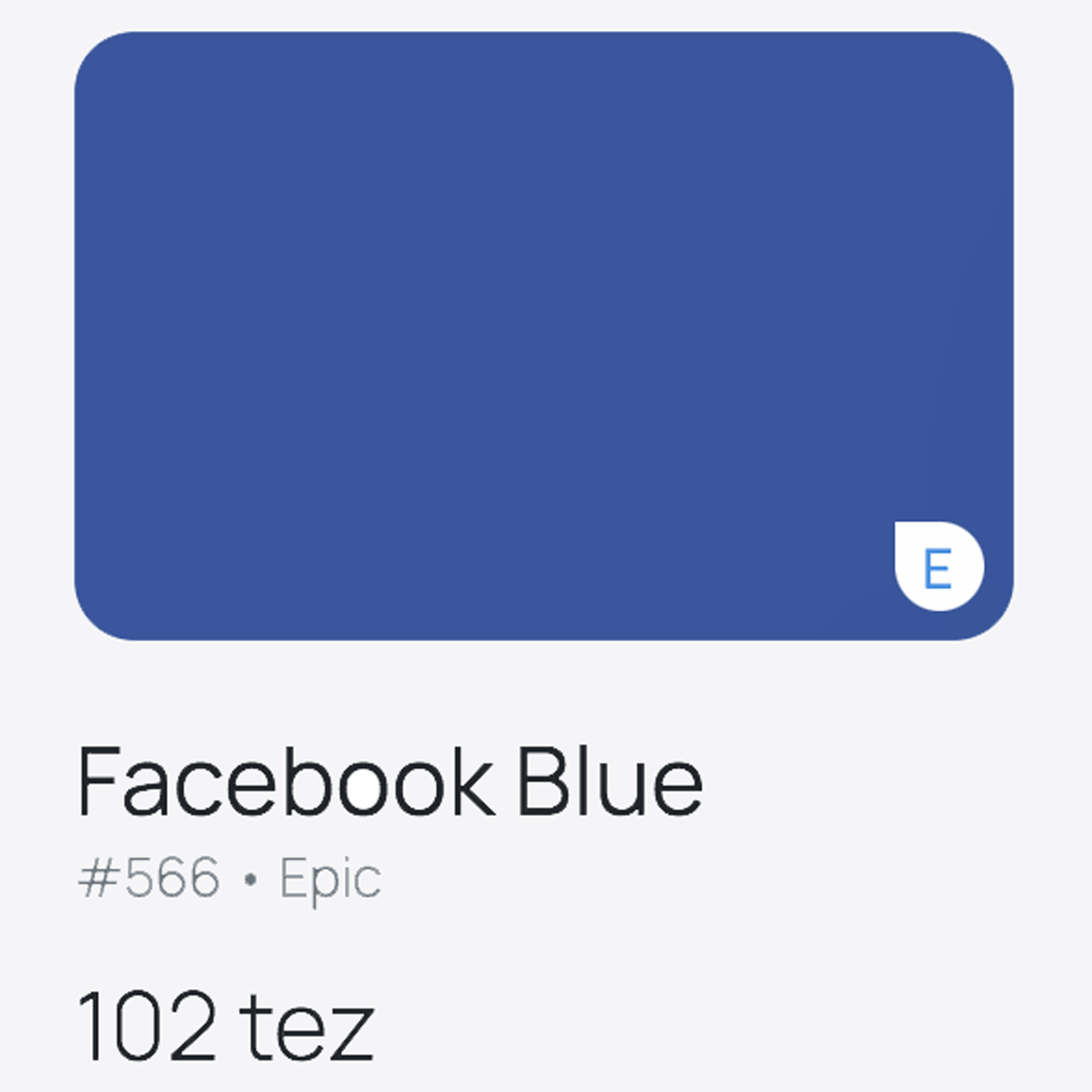 Facebook Blue and washed-out persimmon are among 1,680 colours being auctioned off as unique collectors’ items as part of a project called Tzcolors.

The shades are divided into three categories, with 32 colours classed as “legendary” and 138 as “epic” while the remaining 90 per cent are “standard”.

Buyers don’t receive exclusive usage rights to their hue but simply a digital certificate of ownership, which enables them to collect the colours or sell them on. Among the most expensive shades so far is Platinum, which sold for more than $5,000. 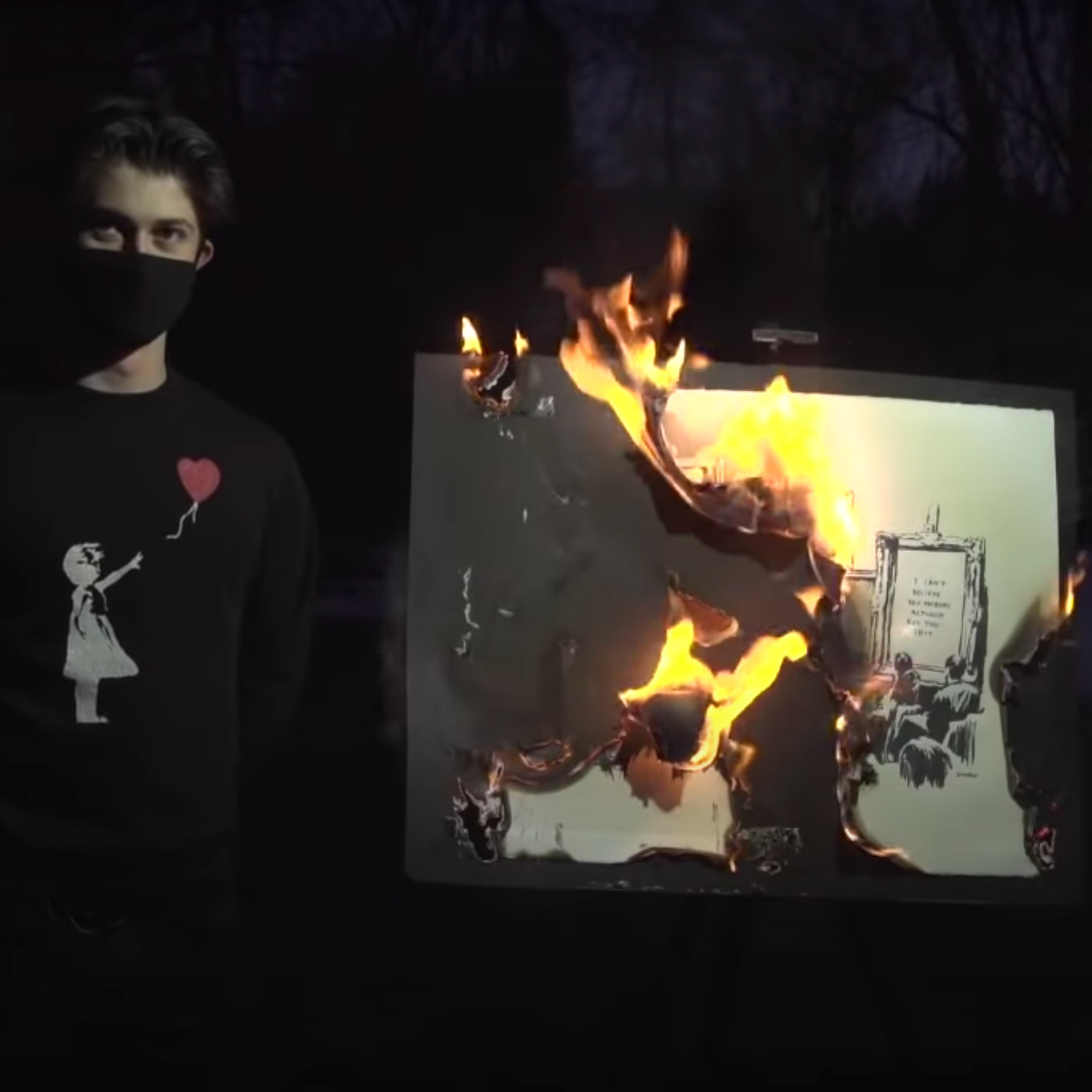 Upholding the illustrious tradition of destroying Banksy artworks, Blockchain company Injective Protocol burned a screenprint by the artist during a live stream and proceeded to sell a digital representation of the piece as an NFT for $380,000.

Called Morons, the print was reportedly purchased for $95,000, and depicts an auctioneer in front of a painting that reads: “I can’t believe you morons would actually buy this”.

“By doing this, the value of the physical piece will then be moved onto the NFT – being the only way you can have this piece anymore,” the arsonist told viewers.

Croatian tennis player Oleksandra Oliynykova has turned herself into a human billboard by selling the “lifetime exclusive rights” to a 15 by eight-centimetre section on her upper arm as an NFT.

The buyer, who spent $5,000 for the honour, will be able to commission a tattoo or piece of body art in the location, which would be visible every time she takes a shot.

Alternatively, the NFT’s description on marketplace OpenSea explains that the owner could leave the space blank, burn it or re-sell it for a higher price as Oliynykova’s popularity as a player rises.

American real estate agent Shane Dulgeroff commissioned this short, looped video as a way to sell one of his properties in Thousand Oaks, California.

The animation by graphic designer Kii Arens effectively acts as an advertisement for the real house, which will be handed over to the buyer of the NFT alongside the MP4 file.

In a column for Dezeen, architecture critic Aaron Betsky predicted that the property businesses will effectively use NFTs as a glorified sales tactic.

“Perhaps the real role of the NFT will be in the production of images that extend the digital renderings developers produce of their luxury condos before they are built,” he wrote.