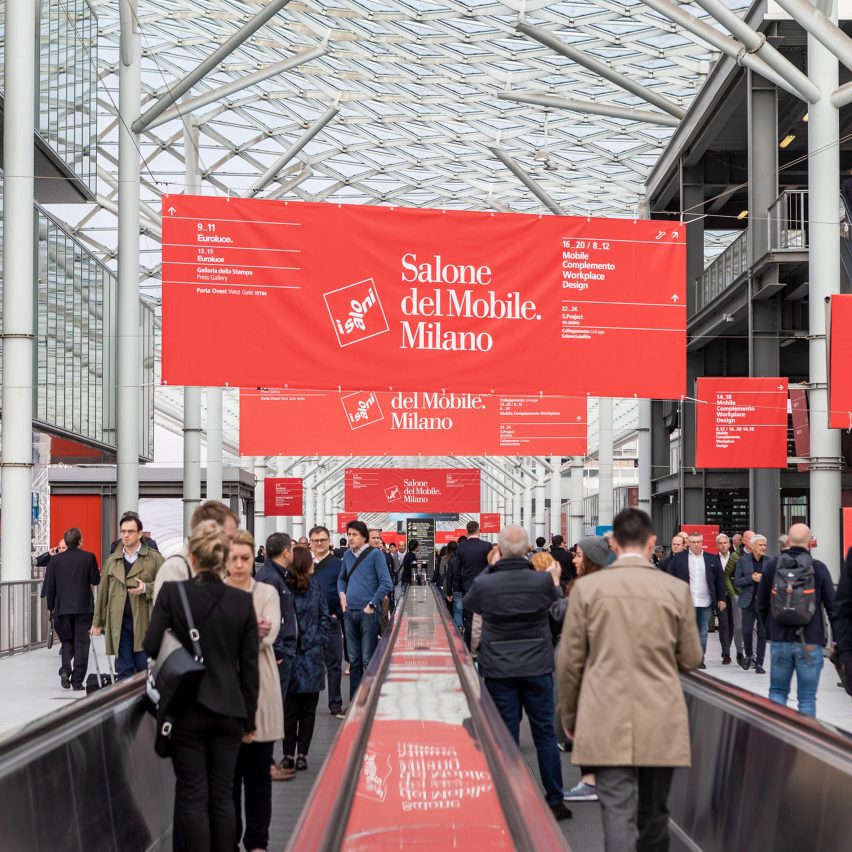 Organisers of Milan’s Salone del Mobile have confirmed that the furniture fair will take place in September, ending speculation that the event would be cancelled or moved to a smaller venue.

The fair will be held as planned from 5 to 10 September at its regular venue, the Fiera Milano exhibition centre outside the city.

The board of Federlegno Arredo, the trade body that owns the Salone del Mobile brand, yesterday voted unanimously to press ahead with the fair following a “constructive internal debate”.

“Internationally renowned curator” to be appointed

The fair “will be entrusted and coordinated by an internationally renowned curator” and will feature an “unprecedented digital platform,” organisers said.

Federlegno Arredo president Claudio Feltrin said the decision to go ahead with Salone del Mobile was down to “a team effort that will allow us to organise a special edition, as unique as the period we are experiencing.”

The decision follows a period of uncertainty about the viability of the fair, which saw former president Claudio Luti resign in frustration at the lack of support from exhibitors. “The common will of purpose […] has failed,” Luti said.

Luti had successfully lobbied the Italian government to provide reassurances that Covid-19 restrictions would be lifted in time to allow the event to take place.

But despite this, rumours circulated that key Italian brands had cancelled their booths amid concerns over low visitor numbers due to the pandemic.

In response, Milan mayor Beppe Sala urged exhibitors to rally behind the fair and announced that Italian president Sergio Mattarella had agreed to attend its opening.

Sala warned that, if the event was cancelled, rival European cities would try to take Milan’s place as home to the world’s biggest and most important design fair.

Cancelling would be “madness”

This led to calls for a smaller fair, with architect Stefano Boeri offering the Triennale di Milano museum as a potential venue.

Ahead of yesterday’s announcement Boeri, who is president of the Triennale di Milano, told Dezeen it would be “madness” to cancel the fair altogether.

“It would cause relevant damages to the Salone del Mobile and fuorisalone supply chains, to the international image of the city and to the whole world of small and medium-sized companies,” he said.

Fuorisalone events to go ahead

Earlier this month, organisers of fuorisalone events that take place in Milan alongside the fair announced that they would go ahead with their shows even if Salone del Mobile was cancelled.

This year’s fair will mark the 60th anniversary of the Salone del Mobile but will be its 59th edition since last year’s fair was cancelled due to coronavirus.

Salone del Mobile and related fuorisalone events will take place from 5 – 10 September 2021 in Milan. See Dezeen Events Guide for an up-to-date list of architecture and design events taking place around the world.

Epix workplace furniture by Form Us With Love for Keilhauer