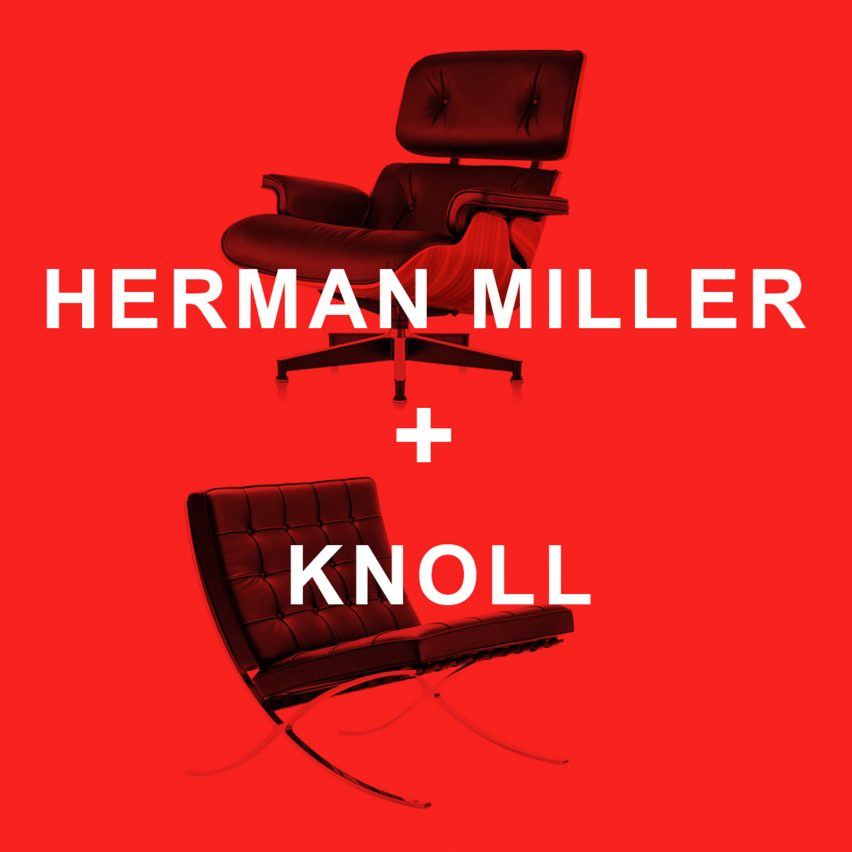 Furniture brand Herman Miller is acquiring fellow manufacturer Knoll in a transaction that will see the two American design companies combined into one.

Herman Miller is set to acquire Knoll in a cash and stock transaction valued at $1.8 billion that has been approved by the boards of directors of both companies, the brands announced on a new, combined website.

The merger will create the “preeminent leader in modern design,” the two brands claimed in the release. Between them, Herman Miller and Knoll have 19 brands and a presence in more than 100 countries.

Both companies have a number of iconic designs under their umbrellas, with Herman Miller producing the Eames lounge chair and the Aeron chair by Bill Stumpf and Don Chadwick. Knoll has Marcel Breuer‘s Wassily chair and Mies van der Rohe and Lilly Reich’s Barcelona chair.

“As distributed working models become the new normal for companies, businesses are reimagining the office to foster collaboration, culture and focused work, while supporting a growing remote employee base. At the same time, consumers are making significant investments in their homes,” she added.

“With a broad portfolio, global footprint and advanced digital capabilities, we will be poised to meet our customers everywhere they live and work.”

The coronavirus pandemic was one factor in the merger, with the companies explaining that it will allow them to “catalyse the transformation of the home and office at a time of unprecedented disruption”.

Within two years of its closing, the deal is expected to generate $100 million of run-rate cost synergies, savings that occur when duplicate costs for two companies – such as supply chain costs – are merged.

The combined company will have projected annual revenue of approximately $3.6 billion and projected adjusted earnings before interest, taxes, depreciation, and amortisation (EBITDA) of approximately $552 million, based on the two brands’ last financial reports as well as the cost synergies.

It will be led by Owen, who will serve as its president and CEO. Knoll chairman and CEO Andrew Cogan will leave the company when the transaction closes.

Herman Miller was one of the companies taking part in Dezeen’s Virtual Design Festival, where it showed five seating collections for the workplace.

Knoll has worked with a number of designers in recent years, including London studio Barber and Osgerby, which created the Smalto enamel tables for the company.

CArrelé wall tiles are made from discarded eggshells