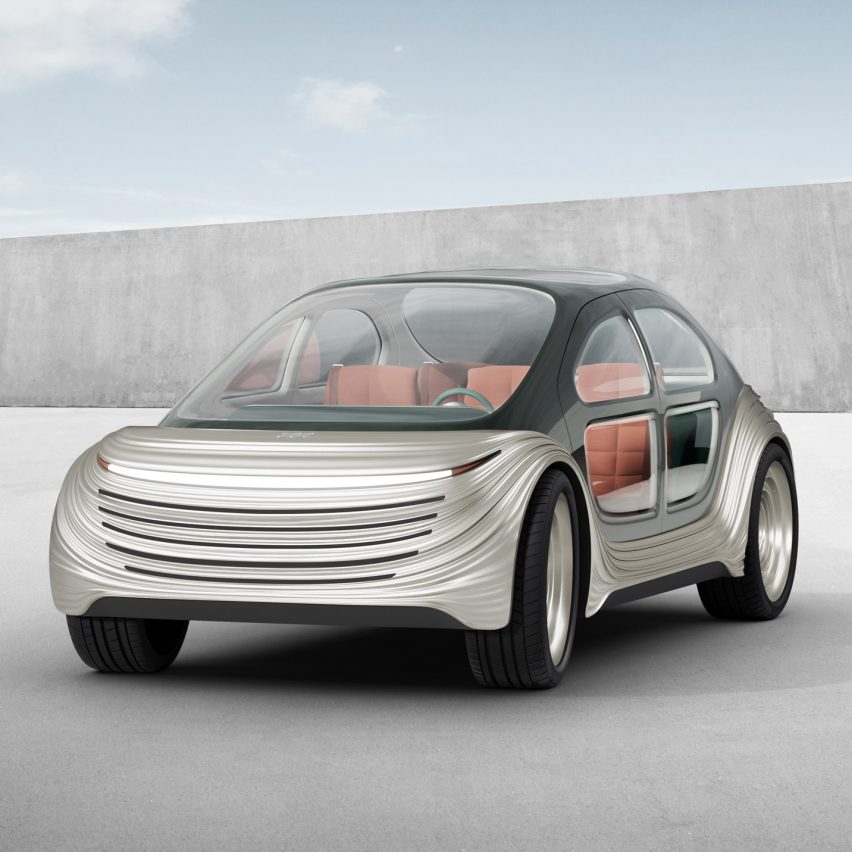 London-based Heatherwick Studio has unveiled its concept for the Airo electric car for IM Motors that will “vacuum up pollutants from other cars”.

Revealed today at the Shanghai Motor Show, the vehicle for newly formed Chinese car brand IM Motors was designed by Heatherwick Studio as its first car.

Named Airo, the electric car will be fitted with a HEPA – high-efficiency particulate air – filtering system that will actively clean pollution. It will have both autonomous and driver-controlled modes.

“Instead, using the latest HEPA-filter technology, it goes further by also vacuuming up pollutants from other cars as it drives along.”

The car has been designed with a flexible interior with rotating seats so that it can be reconfigured into a “multi-functional room”.

With the seats facing each other a four-leaf table can be unfolded to create a dining space or a screen extended to watch films or play games.

The car’s interior can also be turned into a bedroom as the contoured seats fully recline to create a double bed.

In this mode, the glass roof can be made opaque using the “latest technology” to create a private space.

“Designed to simultaneously address the global space shortage, Airo is also a multi-functional room with extra space for dining, working, gaming or even sleeping,” said Heatherwick.

“As a new room for our lives, with a changing view, Airo is  a car intended to transport us to a cleaner and better future.”

Alongside the car, Heatherwick Studio has also designed a charging station that it describes as “oozing with character”.

These curved stations will be built from weathered steel and have a retractable wire for charging.

The car, which is set to go into production in 2023, was designed for IM Motors – a car brand created by Chinese car company SAIC Motor, online retailer Alibaba Group and the Zhangjiang Hi-Tech Group.

It will be the first car designed by Heatherwick Studio, although the studio previously designed a bus for London.

Along with a bus the studio has also designed a boat to transport tourists and locals along the Loire river between Nantes and Saint-Nazaire.

The post Heatherwick Studio reveals Airo car that will clean pollution as it drives appeared first on Dezeen.