This week Harry Potter locations were redesigned as contemporary buildings 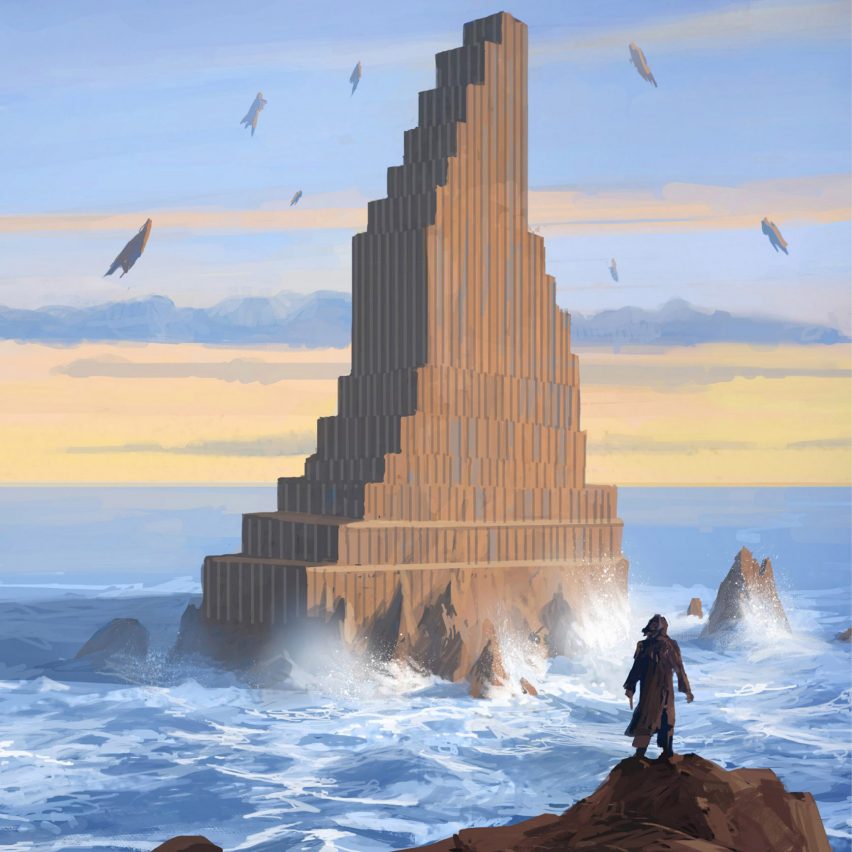 This week on Dezeen, architect Michele De Lucchi reinterpreted Hogwarts castle and other locations in the Harry Potter story in a contemporary architectural language for the covers of the books in Italy.

Commissioned by publishing house Salani, each of the seven covers includes a significant location from the series that was redesigned by the architect and his studio AMDL CIRCLE.

“As architects, we inevitably approached the novel by having in mind the space, the objects and the atmosphere that these objects generate in space,” De Lucchi told Dezeen.

“We took wizarding world locations and represented them as visionary architectures: an imagination without limits, free from the constraints imposed by the design and production of a product.”

Coronavirus continues to impact global events in the design and architecture world, with organisers of national pavilions for the upcoming Venice Architecture Biennale making plans to open without visitors.

Organisers of the Swiss, Dutch and Singaporean presences said they intend to host “silent openings” during the event’s preview on 20 and 21 May.

However, in Milan, 16 design platforms committed to holding events in September even if the Salone del Mobile furniture fair set to take place that month is cancelled.

The impact of Brexit continued to be felt in the UK, with small design firms reporting that they were setting up businesses in the European Union in response to a slump in business.

“The UK is no longer a viable distribution hub,” furniture designer Lara Bohinc told Dezeen. Designer Peter Marigold said that keeping his small-scale business in the UK was “just not viable”.

The authors of the Ultimate Collector Cars book, Charlotte and Peter Fiell, picked out seven of the most collectible cars of all time for Dezeen.

Cars that made the list included the Alfa Romeo 8C 2900B MM Spider (above) and a Mercedes Benz thought to be the most valuable car in the world.

This week, we looked at the architectural highlights of east Africa as we continued our collaboration with the editors of the Sub-Saharan Africa Architectural Guide.

Projects picked by the editors included a kilometre-long 1970s housing block in Zanzibar, the Baha’i House of Worship in Uganda and the Genocide Memorial  Amphitheatre in Rwanda designed by John McAslan and Partners (above).

Popular projects this week included a hotel with a grass-roof extension in Japan designed by Sou Fujimoto Architects, an old Kyoto row house renovated to create a sense of loftiness, and a studio with terrazzo walls built in a London garden.

This week’s lookbook focused on interiors that use pastel colours.

The post This week Harry Potter locations were redesigned as contemporary buildings appeared first on Dezeen.