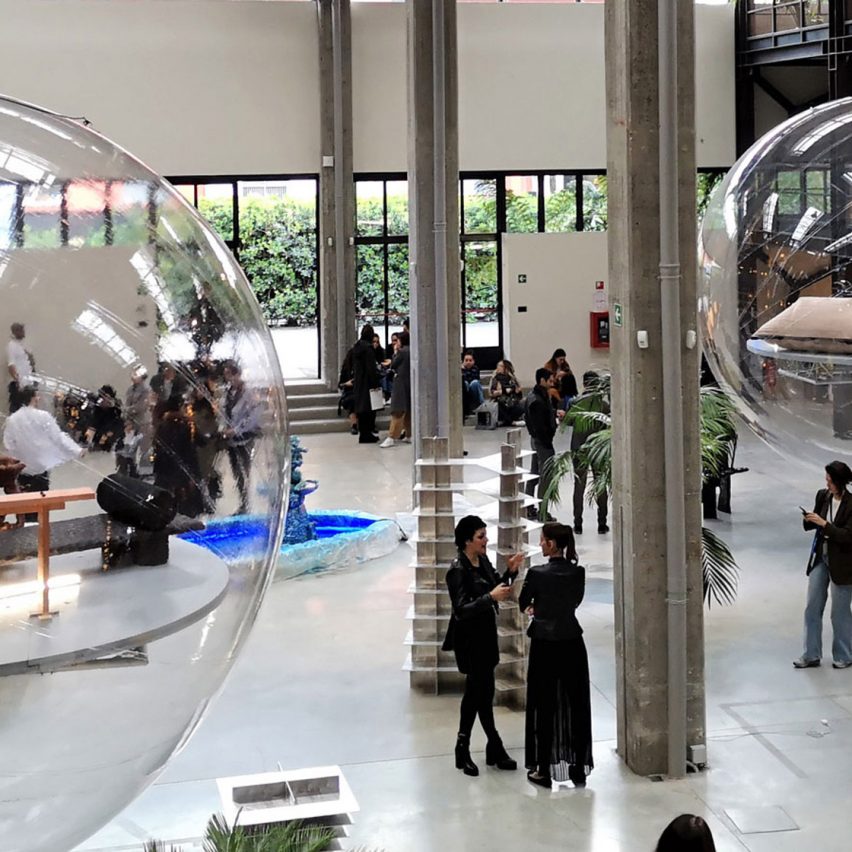 Sixteen of Milan’s design platforms have joined forces to commit to holding events in September even if the Salone del Mobile is forced to cancel.

The citywide events and venues, collectively known as the fuorisalone, issued a statement confirming that they will hold design shows from 5 to 10 September.

“The Milan fuorisalone, represented by a broad group of its most notable participant organisations, is pleased to confirm that its activities in and around the city of Milan will go ahead from the 5th to the 10th of September as planned,” said the statement.

It added that events will take place “in full compliance with all precautionary measures necessary to safeguard the health of participants and the public”.

Fuorisalone will happen in September

The move follows a plea from the Salone del Mobile to the Italian government last month seeking assurances that will allow the fair to go ahead despite the resurgence of Covid-19 cases in Italy.

The fair, the world’s biggest and most important furniture fair, said it was “waiting for certainties from the government” before it could confirm its plans for September.

The Italian government had been expected to issue a ministerial decree last week, which the fair hoped would provide certainty.

But in the absence of government reassurances, the fuorisalone events have banded together to reassure the design world that their events will take place.

“In this profoundly challenging moment, without precedent in recent times, there is an urgent need to begin the reconstruction of collaborative relationships beyond the national borders that have constrained us for so many months,” the statement said.

“The members of this group see this special edition as an opportunity to build an even more engaging, dynamic, sustainable and inclusive fuorisalone which will offer new and much-needed opportunities to companies in the sector; it is the hope of this group that by clarifying its position,” it continued.

“It will encourage other exponents of the sector to follow its lead and commit to the realization of the fuorisalone 2021 with renewed energy and determination, symbolising the determination to make design a driver of Milan’s reopening to the world.”

“It’s been an incredibly tough period for designers and companies alike, and obviously everyone is really looking forward to being able to reactivate their international networks,” said Alcova founders Joseph Grima and Valentina Ciuffi.

“We hope that by sending the message that everyone who is part of the fuorisalone circuit is fully committed to making this year’s special edition happen, it will lift some of the lingering uncertainty and give designers and companies the confidence to make plans.”

This year, Alcova will take over the former military hospital of Inganni (pictured top) in the west of the city.

Grima and Ciuffi added: “We feel that this year it’s not so much about the quantity of events as their quality, and we’ve been working hard with a group of great partners to make this the most amazing edition of Alcova ever.”

Salone del Mobile 2021 and parallel fuorisalone events are due to take place in Milan from 5 to 10 September. For an up-to-date list of architecture and design events, visit Dezeen Events Guide.