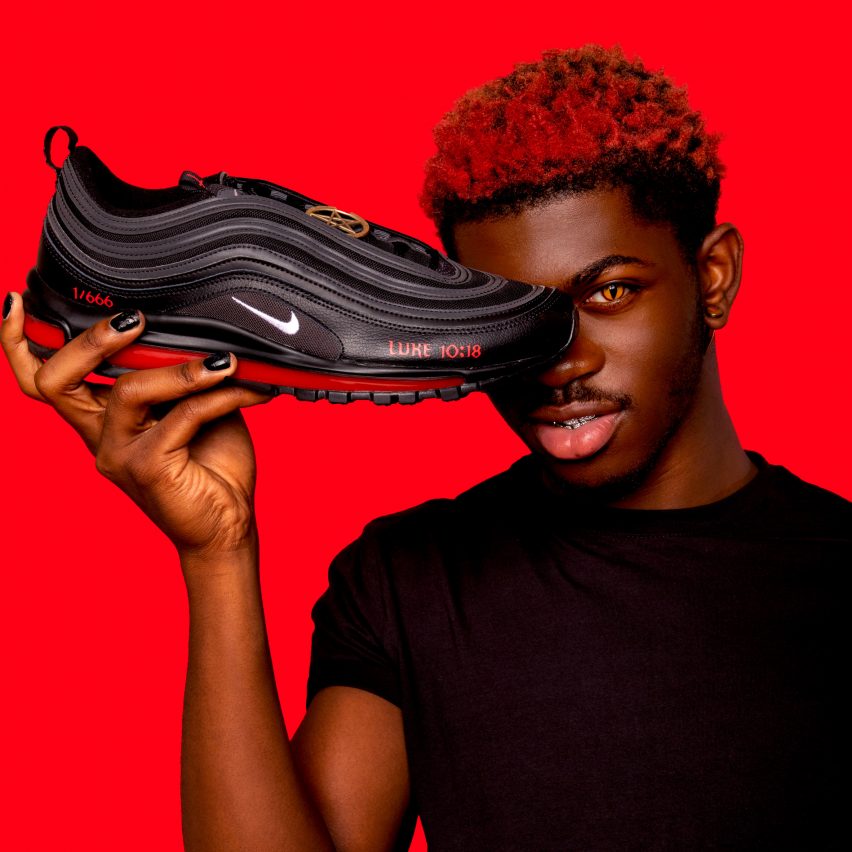 In a lawsuit filed at a district court in New York, Nike said the altered shoes, which still display its signature swoosh logo, are causing people to believe “Nike is endorsing satanism” and causing “calls to boycott” their brand.

The altered Nike Air Max 97s sold out in under a minute. At $1,018 a pair, the collaboration would have netted $677,988 for MSCHF, which now faces a trademark infringement case.

Nike has asked for MSCHF to pay damages and legal fees and is seeking an intervention to stop the orders of Satan Shoes from being fulfilled.

“In the short time since the announcement of the Satan Shoes, Nike has suffered significant harm to its goodwill, including among consumers who believe that Nike is endorsing satanism,” reads the lawsuit.

The suit was filed at the Eastern District of New York, which covers Brooklyn in Kings County where MSCHF is based.

“MSCHF and its unauthorised Satan Shoes are likely to cause confusion and dilution and create an erroneous association between MSCHF’s products and Nike,” the sports shoe company’s lawyers said.

“In fact, there is already evidence of significant confusion and dilution occurring in the marketplace, including calls to boycott Nike in response to the launch of MSCHF’s Satan Shoes, based on the mistaken belief that Nike has authorised or approved this product,” continued Nike.

The Satan Shoes feature occult symbols associated with the devil, such as pentagrams and inverted crucifixes.

The air cushions in the soles – a pun on souls – have been injected with red ink mixed with a drop of human blood, which MSCHF said was willingly donated by six members of the design team.

Nike says this alteration could make the shoes dangerous.

“Making changes to the midsole may pose safety risks for consumers,” reads the lawsuit.

Some senior religious figures and right-wing politicians in the US have expressed outrage over the Satan Shoes and the song they were made to promote.

For his single Montenero (Call Me By Your Name), Lil Nas X co-directed a music video where he is seduced by a snake and stoned to death with butt plugs, before twirling down a stripper pole to hell to give the devil a lap dance.

Satan is depicted wearing his namesake custom Nikes paired with a bondage harness, before Lil Nas X snaps his neck, steals his crown of horns and sprouts demonic wings.

The singer, who came out in 2019, said the music video was a letter to his younger, closeted self and revenge for years of self-loathing caused by “the shit y’all preached would happen to me because I was gay”.

Lil Nas X has addressed the news of the lawsuit by sharing jokes and memes on Twitter. He captioned a video of two men strutting in thigh-high boots “me and satan on the way to nike headquarters” and said a clip of cartoon character Squidward begging in a cardboard box would be “me after the nike lawsuit”.

Sharing a video of an outraged pastor delivering a sermon about the Satan Shoes, the musician commented: “we are in a pandemic & there is a mass shooting every week but y’all are gathering in church to discuss shoes lmaooo”.

This is not the first Brooklyn-based lawsuit brought by Nike. In 2014 the shoemakers sued three of its former designers for $10 million, accusing them of defecting to rival brand Adidas’ Creative Studio in Brooklyn, and taking design secrets with them.