Bocci releases DIY instructions for its 64 candle as an NFT 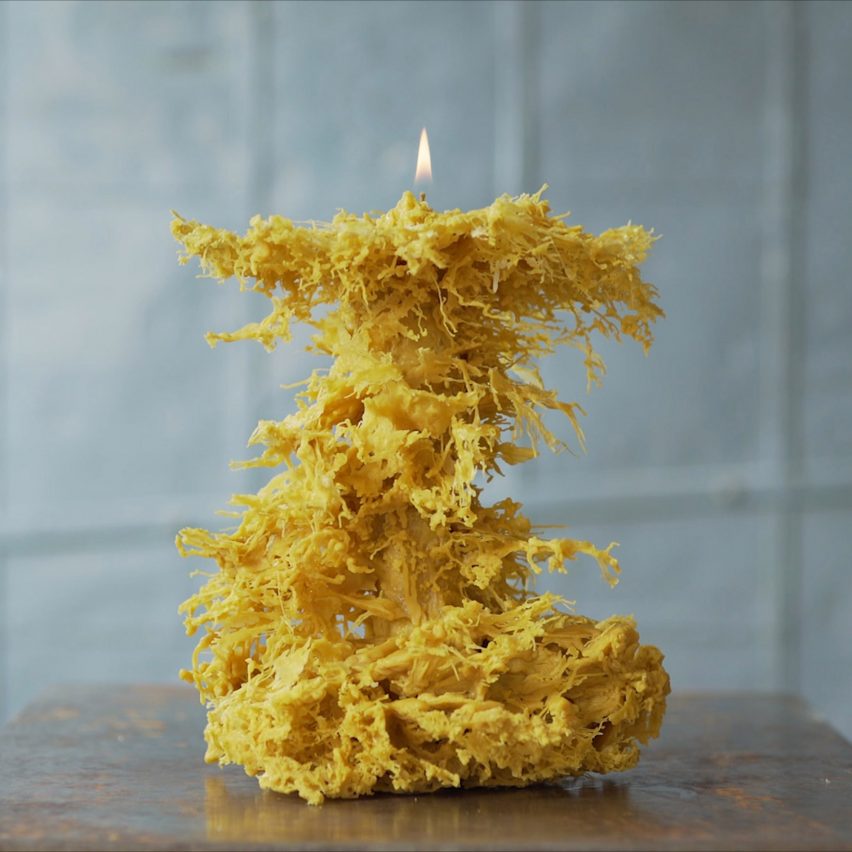 Canadian brand Bocci is selling the design method behind an unreleased candle prototype as an NFT, as design companies look to utilise blockchain technology to monetise their digital assets.

The virtual do-it-yourself kit, which includes instructions for how to make the 64 candle alongside a video of its manufacturing process, is being sold as a limited edition of 64 via Rarible, a marketplace for digital collectibles.

Each kit is linked to a non-fungible token (NFT), which acts as a blockchain-based certificate of authenticity and ownership.

The technology, which has exploded in popularity in recent months, has given designers and artists whose work exists digitally – including 3D rendering artists such as Andrés Reisinger and Alexis Christodoulou – the ability to sell their pieces directly to customers.

Now, established design brands such as Bocci are starting to use NFTs to commodify the digital assets that exist around real products, such as videos, plans, renders and instructions, for which there was previously no market.

Candles can be made “at one’s own risk”

Bocci’s 64 candle dates back to 2018 and is formed of fragile, filigree tendrils that are created by allowing molten wax to cool around a wick in a centrifugal chamber filled with shards of ice.

“At that time we were confounded by the problem of shipping, or if I’m honest even simply moving the object,” Bocci co-founder Omer Arbel told Dezeen.

“We had the idea to cast 64s into solid blocks of ice and then ship the blocks, using the same global infrastructure used to ship fresh meat and fish, with the collectors positioning the object in its final location and waiting for the ice to melt.”

As the amount of work and money involved in this seemed untenable, the design was shelved together with the footage that had been taken of its creation process.

However, Arbel recognised the potential of NFTs to help turn the conceptual idea behind the project and the video into a sellable product.

“We were delighted when we realized that NFTs could allow the idea to finally travel – albeit virtually,” he said. “We can’t ship one to you but if you like, you can make one yourself!”

“It is technically possible. However, the making process involves centrifugal forces and hot wax, so I should say it would all be at one’s own risk,” Arbel added.

“NFTs offer non-events a place in the conversation”

Each of Bocci’s DIY kits is being sold for 0.05 Ether, the second-largest cryptocurrency after bitcoin, which is equivalent to around £64. The launch is a first step in the brand’s mission to incorporate digital-only collectible design into its future product collections.

According to Arbel, this offers designers the possibility to sell the idea behind a project rather than just the physical product itself.

“As a studio and creative team, we place ideas and innovation at the forefront of product development,” he said.

“Consider a different discipline – history,” Arbel added. “How much impact have fictional characters from literature or popular culture had on real events.”

“Or how about non-events? How much impact have things not happening had on the course of history? Has this impact been comparable to that of events that did happen? Switching back to our discipline, NFTs possibly offer those non-events or fictions a place in the conversation.”

Concerns rise about fraud and environmental impact of NFTs

With more and more artists and designers venturing into the NFT space and artworks fetching increasingly lofts sums, concerns are mounting about the market’s potential for fraud.

Simon Stålenhag and illustrator Derek Laufman are among a number of artists who have found that their works are being minted as NFTs and sold without their permission.

And last week, after Toronto artist Krista Kim sold the “first NFT digital house in the world” for over half a million dollars, the project’s 3D visualiser claimed he was discredited from the project and did not receive the payment he was promised.

Kim denied the allegations, saying that he was “properly compensated for his services” and she retains the full copyright for the project.

As NFTs are being used more by designers architect Chris Precht also raised concerns about the sustainability of blockchain technology.

“Just to [mint] one token through the blockchain equals out the same amount of electricity I usually use in one month,” he explained after abandoning plans to sell a number of digital artworks backed by NFTs.

The post Bocci releases DIY instructions for its 64 candle as an NFT appeared first on Dezeen.